(ORDO NEWS) — In May 2021, the first Chinese rover, the Zhuzhong, landed on the surface of Mars. The place of his arrival was the plain of Utopia – a lowland of a rounded shape, the diameter of which reaches 3300 kilometers.

The mass of the research apparatus is 240 kilograms, and in size it can be compared with the American Spirit and Opportunity. At the time of writing, the Chinese rover has already completed the main scientific program, that is, it has worked for 90 Martian days.

Since the vehicle performed well and still had enough fuel, it embarked on an extended mission. Recently, Chinese scientists shared that their rover sent the results of the work in the first 60 Martian days. While driving on the surface of Mars, it became clear that the local soil is very different from the lunar regolith.

Usually scientific discoveries related to Mars are related to the atmosphere, and there is little information about the properties of the surface of the planet. So let’s look into the details.

Features of the Chinese rover “Zhuzhong”

The discovery that the Zhuzhong rover made in the first 60 days of work on Mars was described in the scientific publication Nature Geoscience.

The device is equipped with six wheels and solar panels, thanks to which it traveled 450.9 meters in a relatively short period of time. Equipped with cameras, ground penetrating radar, a spectrometer and a number of other sensors, he was able to learn some details about the features of the ground under his wheels. 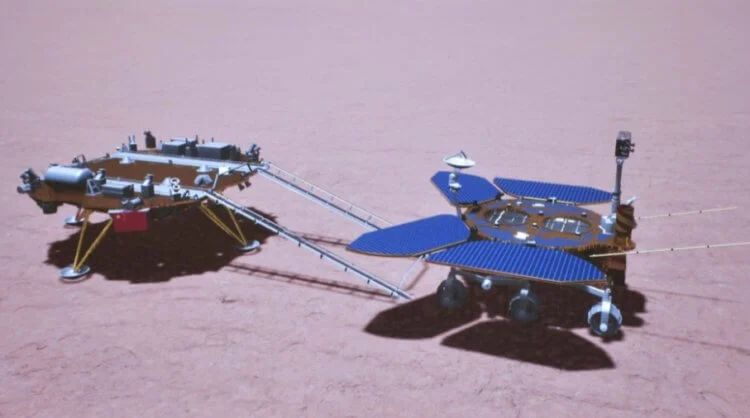 The descent of the Zhuzhong spacecraft to the surface of Mars

Features of the Martian plain Utopia

The Utopia Plain is a low-lying area that is about 3.36 billion years old. On these lands there are hundreds of craters located on top of each other, as well as eolian ridges.

For reference, eolian deposits are called geological deposits that were formed from materials brought by the wind. At the same time, there are few large boulders on the plain, but there are small pebbles. The bedrock is partially covered with sand.

Judging by the photographs sent by Zhurong, the landscape of Utopia Plain was shaped by various phenomena. Sometimes asteroids fell on it and left deep traces, part of the geological formations arose as a result of freezing and melting of water.

But the biggest contribution to the formation of the plain was made by the Martian wind, which carried a large amount of sand. 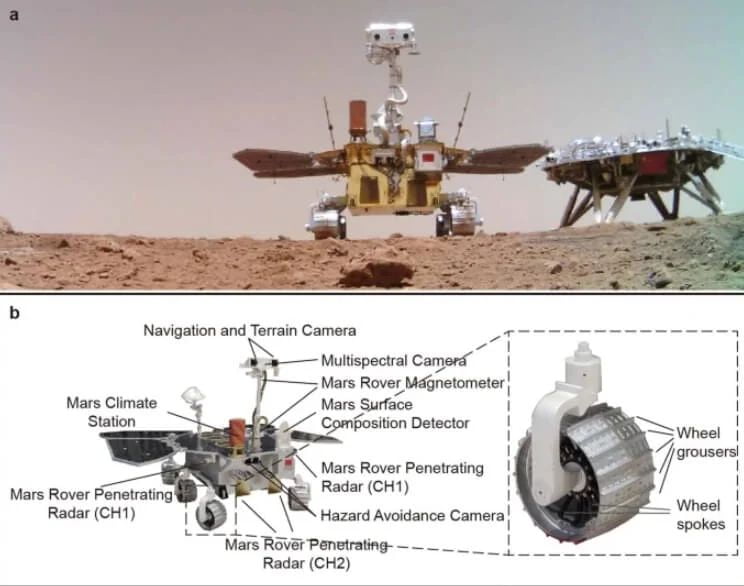 The design of the rover “Zhuzhong”

Scientific discovery of the Zhurong rover

While driving on the surface of Mars, the Zhuzhong apparatus recorded the mechanical properties of the Martian soil. The surface of the Utopia plain is covered with a rather strong and sticky layer of rocks.

Because of this property, the rover firmly clung to the surface of Mars with its wheels. If that tells you anything, then the hardness of the soil on the Martian plain has been estimated in the range of 1390 to 5872 kilopascals per meter.

But it would be more understandable to say that the soil on Mars is much stronger than the lunar regolith. At least, such a conclusion can be drawn based on the data collected by the Yutu-2 lunar rover. 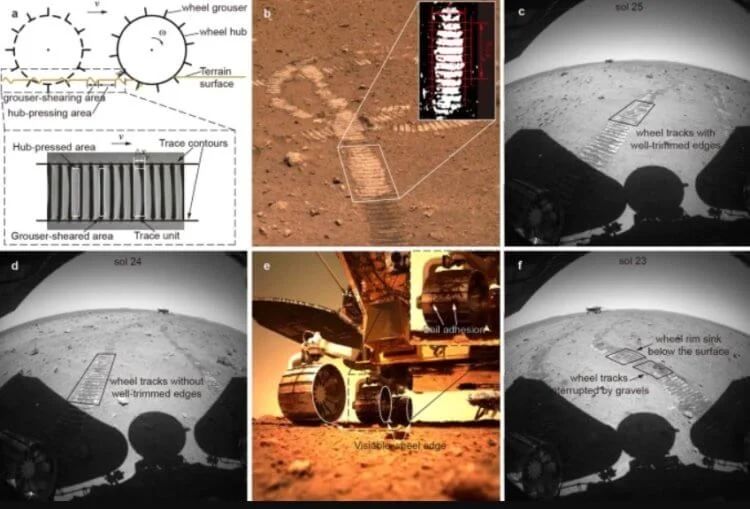 Traces of the Zhuzhong rover on the surface of Mars

It is important to note that the Zhuzhong rover is part of the Tianwen-1 mission. In addition to it, an orbiter was delivered to Mars, which is called the same as the research mission.

It is noteworthy that even before reaching the planet, the aircraft was able to take several photographs that resemble frames from science fiction films.

It is expected that through joint work, the rover and the orbiter will be able to create a detailed map of the planet’s surface and learn interesting details about its internal structure.

Most of all, Chinese scientists hope to find reserves of water ice. After all, such a discovery will greatly increase the chances of finding traces of life on Mars, or even still living beings. 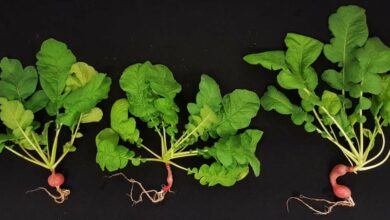