(ORDO NEWS) — A hundred meters below the surface of the moon lie untouched caves. They were discovered about ten years ago, and space agencies want to send robots to explore them before the astronauts go there.

“On the surface of the moon, temperatures are 150 degrees above zero during the day and 150 degrees below zero at night,” says Lucas Froissart, EPFL.

“In these underground caves, which can be entered through natural vertical pits, the temperature is -30 degrees and there is no radiation. Since the climate is constant and tolerable for humans, these tunnels can presumably serve as base camps.”

During his graduate studies, Froissart completed an internship at the Japan Aerospace Exploration Agency (JAXA). Due to the pandemic, I could not go to Tokyo, so I did an internship in the laboratory of Professor Auke Eispeert, collaborating with Japanese colleagues via videoconference.

Froissart’s instructions were brief: he had 6 months to develop a mechanism capable of moving six robotic explorers through the lunar tunnels.

“I didn’t even see what these robots looked like. I was just told they were like a gym ball in terms of weight, size and stiffness,” he says. So Froissart bought some exercise balls and set about building an exoskeleton that could support six robots. How high is the fall?

“The exoskeleton is designed to be dropped into a lunar pit about 100 meters long,” says Froissart. “When it touches the ground, the three explorer robots will travel at a 45-degree angle as far as possible into the cave. The remaining three are released locally for immediate data collection.”

His system tests had to take into account not only the height of the fall, but also the weightlessness and lack of air resistance on the Moon. Froissart calculated that he had to drop the exoskeleton from a height of 20 meters to Earth in order to simulate lunar conditions. 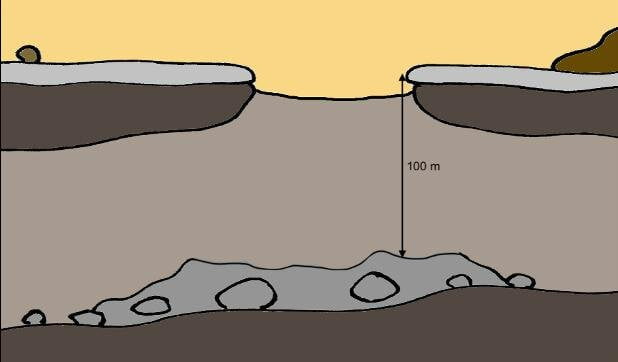 Froissart found the perfect place to test while walking around the EPFL campus: the RTS construction site next door. He was allowed to use one of the scaffolding to drop the exoskeleton. “The site workers even made me a sandbox with a ton and a half of sand for landing,” he says.

Several hundred tests later, he finally succeeded, as the balls flew several meters away the moment the structure touched the ground. He received positive feedback from JAXA, who planned to continue his work. “Perhaps in a few years we will see it on the moon,” he says.

Froissart, who has always wanted to work in the space industry, recently found work building satellites and rocket nose cones in Zurich.