(ORDO NEWS) — Experts from Uganda and Japan have found that Plasmodium falciparum parasites are partially not afraid of artemisin. This drug is considered the most effective today and is used to treat malaria. This is a very serious threat to all people in Africa. The results of the study were published in the scientific journal New England Journal of Medicine.

Artemisin is considered not only the most effective, but also the most common drug with which you can cure tropical malaria, provoked by such a parasite as Plasmodium falciparum. It helps to reduce not only the death rate, but also to remove the many complications that can arise as a result of the disease around the world. To date, resistance has been found in those parasites that live in the Mekong River basin, which is located in East Asia. Experts believe that such a phenomenon will be a real disaster for Africa, where about 90% of cases and deaths caused by malaria are regularly recorded.

In a Northern Uganda hospital, a study was conducted that showed that those patients who took artemisin for malaria in 2017-2019 were very slowly recovering. This may indicate that the pathogen is partially resistant to the drug. Scientists also found some mutations in DNA that are related not only to resistance to artemisin, but also associated with too slow elimination of them from the body. 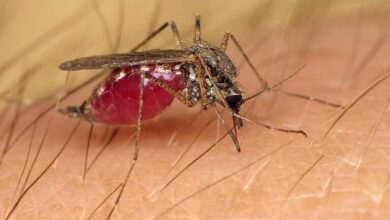