(ORDO NEWS) — Over the years, boats with dead fishermen have arrived on the northern coast of Japan. But in the past few years, such incidents have become noticeably more frequent.

The situation became shocking in 2017. Then 100 boats sailed to the coast of Japan, on board of which there were 35 dead bodies. In 2016, slightly fewer “ghost ships” were washed ashore – only 66.

Experts have been trying for a long time to find the reasons for what is happening. The country’s coast guard believed the bad weather was the cause. Some experts were also convinced that the “ghost ships” appeared because of the aging fishing fleet of North Korea.

The international organization Global Fishing Watch has conducted a study. Due to this, new assumptions about what is happening have appeared. Experts are confident that China’s “dark fishing fleets” are the cause.

The specialists used various kinds of satellite technologies, with the help of which they analyzed the sea transportation that was carried out in this region in 2017-2018.

The study found that numerous Chinese ships were fishing illegally during this period. They began to push the North Korean fleet, which does not have sufficient equipment, towards Russian and Japanese waters.

It should be noted that not only fishing, but also the sale of North Korean fish is a violation of international rights. In 2017, the UN banned the fish trade due to the DPRK testing ballistic missiles. But this did not become a hindrance for more than one and a half thousand Chinese ships that were fishing in 2017-2018.

Today, the DPRK is gradually recovering the profits lost as a result of poaching by selling fishing rights to foreign companies. 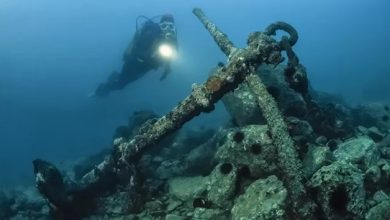