(ORDO NEWS) — Archaeologists have unearthed three earthen ovens during excavations at the Tambo Viejo site, which the Incas used to cook food for a ritual feast.

Plant remains and animal bones indicate that for such celebrations, meat was cooked along with sweet potato or cassava – mostly young male camelids. Arranging feasts with food and alcohol, the Incas added to the location of subjects. The results of the study are published in the journal World Archeology.

In the 15th century, the Incas created the largest pre-Columbian state in South America. Like the more ancient Andean civilization of Huari, which existed in the second half of the 1st millennium AD, the Incas regularly held ritual feasts to strengthen their influence in conquered or annexed lands.

Similar celebrations, recorded by the Spaniards, were held monthly and were accompanied by sacrifices, ritual dances and songs, and the consumption of large quantities of fermented drinks (chicha) and food. They were arranged at the expense of the state and pursued as their goal the maintenance of political loyalty.

After the Incas included the Akari Valley in their empire around the middle of the 15th century, they founded the administrative center of Tambo Viejo there, which existed for a fairly short time.

Archaeologists have found on this monument some features characteristic of the Incas, for example, two rectangular squares, on which the layout strongly depended. Most of the buildings were built of mud brick, which was laid on a foundation of cobblestone and mud mortar. It is noteworthy that before the construction of their structures, local residents sacrificed guinea pigs. 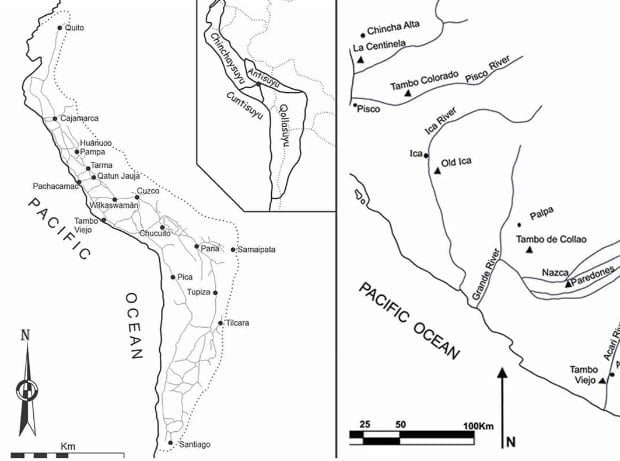 Lidio Valdez of the University of Calgary and independent researcher Katrina Bettcher studied three earth ovens that were recently unearthed during excavations of the remains of structures near the main square of the Tambo Viejo settlement. According to scientists, they were used to prepare food for a large number of people.

The first furnace was a cylindrical pit 48 centimeters in diameter and 60 centimeters deep. The opening of the pit from above was lined with cobblestones in a circle. Archaeologists have found ash, charcoal, and canna leaves (Canna edulis) inside this furnace, which were also found outside the pit. In addition, scientists unearthed plant remains near the oven, fragmented bones of camelids (Camelidae) and several sacrificed guinea pigs, some of which were decorated with brightly colored earrings and necklaces. 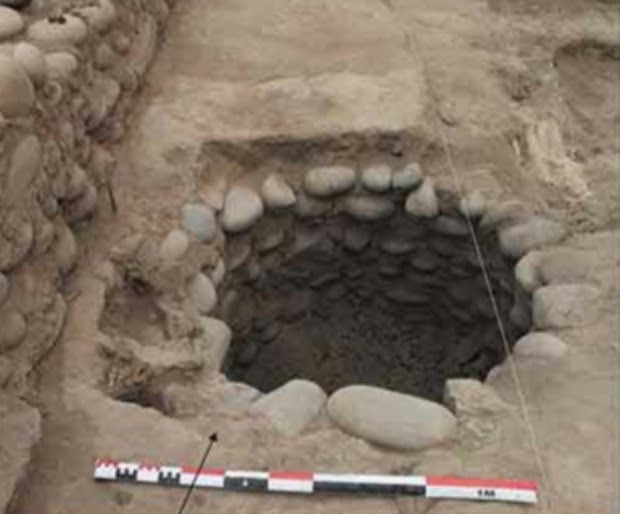 The second oven turned out to be larger and better designed. It was also cylindrical in shape, about one meter in diameter and 1.2 meters deep. Its walls were lined with small cobblestones coated with clay. This indicates that it was made for repeated use. Inside the pit, archaeologists found charcoal, Inga feuilleei leaves and canna, as well as a partially burned sweet potato (Ipomoea batatas). Next to the stove were a broken vessel, which may have been intended for chicha, as well as partially burnt camel bones.

The third furnace turned out to be the smallest and was a pit with a diameter of 40 centimeters and a depth of 30 centimeters. In its design, it turned out to be similar to the first furnace. Next to it were the leaves of the edible canna, as well as a broken large ceramic vessel. The first and third finds, according to the researchers, are similar to modern Peruvian pachamanca ovens. 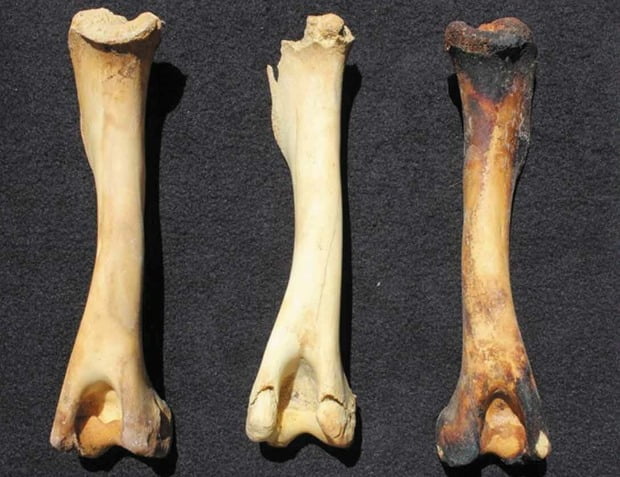 Scientists have noted that, judging by written sources, ordinary inhabitants of the Inca Empire rarely ate meat, except for state-sponsored holidays. In Tambo Viejo, they found a small number of guinea-pigs, birds, fish, and 1897 camelid bones, which confirms the use of the latter as the main source of meat in this area.

The study showed that the bones belonged mainly to young male animals. Archaeologists believe that feasts in Tambo Viejo included sweet potato, cassava (Manihot esculenta) or similar crops and spiced meats roasted in earthen ovens.
Archaeologists believe that these finds point to a feast that took place in the regional center of Tambo Viejo during the existence of the Inca Empire. According to scientists, the Incas understood that joint feasts helped to establish trusting and friendly relations with the conquered population. These were lavish ritual celebrations in public places (probably squares) to which the ruling elite supplied large quantities of drinks, food, coca and other valuables.