(ORDO NEWS) — Ishim doctors removed a fork from the stomach of a local resident.

Ishim doctors rescued a woman with a fork in her stomach. The patient had to undergo abdominal surgery to remove a foreign body from the body.

A 26-year-old woman was admitted to the admission department of OKB No. 4 in the city of Ishim at 1 am. She explained that she tried to induce vomiting with a fork after eating a large amount of fatty food.

– However, the device slipped out of her hands and the girl accidentally swallowed it. Frightened, she immediately asked for medical help, – the press service of the regional hospital No. 4 reports. 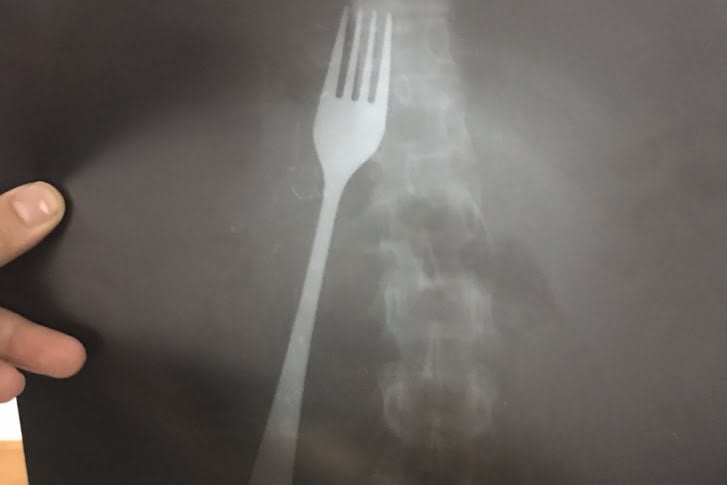 X-rays confirmed the presence of a fork in the woman’s body. The specialists decided to carry out an urgent abdominal operation, since the object did not come out naturally and it was not possible to get it with the endoscope. Surgeon Talekh Yusifov removed the fork from the stomach, where the cutlery had already dropped.

– The operation was carried out in 35 minutes. The patient was lucky – the sharp edges did not damage the stomach wall. If perforation occurs, peritonitis or gastrointestinal bleeding could occur. It’s good that everything ended well, ”says surgeon Taleh Yusifov. – For the first time in my practice I had to remove such a foreign object from a woman’s stomach. More often this happens to people who are serving sentences in places of detention.

Now the patient’s health is not in danger. She receives treatment in the surgical department.