(ORDO NEWS) — Once upon a time there was a circus strongman who bore the name “Great Belzoni”. From Italy he went to London and married an Englishwoman who may have been a tightrope walker.

In the theater he played the Giant in Jack and the Beanstalk and lifted 11 people on a metal structure. He studied hydraulics and engineering in Rome, but apparently the circus life paid better. 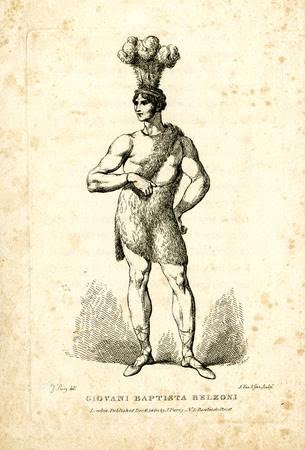 In 1812, Belzoni began performing throughout Europe. In the end, he is brought to Cairo, where he meets the Ottoman ruler of Egypt – Belzoni shows him an invention that supposedly can increase the level of the Nile.

It doesn’t get to that point, but he connects with one person who puts him in touch with the right people who change his life. Or maybe not with those, given what happened. 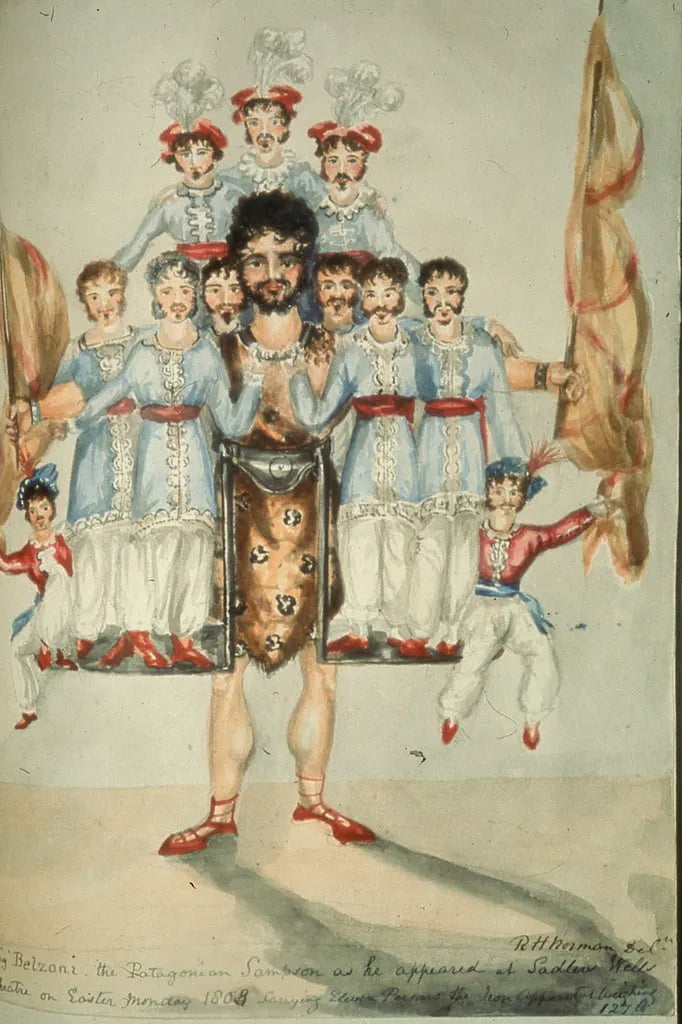 The great Belzoni works for the British government, which is tasked with transporting a giant seven-ton granite bust of Ramses II to London. No, he didn’t pick it up. He wasn’t that strong. He used levers, rollers and more.

It worked and it is now in the British Museum. Along with many other things that you probably shouldn’t have taken.

Belzoni begins to travel around Egypt as a self-proclaimed adventurer. He clears the sand at Abu Simbel, excavates at Karnak, and is the first to enter the pyramid of Khafre. His name is still inscribed inside. Oh, and he was famous for using battering rams to get in there. 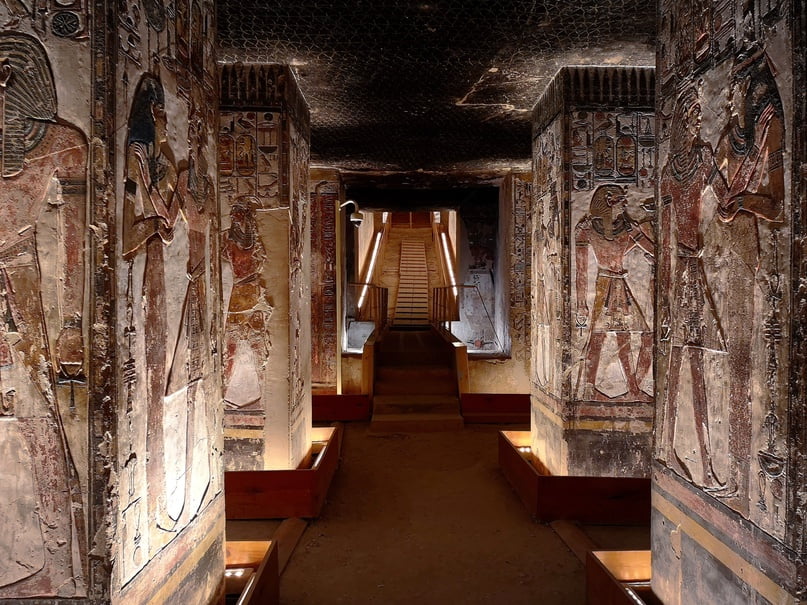 Remember that this was a time when Egypt was dearly loved, especially in Britain.

People were running all over the place looking for things to sell. Mummies were regularly unwrapped at high-end Victorian dinner parties. So I guess Belzoni is something like the more chubby Belloc from Raiders of the Lost Ark.

In the end, in search of discoveries and antiquities, Belzoni discovers the tomb of Seti I and … destroys it. 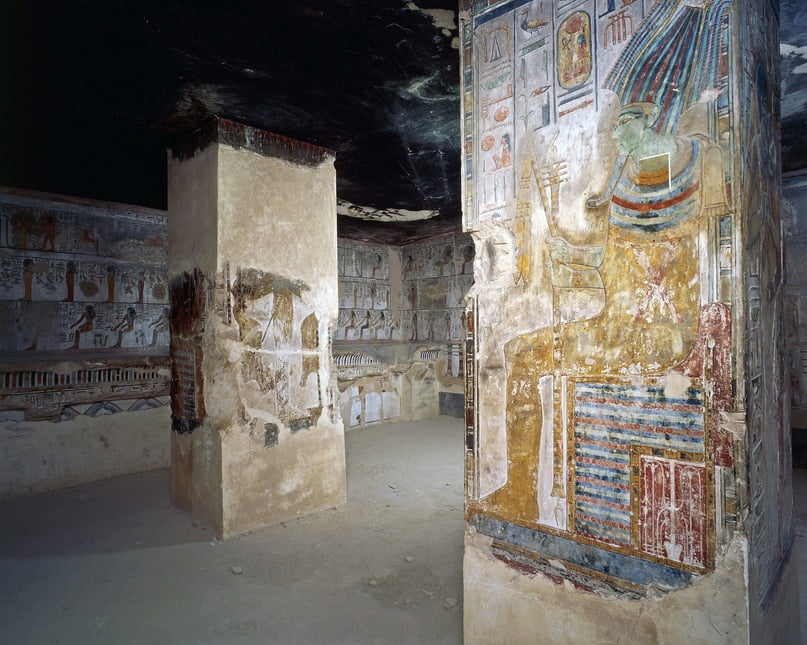 Instead of simply having people create drawings of painted reliefs, he also made so-called “indentations”. He pressed wet papers against the reliefs, let them dry, then tore off the papers. The result was a colored three-dimensional image. Obviously it did a lot of damage. Thanks Belzoni.

He also cleared the entrance to the tomb of debris that held back water during flash floods. Guess what? It began to rain, and most of the tomb was flooded. More destruction.

He even sold the Seti I sarcophagus to a British architect for £2,000. It still stands in a museum in London. Not in the British Museum – even they didn’t want to pay that much. In addition, they already had a lot of stolen things. 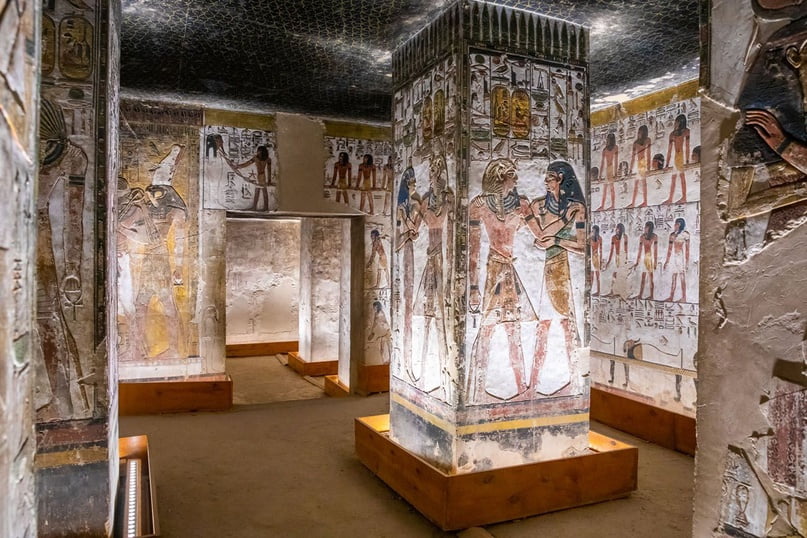 Years later, other people continued their attack on the tomb – they cut out whole pieces of reliefs and sent them to European museums. Thanks Belzoni. Thanks idiot.

Despite all this, the tomb itself is still absolutely impressive – especially the burial chamber.

Seti himself is quite famous, he is also the father of the much more famous Ramses II. The tomb of the Net is huge. It is the longest and deepest in the entire Valley of the Kings.

It has only recently been reopened to the public after extensive conservation work, and tickets cost an additional $65 to limit the number of visitors. 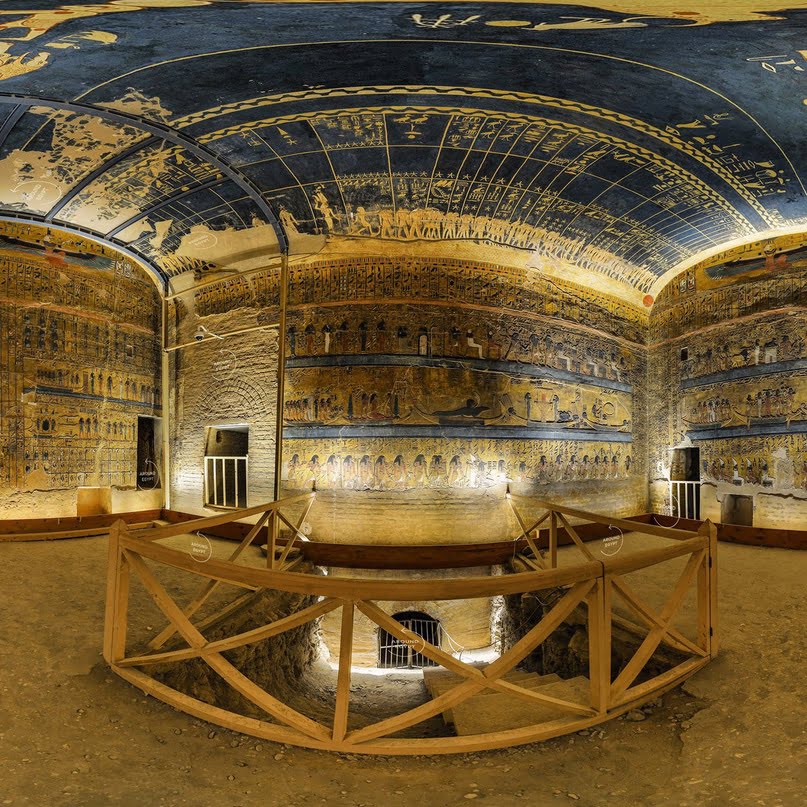 Each surface is covered with bright paintings – most of them are ancient Egyptian funerary texts. There are many different “books” and similar scenes can be seen in many royal tombs.

The bottom line is this: We follow Ra, the sun god, on his solar boat journey through the underworld. He starts at sunset, faces a series of difficulties, then unites with Osiris and is reborn the next morning. The idea is that this reflects the journey the king has to make while trying to be resurrected in the afterlife.

You also see some large pillar scenes where the Sets are greeted by various gods – this is the kind of art that can be found on pieces that have been carved and sent to places like the Louvre. Thank you Belzoni, you made history by killing history. 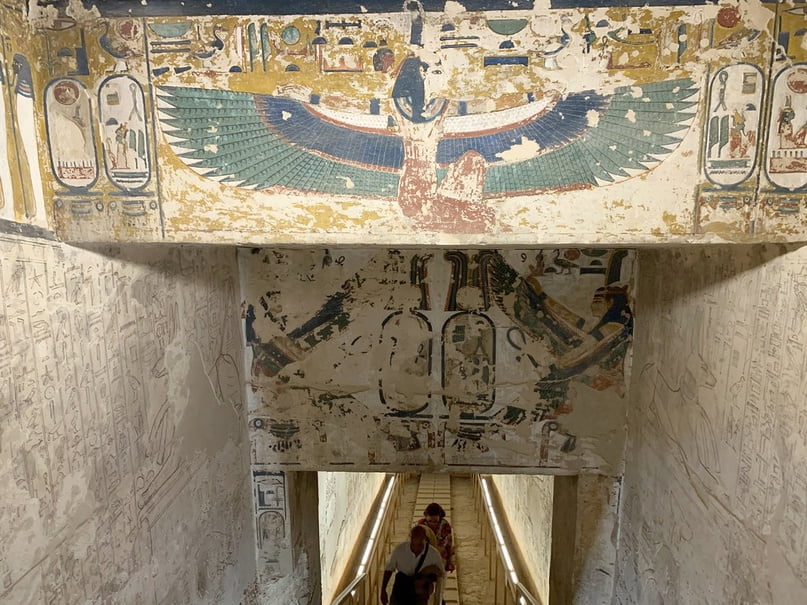 Here was the sarcophagus until Belzoni sold it for money.

Near the ceiling you can see the winged figure of Nephthys. It is easy to confuse her with Isis or Maat, who look the same except for what they have on their heads. On the top of her head, Nephthys has hieroglyphs meaning “basket” and “house”.

White ovals, called “cartouches”, are visible on both sides. So the names of royal persons were written. Below all this are scenes from one of the funerary texts I have already mentioned.

And the ceiling… ah, the ceiling. For obvious reasons, it is called the “astronomical ceiling”, and several constellations are depicted on it. 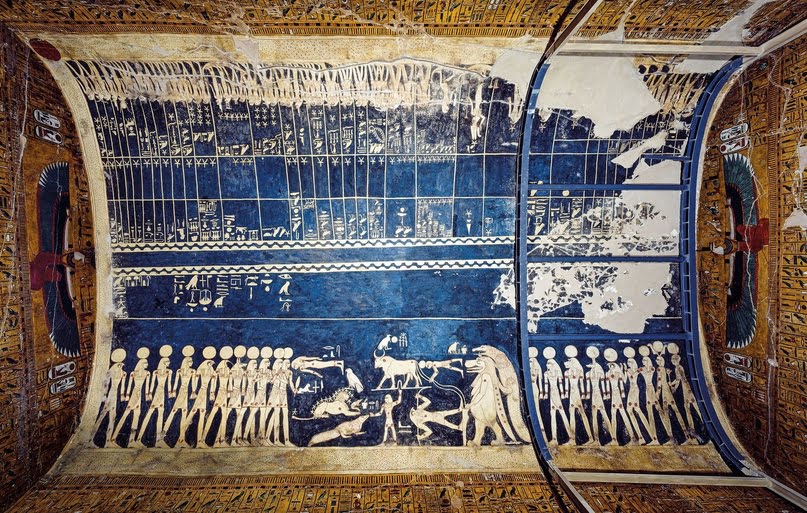 On the left you can see what is essentially a diagram. These are the so-called “decans” – 36 different configurations of stars that were used to indicate the passage of time by their location in the sky.

In fact, decans are groups of stars that fall below the horizon and rise back depending on the time of year. Therefore, you know what day it is.

I believe the diagram shows the number of stars in each decan, as well as their names and the names of the gods and goddesses representing those stars.

Calendars were especially important to the ancient Egyptians because they depended so heavily on the flooding of the Nile to grow their crops.

In any case, despite the terrible and unnecessary damage done to other parts of the tomb, the burial chamber itself looks like it was painted yesterday, not more than 3,000 years ago.

I highly recommend visiting it if you get the chance. And you can visit the Seti himself in the museum in Cairo, where his amazingly well-preserved mummy is now located.

As for the Great Belzoni, he wrote a book and showed his drawings in London and Paris. In 1823 he tried to get to Timbuktu, fell ill with dysentery and died. One person claims he was robbed and killed. Either way, it could be a boon for the old city.