(ORDO NEWS) — Our Sun is more massive than most known stars . To be more precise, the average mass of stars in our Galaxy is about half that of the Sun, and such stars are called red dwarfs or low-mass stars.

Because a star’s temperature and brightness depend on its mass, these low-mass stars are cooler, redder, and dimmer (optically) than our Sun. However, in the infrared where red dwarfs emit most of their light they are relatively bright.

Despite the fact that red dwarfs are quite difficult to detect, their study is extremely important for modern science, since they account for more than half of the entire stellar “population” of the Milky Way !

Stars of all sizes form about the same

Gravity slowly pulls gas and dust out of the interstellar cloud into the spinning disk, and out of the disk into the growing stellar “seed” or protostar. It is noteworthy that in about half of the cases, two (sometimes more) protostars are formed from one disk at once.

The size of a star depends on how much material the protostar absorbed at an early stage of development. If the cloud has a low density, or if several protostars form from one disk, then the result will be a low-mass star. But a disk in a high-density cloud that feeds one protostar can become a giant monster star. 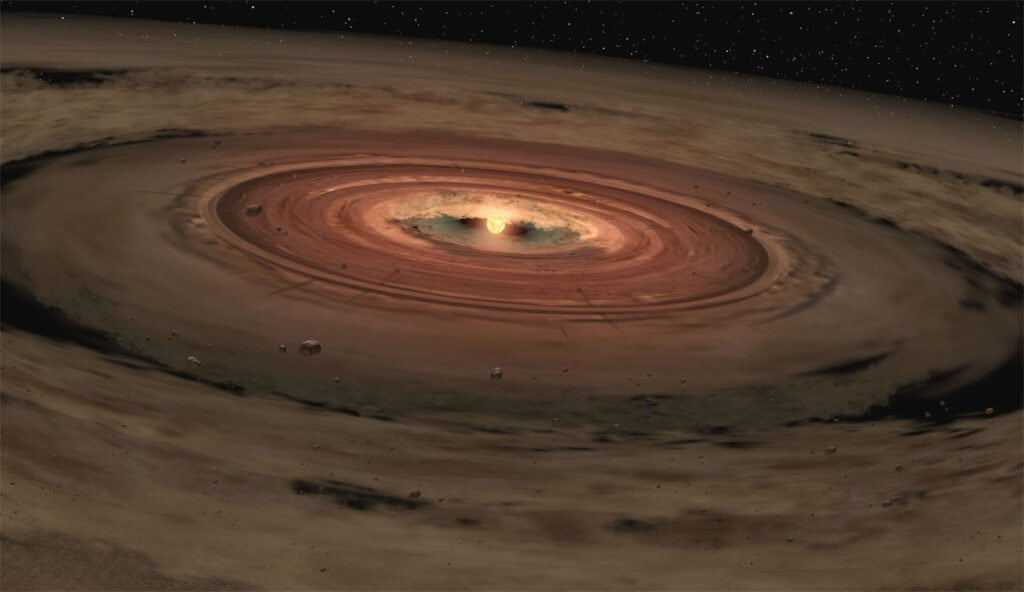 As protostars form, planets are born in their rotating disks; gravity pulls “building blocks” towards tiny planetary seeds (protoplanets) so small that they grow very, very slowly, never reaching a mass close to that of a star.

If Jupiter formed from star seed and evolved into a star, then the Earth would probably be uninhabitable because it is extremely difficult to find stable planetary orbits in binary star systems.

But why is Jupiter just a huge planet, a gas giant, and not a tiny star? What makes a star a star? Just two words: thermonuclear fusion.

Fusion is the process of atomic nuclei colliding with each other at very high speeds, causing the nuclei to fuse together and form an entirely new atom. The sun, like most stars, shines, radiates energy obtained during thermonuclear fusion, which takes place in the core. 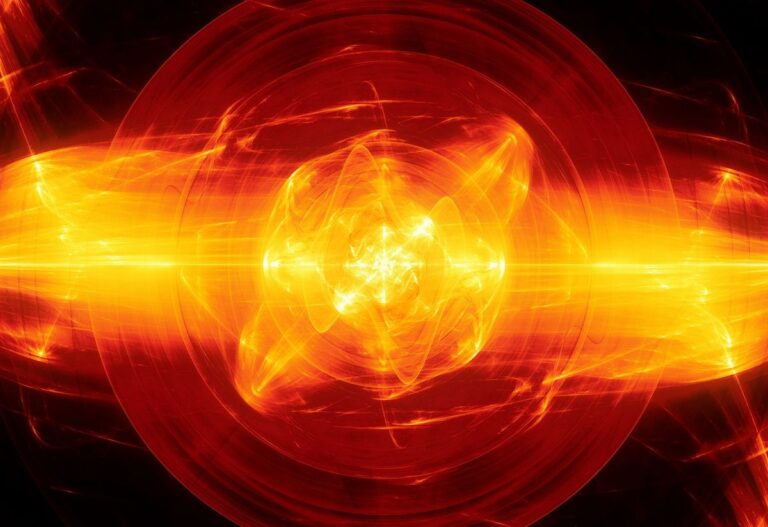 A single fusion reaction releases very little energy, but every second there are a huge number of reactions that generate all the heat and light that we receive from the Sun.

The fusion process requires that the pressure be greater than 2×10^16 Pa. There is such a gigantic pressure in the core of a star, because the huge mass of the outer shells presses on it.

Brown dwarfs are strange objects that are neither planets nor stars. Brown dwarfs do not form like protoplanets in rotating disks around protostars, but emerge on their own as the seeds of stars.

However, they don’t get enough material to start fusion; instead, they slowly shrink, cool, and glow in the infrared from the release of gravitational energy, like Jupiter. In the end, these wandering objects (they do not have a parent star and they “float” randomly through the Universe) simply disappear.

Although brown dwarfs never truly become stars, some of them can “pretend” to be a luminary for a short period of time.

As mentioned above, to start thermonuclear fusion, objects need to be 80 times more massive than Jupiter. However, if a brown dwarf has at least 13 times the mass of Jupiter, it could fire a limited form of fusion. Such brown dwarfs convert a heavy isotope of hydrogen called deuterium into helium, releasing energy like stars.

Nuclear fusion will cease once the brown dwarf has used up all of its meager supply of deuterium. With the completion of fusion, the brown dwarf begins to shrink, cool, and glow faintly. 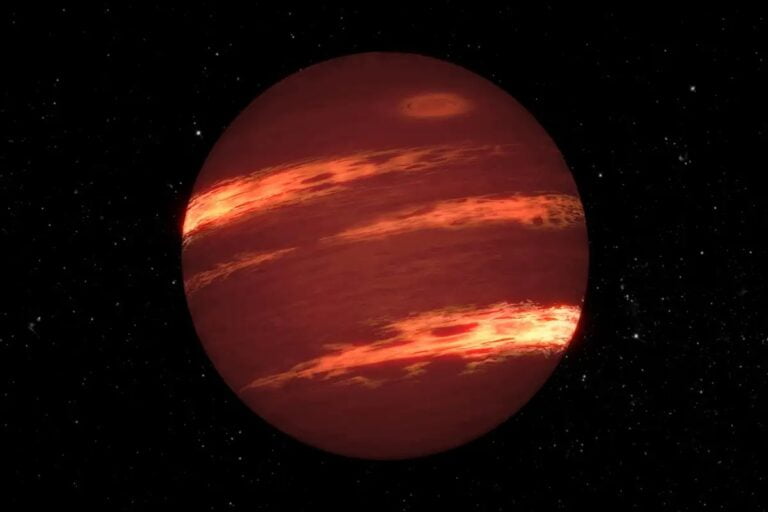 From the 2MASS Sky Survey project in 1997 to NASA’s Spitzer and WISE missions, astronomers at Caltech’s Infrared Processing and Analysis Center ( IPAC ) have been at the forefront of discovering and studying brown dwarfs. Their latest estimates based on WISE data indicate that there is one brown dwarf for every six stars in the Milky Way.

Why are red supergiant stars dancing

Why are red supergiant stars dancing