(ORDO NEWS) — If not for the powerful stellar flares observed from the ultracold red dwarf TRAPPIST-1, which has a planetary system of at least seven planets, then this would be an ideal place to search for extraterrestrial life.

The TRAPPIST-1 planetary system, which includes three rocky exoplanets in the habitable zone, where the temperature conditions are suitable for the surface of these worlds to have liquid water, has attracted the attention of astrobiologists since its discovery.

The system is “only” 39 light-years from Earth, which makes it available for direct observation in the near future using, for example, NASA‘s James Webb Space Telescope .

Only here this system has one serious drawback. Like most red dwarfs, TRAPPIST-1 exhibits “aggressive behavior”, being a source of frequent and powerful – significantly more powerful than solar – flares.

TRAPPIST-1 is a very cold star, and therefore the habitable zone is very close to it, which raises reasonable concerns about planetary sterilization by flares.

However, a new study published in the Astrophysical Journal Letters turns everything on its head, indicating that these flares may have a beneficial effect on the interior of exoplanets that are in the habitable zone.

The authors of the study admit that powerful flares from TRAPPIST-1 could activate geological processes that maintain the stability of planetary atmospheres, and this may increase the chances of detecting life on those worlds.

The scientists acknowledge that additional calculations are needed to determine the balancing effects, but they argue that we should not be too quick to write off planetary systems with flare stars.

“Plasma bursts and enhanced UV radiation associated with coronal mass ejections and flares can lead to ionization of exospheres and contribute to atmospheric erosion,” the study notes.

“This has been extensively studied, and debate rages about whether such effects preclude the prospect of presence of life around frequently flaring stars such as Proxima Centauri.” 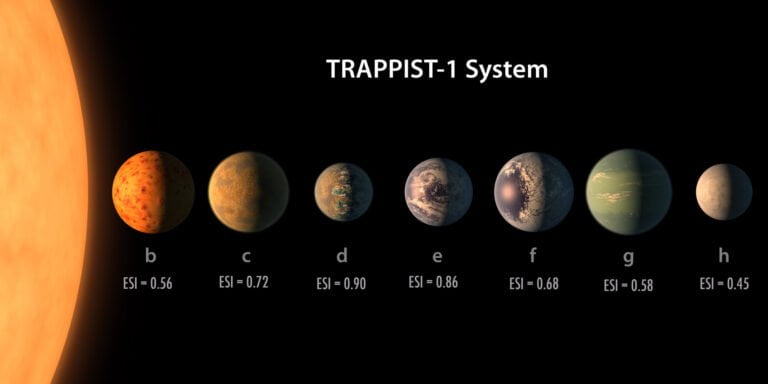 This is one of the biggest questions, the answer to which will allow us to better understand the topic of the spread of life in the Milky Way and in the Universe.

Most of the known exoplanets considered as potentially habitable worlds orbit stars like TRAPPIST-1, as red dwarfs are the most common stellar-type objects in the universe.

If all these exoplanets are devoid of atmosphere and sterilized, then our chances of finding life at a relatively small distance from the solar system are greatly reduced.

However, as the researchers note, no one has previously taken into account the electrical currents that flares like those demonstrated by TRAPPIST-1 can cause inside exoplanets.

Rocky planets, such as Earth , have insulating outer layers, but their “insides” are conductive.

By modeling the amount of heat released when these currents are dissipated, the scientists concluded that electricity will flow inside rocky planets whenever it is affected by the radiation of a powerful flash. 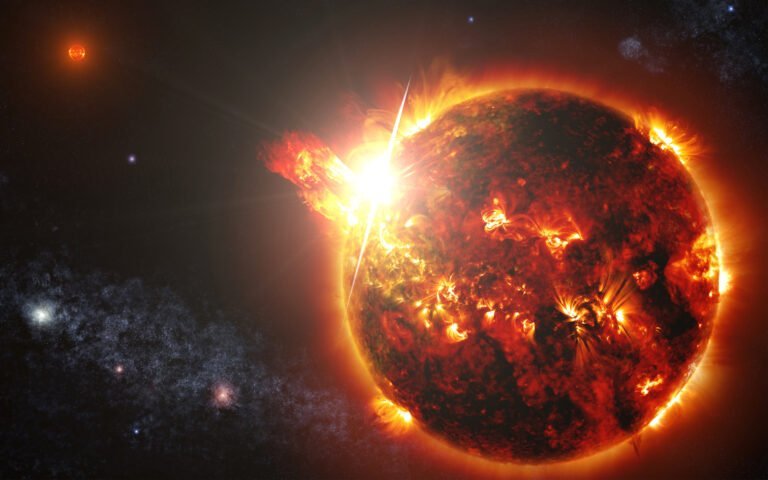 Some research suggests that strong magnetic fields could protect planetary atmospheres from powerful flares (although this is still debatable), but the new paper concludes that intrinsic magnetospheres would contribute to greater internal heating of exoplanets.

The combination of strong magnetic fields and regular powerful flares can increase the temperature of the interior of exoplanets in the habitable zone by 1000 Kelvin (approximately 727 degrees Celsius).

This greatly increases the chances that the TRAPPIST-1 planets that are in the habitable zone will have molten “insides”, despite their age.

Indeed, about 20 terawatts released would be similar to the heat released by radionuclides inside the Earth, which keeps it hot.

However, this depends on whether those exoplanets have fields comparable to Earth’s; we don’t currently know if they have magnetic fields at all.

An additional heat source like this could support plate tectonics and volcanic eruptions by saturating the atmosphere with a gas like carbon dioxide.

Much more research will be needed to determine whether atmospheric replenishment in this way would be sufficient to compensate for losses caused by flares, and if so, under what circumstances.

Exoplanets heated in this way can be intriguingly different from Earth.

The study notes that most electromagnetic heat will be dissipated at the very top of each planet, and no one knows how this will change planetary dynamics compared to radioactive decay occurring closer to the Earth’s core.

Strange ripples found at the edge of the solar system

Strange ripples found at the edge of the solar system