(ORDO NEWS) — 7 million years ago, a massive Triceratops died on our planet. His skeleton is almost completely preserved to this day – and is now one of the most intact skeletons ever found by paleontologists.

The fossil, nicknamed Horridus after the name of the species (Triceratops horridus), contains 85% of the complete skeleton of this animal.

Now the skeleton, collected by paleontologists, is on display at the Melbourne Museum in Australia in a new exhibition called Triceratops: The Fate of the Dinosaurs.

Skeleton of Horridus in numbers

The fossil was discovered on private land in Montana in 2014, and the Victoria Museum – an Australian organization that operates three public museums in Melbourne – acquired the specimen in 2020. 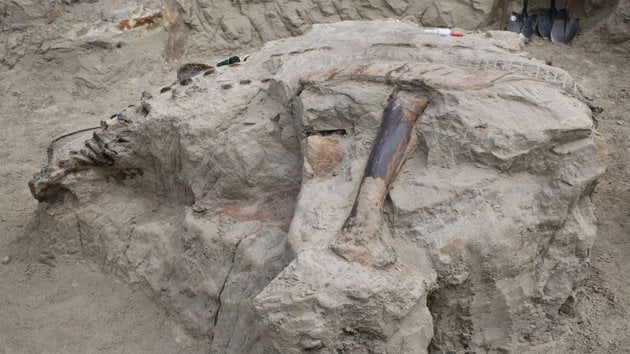 According to the museum, Horridus arrived in Melbourne disassembled: the bones were laid out in eight boxes, some of which were the size of a car. Fossil preparation specialists measured, marked and scanned each bone in 3D before assembling the skeleton for display.

According to Erich Fitzgerald, Senior Curator of Vertebrate Paleontology at the Victoria Museum, most of the Triceratops skeletons on display around the world consist of the bones of different individuals, and only Horridus (and perhaps a few other dinosaurs) are assembled entirely from the remains of a single animal.

“This fossil is composed of hundreds of bones, including a complete skull and entire spine, which will help us unlock the mysteries of how this species lived 67 million years ago,” says Fitzgerald.

Scientists can’t say for sure if Horridus was female or male, but researchers can learn a lot from his near-complete skeleton about Triceratops evolution, biology and behavior, Fitzgerald said in a statement.

Triceratops Big John found wounds that he received from relatives

Triceratops Big John found wounds that he received from relatives