(ORDO NEWS) — On the grounds of Shugborough Hall in Staffordshire, England, stands an 18th-century monument known as the Shepherd’s Monument.

The monument contains a relief depicting a copy of a painting by Nicolas Poussin and a ciphertext that has puzzled historians and codebreakers for hundreds of years.

What is the meaning of this apparently simple text of 10 letters? Why was he carved on the monument? Was it a declaration of unbreakable love, a code for locating something, or a biblical reference?

Although the meaning of the Shugborough inscription has never been confirmed, there are several theories about what it might mean.

The Shepherd’s Monument was commissioned by Thomas Anson, a member of the British Parliament, and made between 1748 and 1763 by the Flemish sculptor Peter Shea.

The monument consists of a relief of Poussin’s Shepherds of Arcadia, which depicts a woman and three shepherds, with the two shepherds pointing to the grave. 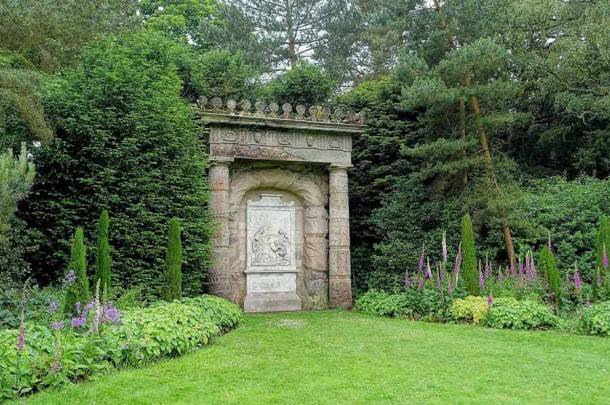 The words Et in arcadia ego are carved on the grave, which in Latin means “I am even in Arcadia.” Below the relief is a mysterious inscription, which has yet to be deciphered, and contains the letters OUOSVAV V. Framed by these eight letters, at a slightly lower level, are the letters D M.

The text of the cipher is so cryptic that it was included in the international bestseller “Holy Blood and the Holy Grail” by Michael Baigent, Richard Lee and Henry Lincoln, as well as in Dan Brown’s historical thriller “The Da Vinci Code”.

Both books presented the theory that Nicolas Poussin was a member of the secret Priory of Sion, a medieval monastic order, and that The Shepherds of Arcadia contained deep esoteric messages hidden within them.

Many theories have been put forward as to the meaning of this cryptic message, none of which have been confirmed. Some of the interpretations are acrostics, trying to match each letter with the first letter of the word, others are non-acrostics.

Perhaps these letters were an encrypted dedication to the deceased wife of Admiral George Anson. In 1951, it was suggested that the letters stand for Optimae Uxoris Optimae Sororis Viduus Amantissimus Vovit Virtutibus, meaning “The best of wives, the best of sisters, the most devoted widower dedicates [this] to your virtues.”

The letters may represent the Latin phrase Orator Ut Omnia Sunt Vanitas Ait Vanitas Vanitatum, which means “Vanity of vanities, says the preacher; all is vanity” from Ecclesiastes 12:8.

The letters may represent residents of Scarborough at the time the monument was built, namely “Orgreave United with Overley and Shugborough, Viscount Anson Venables Vernon”.

The code can be a number in the form of Roman numerals. One person determined that the Roman numerals D, M and three V equal 1515, which may mean 1515.

Further examination of the ancient variants of Roman numerals showed that values ​​could be assigned to every letter in the series, except U. This leads to a total of 1594, which is Nicolas Poussin’s birth year.

Another count of the letters shows that they add up to 2810. This number may be significant since Scarborough is 2810 miles from the so-called Money Pit on Oak Island, Nova Scotia, Canada.

According to one version, the letters OUSV are pronounced as losef, which refers to the biblical prophet Joseph.

The final theory is that the letters VV make up 10 and the remaining letters are an anagram of DEVOUT MASON. 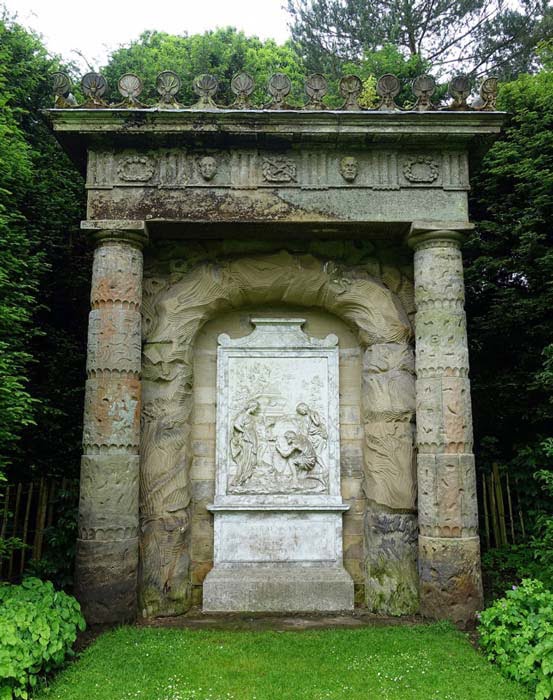 One of the most popular versions, which arose after the worldwide craze for the books “The Da Vinci Code” and “Holy Blood and the Holy Grail”, is that secrets related to the Priory of Sion are encrypted in the inscription.

Indeed, Pierre Plantard, founder of the Fringe fraternal organization, adopted the phrase Et in Arcadia ego, found both in a painting by Nicolas Poussin and on a monument to the Shepherd, as the motto of both his family and the Priory of Sion.

Proponents of this theory believe that deciphering the inscriptions, presumably Masonic symbols, will lead to the location of the Holy Grail.

It is not known if the inscription will ever be deciphered. Whoever made the inscription must have known that the letters would survive for centuries and be considered by future civilizations. Perhaps only a few knew about the purpose of the letters and what they mean.

The Shugborough inscription remains a mystery to those who attempt to decipher it, though its true meaning may have been lost to the pages of history.