(ORDO NEWS) — Researchers have found evidence of a long-lost branch of the Nile River that could have been used to move building blocks weighing more than 2 tons each to build the pyramids at Giza.

Archaeologists around the world continue to speculate about how the massive pyramids of Giza were built with limited technology.

A new study provides an unusual clue about how these massive limestone blocks were transported. It was a canal that came out of the Nile and cut through the desert area, making it easier to transport these blocks.

This arm of the Nile has since been lost. 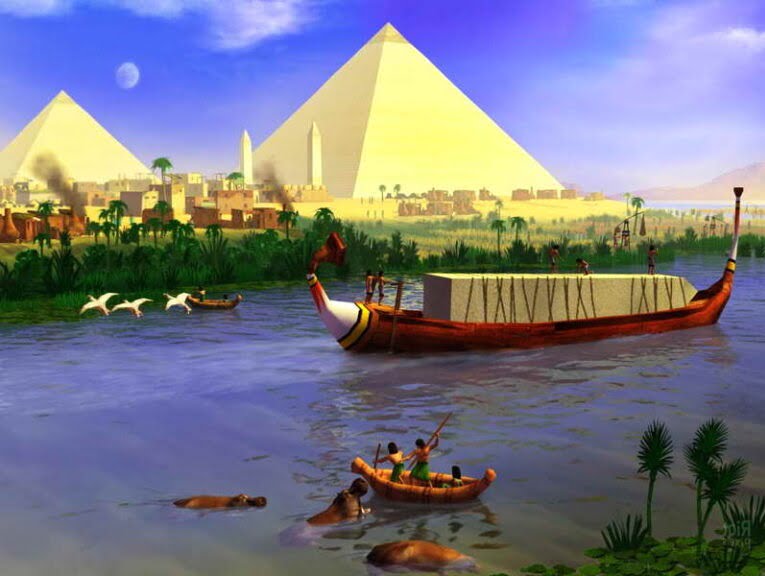 A study published in the journal Proceedings of the National Academy of Sciences says that the former waterscape and higher levels of rivers around 4,500 years ago contributed to the construction of the Giza pyramid complex.

“It is now accepted that ancient Egyptian engineers used the former bed of the Nile to transport building materials and provisions to the Giza Plateau,” the researchers said.

A team from the Collège de France found evidence of a river channel that allowed navigation to the site where the pyramids were built. They used pollen-derived vegetation samples to reconstruct 8,000-year-old changes in water flow in the Giza floodplain.

This is linked to the discovery of papyrus fragments in an ancient harbor near the Red Sea in 2013, which contained information about Khufu’s reign and efforts to transport limestone to Giza via the Nile.

A team of explorers drilled a borehole in the desert near Giza Harbor along a proposed route, led by Merer, and collected five sediment cores from a depth of 30 feet.

Scientists analyzed pollen grains for plant life and found 61 plant and fern species from what is today a desert area. The results showed the major environmental changes the region has gone through.

Using pollen results, the team estimated the area’s water levels and also found that the region was under water nearly 8,000 years ago. It dried up over the next few thousand years. The team found evidence that the canal was deep enough for transportation.

However, as Egypt became drier, the canal dried up and became unusable, but construction was likely completed by then.

In the past, researchers have speculated that ancient engineers from Egypt may have built artificial riverbeds across the desert to facilitate transportation. However, there was little evidence to support this theory.

This study clearly showed that scientists know little about when, where and how ancient landscapes developed.

Physicists have modeled the primordial quantum structure of our universe

Physicists have modeled the primordial quantum structure of our universe