(ORDO NEWS) — A new “Satan Club” has opened in a US school for children as The Satanic Temple pushes back on the success of Christian Good News clubs.

The term “Spiritual warfare” describes the ancient Christian war against the perceived forces of evil, including a host of malevolent spirits and demons who are believed to do the malicious work of the devil on Earth.

While praying and exorcism have always been the Christian’s number one weapons in this age-old war for spiritual supremacy, it looks like the dark forces just won a major battle, as we learn about the new after-school “Satan Club,” directed by the Satanic Temple.

According to a report in Fox News, as part of its campaign to “push back” against Christian Good News clubs, last month, The Satanic Temple opened its first after school-hour Satan Club for children.

The Satanic Temple, which runs the program, said its students would be offered activities such as “science and crafts projects, puzzles and games, and that they would learn about benevolence, empathy, critical thinking, problem-solving and creative expression.” 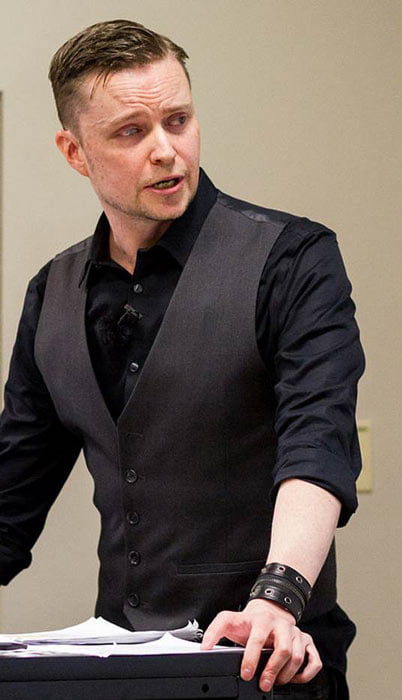 Douglas Mesner, otherwise known as Lucien Greaves, is a social activist and co-founder (alongside Malcolm Jarry) of The Satanic Temple

What is the Satanic Temple Fighting For and Against?

Douglas Mesner, otherwise known as Lucien Greaves, is a social activist and co-founder (alongside Malcolm Jarry) of The Satanic Temple. Greaves recently told Fox News “We’re [The Satanic Temple ] are not teaching children about Satanism.

They’re just going to know that this is taught by Satanists.” The chief US Satanist also said he hoped people could see “that good people can have different perspectives, sometimes on the same mythology, but not mean any harm,” except to The Good News Club, which the group has in its crosshairs.

The Satanic Temple’s after-school Satan Clubs were conceived of “in order to give an alternative to [the] religious indoctrination [of] after-school programs,” said Greaves. In June 2001, the U.S. Supreme Court ruled that religious groups could operate after-school programs in public schools. The “Good News Christian Clubs” are operational in around 5,000 US schools.

As this timeworn battle for children’s spirituality unfolds, Reece Kauffman, president of Child Evangelism which runs the Good News Clubs, told Fox News that The Satanic Temple are “doing work that would be contrary to the Good News of Jesus Christ .” 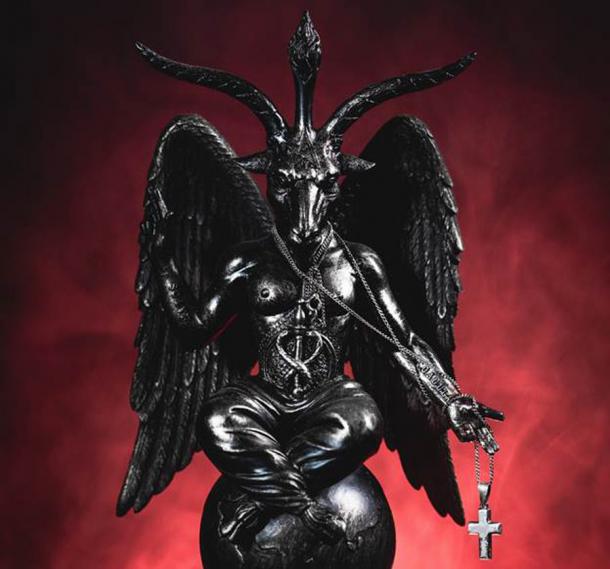 In 2015 the Satanic Temple erected a bronze sculpture depicting Baphomet in Detroit, Michigan: a humanoid, winged, goat-headed symbol of the occult

The Spiritual War for Children’s Minds

Evangelical imagery of ancient spiritual warfare is constructed from various parts of the Bible, but it leans most heavily on the Book of Revelation in which the “beasts” and “kings of the earth” wage war against God’s people (Revelation 19:19). This all occurred after the War in Heaven (Revelation 12:7) that initiated a final battle with Satan and the unified earthly nations against God (Revelation 20:8).

A spokesperson from Addams School released a statement saying it was “not endorsing the Satan Club or the Good News Club” but the Supreme Court’s decision means they cannot stop any religious after-school programs.

Trying to distance itself from the ancient archetypes of evil, including witches and demons , the Satanic Temple claims to be an atheist organization.

However, this would mean the organization “disbelieves or lacks belief in the existence of God or gods,” but that party line is snuffed when we consider their 2015 erection of a bronze sculpture depicting Baphomet in Detroit, Michigan: a humanoid, winged, goat-headed symbol of the occult.

This ancient deity was allegedly worshipped by the Knights Templar and therefore it has become synonymous with modern occult, and magical, mystical traditions.

Of course, freedom of speech should rule, but how can a US law prevent schools safeguarding children from what appears to be a very confusing situation? Candace Sountris, communications director at Addams Elementary School told Fox News that “Community use of [the] school facility after school hours [is] approved by the Board of Education in accordance with IL School Code.”

She also told the press that the new Satanic children’s club in Moline was initially advertised with a flyer that had been left within the school building, but she insists the district did not design and print it.

In their defense, the Satanic Temple claim their followers “don’t believe in spiritual evil or a literal devil” and that the number one historical archetype for all that is evil is simply “a symbol of defiance, independence, wisdom and self-empowerment.”

Now, it seems, poor children are being taught that the devil, as a serpent, not only persuaded the first humans to disobey God, but he now serves as an alternative option to the words of the good book, and that has confusion and chaos written all over it.