US, WASHINGTON (ORDO NEWS) — The agreement was signed on April 23 – remotely, in Vladivostok and Murmansk. The contractor is the Zvezda shipbuilding company. Under the terms of the agreement, the ship should be put into operation in 2027.

According to RIA Novosti, the price of the lead icebreaker is approximately 127 billion rubles. In total, it is planned to build three such vessels.

The icebreaker “Leader” should become the most powerful vessel of this class in the world. Its total capacity will be 120 MW, which will allow the Leader to overcome ice more than four meters thick. The icebreaker will receive energy from a nuclear steam generating plant, which includes two RITM-400 reactor plants with a thermal capacity of 315 MW each. Fixed-pitch four-blade propellers act as a mover.

The ship will be very large. Its length will be 209 meters and a width of 47.7. The crew will include 127 people. In clean water, the icebreaker will be able to move at a speed of 22 knots. 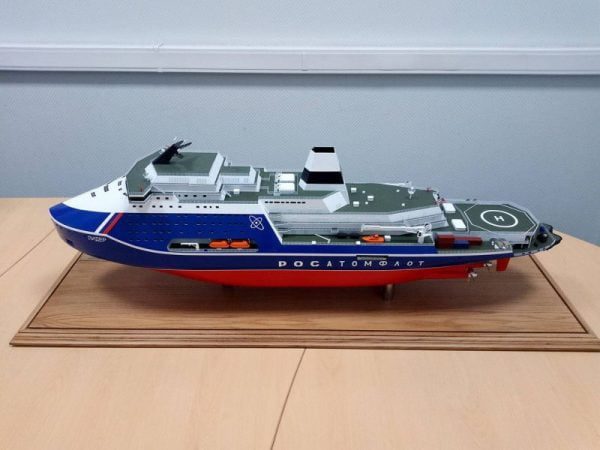 The main tasks of such icebreakers will be to ensure navigation along the Northern Sea Route and expeditions to the Arctic. High possibilities for navigating vessels to the project 10510 icebreaker are provided by the increased hull width.

Recall that in February it became known that the new Russian icebreaker “Arktika” could not pass the mooring tests. The cause of the incident was called a short circuit and the failure of the propeller motor (HED) on the right shaft. As a result of unsuccessful commissioning, the HED winding was damaged. Then it became known that this failure could lead to a delay in putting the vessel into operation: they wanted to put the icebreaker into operation earlier this summer.

In addition to failures, Russian shipbuilders have undoubted reasons for pride. On October 25 last year at the “Admiralty Shipyards” descended of the icebreaker “Ivan Papanin”. He became the lead patrol ship of the ice class project 23550 (“Ivan Papanin” is sometimes called the “combat icebreaker”).

Such ships can be used to solve a wide range of tasks in the Arctic. In particular, used as tugboats, patrol ships and icebreakers directly. It is reported that “Ivan Papanin” can cross the ice a meter and a half thick. They want to put the ship into operation in 2023.