(ORDO NEWS) — The secret behind a record-breaking nuclear fusion experiment that spit out 10 quadrillion watts of power in a split second has been revealed: a “self-heating” – or “burning” – plasma of neutron-heavy hydrogen inside the fuel capsule used in the experiment, according to researchers.

Last year, scientists at the Lawrence Livermore National Laboratory in Northern California announced the record release of 1.3 megajoules of energy for 100 trillionths of a second at the National Ignition Facility (NIF), Live Science reported at the time.

In two new research papers, NIF scientists show the achievement was due to the precision engineering of the tiny cavity and fuel capsule at the heart of the world’s most powerful laser system, where the fusion took place.

Although the fuel capsule was only about a millimeter (0.04 inch) across, and the fusion reaction lasted only the briefest sliver of time, its output was equal to about 10 percent of all the energy from sunlight that hits Earth every instant, the researchers reported.

Star in a jar

Nuclear fusion is the process that powers stars like the sun. It’s different from nuclear fission, which is used in power plants here on Earth to generate energy by splitting heavy atomic nuclei – like plutonium – into smaller atomic nuclei.

Nuclear fusion releases vast amounts of energy when atomic nuclei are “fused” – that is, joined together – into larger nuclei.The simplest types of fusion are fueled by hydrogen, and researchers hope nuclear fusion can one day be developed into a relatively “clean” power source using the abundant hydrogen in Earth’s oceans.

(In a given volume, as the temperature of a gas increases, so does the pressure, and vice versa, according to Gay-Lussac’s law.)Different experimenters suggest different methods for maintaining a fusion reaction at high temperatures, and the National Ignition Facility specializes in an approach called “inertial confinement.”

It creates high temperatures by hitting a tiny pellet of hydrogen at the center using 192 high-powered lasers, which themselves consume huge amounts of energy and can only be fired once every day or so.

The inertial confinement approach was pioneered for testing thermonuclear weapons, and it is a long way from being a viable power source – such a power source would have to vaporize several such fuel pellets every second to have a great enough energy output to generate useful amounts of electricity.

But the NIF has shown success recently in achieving extraordinarily high energy outputs, if only for only very brief moments. The experiment in August came close to yielding as much energy from the fuel pellet as was put into it, and the researchers expect future experiments to be even more powerful.

The two new studies describe burning plasma experiments conducted in the months before the 10 quadrillion watt reaction; those earlier experiments culminated in the production of 170 kilojoules of energy from a pellet of just 200 micrograms (0.000007 ounces) of hydrogen fuel – around three times the energy output of any earlier experiments.

It was achieved by carefully shaping both the fuel capsule – a tiny spherical shell of polycarbonate diamond that enclosed the pellet – and the cavity that contained it – a small cylinder of depleted (not very radioactive) uranium lined with gold, known as a hohlraum.

The new designs allowed the NIF lasers that heated the pellet to operate more efficiently within the hohlraum, and the hot shell of the capsule to rapidly expand outward while the fuel pellet “imploded” – with the result that the fuel fused at such a high temperature that it heated other parts of the pellet into a plasma.

“This is significant as it is a necessary step on the way to producing large amounts of energy from fusion relative to the energy we put in,” physicist Alex Zylstra told Live Science in an email. Zylstra led the initial burning plasma experiments and is the lead author of the Nature study about them.

Although many more scientific milestones will be needed before inertial confinement fusion can be utilized as a power source, the step of achieving a “burning” plasma will allow scientists to learn more about the process, he said.”Burning plasmas [at] NIF are now in a new regime where we can scientifically study such conditions,” Zylstra said.

Kritcher added that the breakthrough will yield a better understanding of nuclear fusion that can be used in other types of fusion reactions – such as those that take place in tokamaks – and not just reactions achieved through inertial confinement fusion.

“This work is important as it provides access to a new regime of plasma physics which will provide a wealth of understanding for the entire fusion community,” she said.

A ‘dead’ sunspot has just exploded, sending a ball of plasma flying towards Earth

A ‘dead’ sunspot has just exploded, sending a ball of plasma flying towards Earth 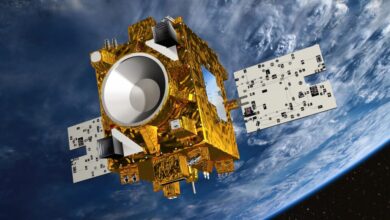 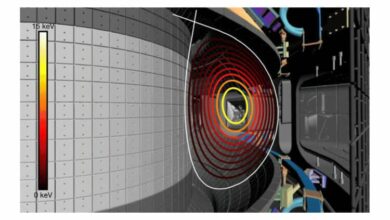 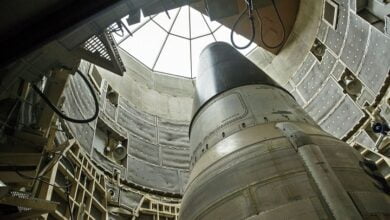 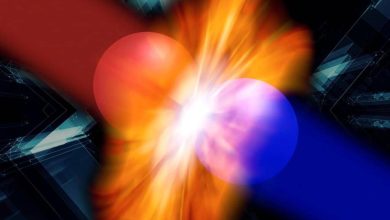 An experiment is proposed to measure the mass of information