(ORDO NEWS) — He is a genius, scientists are still studying his formulas and never cease to admire this man’s talent. A great mathematician who knew infinity, but never received a special education. His works are unique and his gift was special.

Math is my main hobby

Srinivasa Ramanujan was born, though in a noble family, but in a poor family. His mother was the only one who could discern her son’s special and great mathematical talent. But she did not allow him to develop further because of her own strict religious beliefs. Who knows, if from childhood the boy began to actively study, he would have achieved even more. But even so, his works are unique, although he could not explain many of his theorems, but he was convinced that they are true. 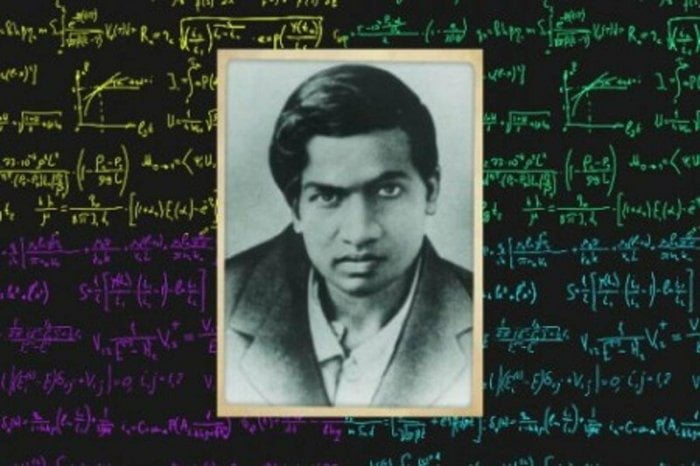 Since Ramanujan went to school, his mathematical abilities and more have gradually begun to unfold. The teachers were amazed at the child’s memory, he perfectly memorized pages from the most complex Sanskrit textbooks, repeated with precision the numbers in the number Pi, which many teachers could not remember. In his mind, he easily performed complex calculations.

The beginning of discoveries and achievements

Already in adolescence, Ramanujan began to make discoveries in the field of mathematics. Many theorems discovered by him had already been published, which once again convinced him of the lack of scientific literature for additional development. From the age of 14, the guy received various awards, in the exams he had the highest marks in mathematics, geography, Tamil and English. He helped teachers conduct exams that measured the preparation of high school students.

A year later, the guy brought out his own version of solving the 4th degree equation. He was able to get hold of a book on higher mathematics, studied more than 6,000 theorems, equations and formulas, after which his genius began to manifest itself even more. Ramanujan himself conducted research and development of Bernoulli numbers, was able to calculate the Euler-Mascheroni constant up to 15 decimal places.

He never received an education, the student was expelled from college in Madras for inattention to other subjects, except for the exact sciences. Education was free due to the successes achieved in school. Local newspapers began to write about the young genius. The Indian met the talented mathematician Godfrey Hardy, who then admired him all his life. Together they wrote several works, Ramanujan was invited to England. He was the first Indian to become a professor at the University of Cambridge. 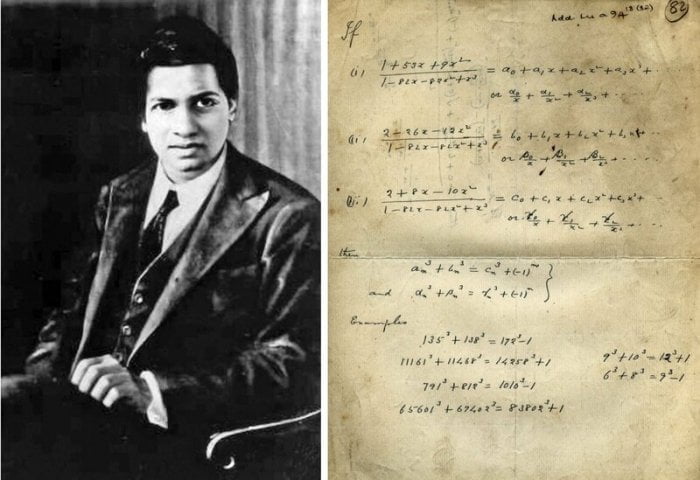 The huge legacy of a young genius

Unfortunately, Srinivasa Ramanujan’s life was short-lived; he died of illness at the age of 32. But he left behind a huge legacy that scientists are still studying. His notebooks are the most valuable treasure for science. Due to a lack of knowledge, he could not prove open theorems, formulas and equations, this is what specialists are doing today.

In memory of the great man, two films were shot telling about his life and work: “Ramanujan” and “The Man Who Cognized Infinity.”

Ramanujan left behind 4,000 theorems and equations, many of which remained unproven. He made an invaluable contribution not only to mathematics, but also to other sciences, Stephen Hawking even saw that some formulas explain such mysteries of the universe as black holes. According to Hardy, the Indian himself went through centuries of mathematics in several years and was a genius akin to Einstein.