(ORDO NEWS) — Exploring the mysteries of the cosmos, scientists are wondering if our reality is just one of many universes and is there a copy of you in a parallel universe…

When I was 8 years old, a revelation changed my life forever.

It was 1955, and the headlines were reporting the death of a famous scientist. One article was accompanied by a photograph showing his desk littered with papers and books. As far as I remember, the photo caption indicated that there was an unfinished manuscript among the stacks of materials.

I was fascinated by this discovery. What could be so difficult that this man, often referred to as one of the greatest scientists of all time, could not complete this work? I had to find out, and over the years I have visited libraries to learn more about him.

His name was Albert Einstein. His unfinished work dealt with what would be known as the theory of everything, an equation perhaps no more than an inch long that would allow us to unify all the laws of physics.

It, Einstein hoped, would give us a glimpse into the mind of God. “I want to know his thoughts,” he famously said. I was hooked.

Today, many of the world’s leading physicists have embarked on this cosmic quest, the far-reaching echoes of which extend to our understanding of reality and the meaning of existence.

This would be the culmination of thousands of years of scientific research, as ancient civilizations also wondered how the universe was created and what it is made of. The ultimate goal of a theory of everything is to combine Einstein’s theory of relativity with the bizarre world of quantum theory.

Essentially, relativity is the study of the biggest phenomena in the cosmos: things like black holes and the birth of the universe.

The scope of the theory of relativity is nothing but the entire cosmos. Quantum theory, on the other hand, explores the behavior of matter at the most subtle level. Its scope covers the smallest particles of nature, hidden deep within the atom.

Combining these two areas of thought into a single and coherent theory is an ambitious task that develops and complements the work begun by Einstein. But to do this, scientists must first determine the most important truth: where the universe came from.

This is where our two realms of thought diverge sharply.

If we adhere to Einstein’s theory of relativity, then the universe is a kind of expanding bubble. We live on the shell of this bubble, and it exploded 13.8 billion years ago, giving us the Big Bang. This led to the singular cosmos as we know it. 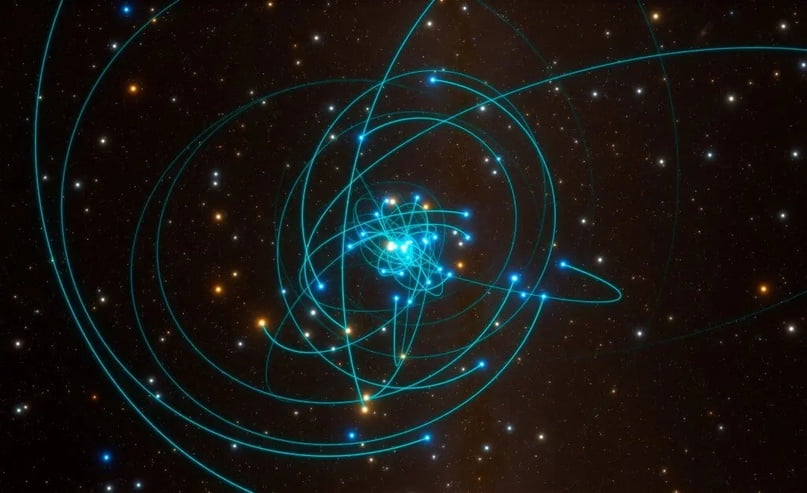 Quantum theory is based on a radically different picture – the picture of multiplicity. Subatomic particles, you see, can exist simultaneously in several states. Take an electron, a subatomic particle that carries a negative charge.

The amazing devices in our lives, such as transistors, computers, and lasers, are made possible by the fact that an electron, in a sense, can be in several places at the same time. His behavior challenges our usual understanding of reality.

By this logic, the single bubble introduced by Einstein now turns into a bath of parallel universes constantly splitting in two or colliding with other bubbles. In this scenario, the Big Bang could constantly occur in remote regions, which is a collision or merger of these bubble universes.

In physics, the concept of the multiverse is a key element in the leading field of research based on the theory of everything. It’s called string theory, which is at the center of my research.

In this picture, subatomic particles are just different notes on a tiny vibrating string, which explains why we have so many of them. Each vibration of the string, or resonance, corresponds to a single particle. String harmonies follow the laws of physics. String melodies explain chemistry.

According to this view, the universe is a symphony of strings. String theory, in turn, suggests an infinite number of parallel universes, one of which is our universe.

A conversation I once had with theoretical physicist and Nobel laureate Steven Weinberg illustrates this. Imagine that you are sitting in your living room, he told me, listening to the radio.

Hundreds of different radio stations are playing in the room, but your radio is tuned to only one frequency. You only hear the station that is coherent with your radio; in other words, it vibrates in unison with your transistors.

My colleagues and I occasionally run an exercise for our graduate students in theoretical physics. We ask them to solve the problem by calculating the probability that tomorrow a person will wake up on Mars.

Quantum theory is based on the so-called Heisenberg Uncertainty Principle, which allows for the small possibility that we could exist even on places as far away as Mars. So there is a tiny but calculable chance that our quantum wave will make its way through space-time and end up there.

But if you make calculations, it turns out that for this you have to wait longer than the lifetime of the universe.

That is, most likely, tomorrow you will wake up in your bed, and not on Mars. To paraphrase the great British geneticist J.B.S. Haldane, we can say that reality is not only shorter than we think, but also shorter than we can imagine.

More than six decades have passed since Einstein’s death, but I keep coming back to the photograph of his desktop I saw at the age of eight, the work he left unfinished, and its profound consequences. In the quest to unify two opposing views of the universe, we face a number of deeply disturbing questions. Can we also exist in multiple states?

What would we do if we chose a different career? Would you marry another person? What if we could somehow change important episodes of our past? As Einstein once wrote, “The distinction between past, present, and future is just a stubborn illusion.”

Perhaps there are copies of us living completely different lives. If this theory of everything is correct, then perhaps there is a parallel universe where we are billionaires plotting our next escapade, or vagabonds desperately looking for food. Who knows? Perhaps a simple quantum fork in the road will change everything.

The secret of “human bones” in the Martian image of NASA

The secret of “human bones” in the Martian image of NASA