(ORDO NEWS) — The name of Marco Polo is known to everyone, but few people know that his famous literary masterpiece “The Travels of Marco Polo” was not only written during his time in prison, but also written by someone else.

Marco Polo’s tale of adventure in the Far East became a bestseller when it was published around 1300, inspiring generations of explorers, including Christopher Columbus, who kept an annotated copy among his personal belongings.

The bestselling Biography/Autobiography/Travelogue tells the story of Marco Polo during a 24-year journey with his father and uncle, Niccolo and Maffeo Polo.

Coming from a family of merchants, Marco Polo left Venice at 17 and returned at 41, passing through Turkey, Iran, Afghanistan, Pakistan, Kashmir and China between 1271 and 1295. Marco Polo even worked at the court of the Mongol Emperor Kublai Khan for 17 years.

The history of Marco Polo’s travels contained a lot of useful information for merchants at a time when few Christians traveled to the Far East, let alone China. In fact, “the wealth of information that Marco Polo provided about China and its surrounding lands was unprecedented for his time. 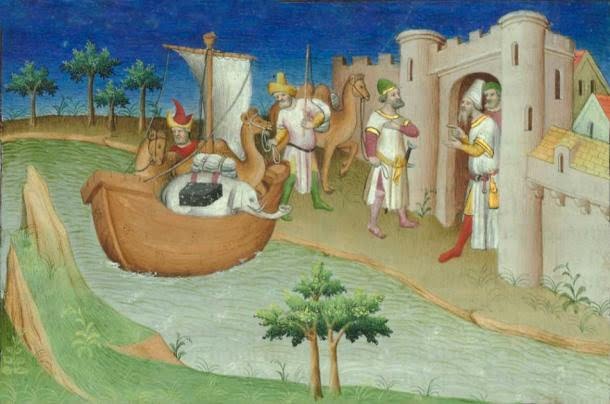 However, the book was written by Rustichello of Pisa, Polo’s cellmate when he was captured and imprisoned as a prisoner of war during the battle between Venice and Genoa in 1298.

Some historians contend that the entire book is a fabrication made up of stories heard from other people. Others believe that Marco Polo never existed at all and was the product of Rusticello’s active imagination.

However, most consider the book to be mostly true, with some embellishments thrown in to boost sales, such as tales of unicorns (probably rhinos), macarons growing on trees, and even people with dog heads.

This was before the invention of the printing press, so the book was copied by hand, which did little to avoid errors, well-meaning changes, and stark differences between copies and translations.

The Travels of Marco Polo, also known as Il milione (after Polo’s nickname Il milione, meaning the man who invented a million tales), is not the only literary masterpiece that was written in prison.

Sir Thomas Malory wrote Le Morte d’Arthur, a retelling of the story of King Arthur, while imprisoned in Newgate Prison in London. Miguel de Cervantes claimed that the prologue to Don Quixote was “born in prison”. Whether this is true or not is another question.