The Italian space agency has released the first images from the tiny, lightweight LICIACube spacecraft, a DART satellite that was released 15 days ago.

His task was to capture the moment of impact with the asteroid (see video below), as well as its consequences.

“These are images before and after the impact. You can see the flare caused by the DART impact,” Elisabetta Dotto, head of the scientific team at the National Institute of Astrophysics (INAF) in Italy, said at a press conference.

On Monday , a DART mission captured the moment an unmanned spacecraft collided with the 160-meter asteroid moon Demorphos, which orbits a larger, 780-meter asteroid called Didymos.

The image was taken by the Italian space agency LICIACube a few minutes after the planned DART collision.

Incredibly, the spacecraft crashed into the asteroid just 17 meters from the planned impact site. Not bad for an object that traveled over 11 million kilometers and collided while moving at 6.6 kilometers per second. 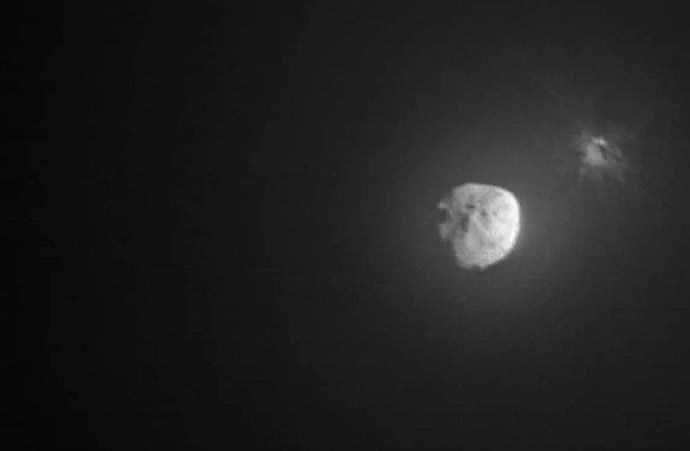 Astronomers are now busy monitoring Demorphos to find out how the impact of the craft changed the asteroid’s orbit around Didymos. New images from LICIACube already give some idea of ​​this.

“Now we can learn more about the mechanics of small-body collisions, momentum transfer, and the possibility of using artificial impactors to dislodge asteroids from their orbits.

A number of other telescopes and observatories also recorded the collision, including the James Webb telescope.

Landing on the asteroid Eros

Landing on the asteroid Eros