(ORDO NEWS) — The planet Jupiter is named after the king of the Roman gods, whose Greek counterpart was Zeus. This is the largest planet in the solar system , so it is rightly associated with the mythological supreme god.

Jupiter is classified as a gas giant, along with the other outer solar system planets Saturn , Uranus, and Neptune. The equatorial diameter of Jupiter is 142,984 kilometers, which is about 11 times the diameter of the Earth (12,742 kilometers). More than 1000 Earths could fit inside Jupiter!

The planet is composed almost entirely of gas and liquid (about 90% hydrogen and 10% helium) and has no solid surface. However, as it sinks, the gaseous material begins to condense and become liquid.

Jupiter’s atmosphere contains many clouds of various shapes and colors. For example, ammonia provides white, ammonium hydrosulfide provides orange, and the famous Great Red Spot is a huge high-pressure storm that scientists believe is caused by certain compounds of phosphorus and sulfur. 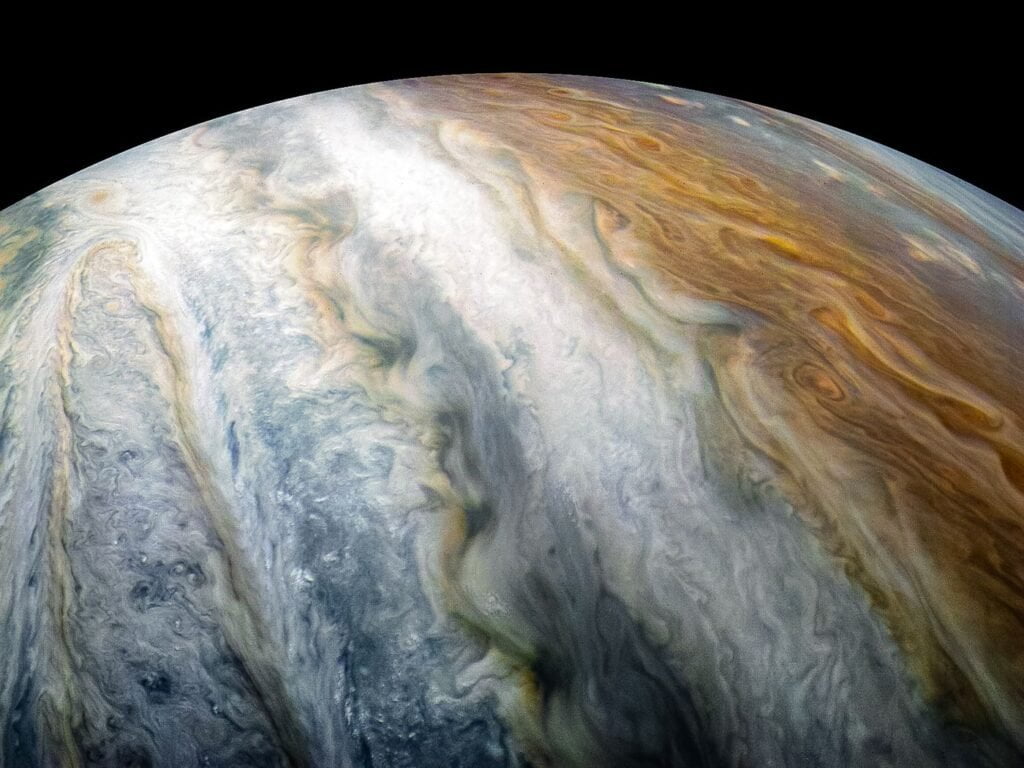 The planet Jupiter has at least 80 moons, the four largest of which, Io , Europa , Callisto and Ganymede , are known as the “Galilean moons” (after their discoverer Galileo Galilei in 1610). Ganymede is the largest moon of Jupiter and the largest moon in the solar system.

Jupiter rotates faster than other planets in the solar system around its own axis, so it has the shortest day, which lasts only 9 hours 55 minutes. Such a rapid rotation leads to the fact that the planet is noticeably compressed, so at the equator it is about 7% wider than at the poles.

Jupiter’s gravity plays an important role in pulling comets, asteroids, and other “space rocks” that could collide with our planet.

For this protective function, Jupiter is sometimes called the Earth’s cosmic shield . The gas giant’s gravity is also used to accelerate spacecraft that are sent into deep space. This was the case with two NASA Voyager spacecraft in 1975. Jupiter can be easily seen from Earth and appears yellowish and very bright. Even binoculars will allow you to observe the four Galilean satellites, and an inexpensive 4.5-inch telescope will give you the opportunity to see the Great Red Spot.

Scientists have discovered an exoplanet 1.4 times larger than Jupiter

Scientists have discovered an exoplanet 1.4 times larger than Jupiter