(ORDO NEWS) — New work by Andrew Newman at Carnegie University demonstrates a new technique for identifying precursors to the most extreme galactic conditions.

Clusters of galaxies are the most massive structures in space, bound by their own gravity, sometimes consisting of thousands of galaxies.

The precursors to these massive galactic environments, called protoclusters, are among the earliest known structures in space and are ideal for studying the early stages of a galaxy’s life cycle. But the team found that these protoclusters are surprisingly difficult to detect.

So far, most protoclusters have been discovered by searching the sky for regions containing an unusually large number of distant galaxies. The research team has developed a new strategy for finding protoclusters.

The key to their method is the fact that intergalactic hydrogen gas, which is part of the protocluster, absorbs the light passing through it, casting a kind of shadow on the galaxies located behind them, outside the boundaries of the protocluster.

Using the Magellan telescopes at the Carnegie Observatory Las Campanas in Chile to observe such shadows, the team was able to determine the likely location of the protoclusters.

The results suggest that the missing protoclusters contain invisible galaxies that likely evolved differently, making them dimmer and therefore more difficult to detect. The team plans to conduct further searches to locate these missing galaxies and determine their unusual properties.

One of the key lessons of this work is that when mapping the distant universe, it is important to combine multiple points of view, using only one method can give the wrong picture. 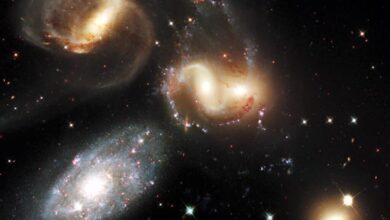 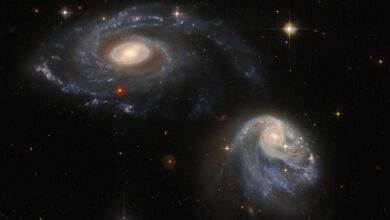