(ORDO NEWS) — Using the NuSTAR space observatory, scientists have detected bursts of high-frequency X-rays coming from Jupiter , according to a NASA statement.

“It’s quite difficult for planets to generate X-rays in the range that NuSTAR detected,” said Kaya Mori, an astrophysicist at Columbia University and lead author of the new study.

“But Jupiter has a powerful magnetic field, and it rotates very quickly.”

Maury’s two features on Jupiter mean that the planet’s magnetosphere acts like a giant particle accelerator, and that’s what makes high-energy ejections possible.

Mori’s team found that the high-energy X-rays emitted from Jupiter were caused by the collision of individual electrons with charged atoms in the planet’s atmosphere, followed by a sudden deceleration. This slowdown caused them to lose energy in the form of X-rays, a process known as “bremsstrahlung”.

The study could also explain why NASA/ESA’s Ulysses robotic interplanetary probe , launched in 1990, failed to pick up X-rays from the planet. 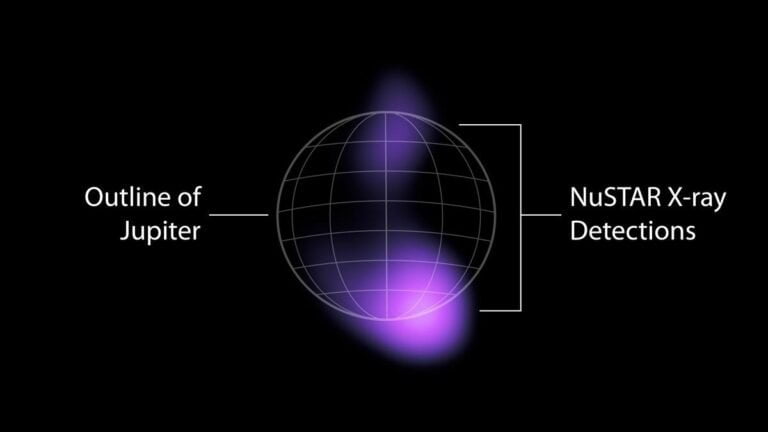 “If you did a simple extrapolation of the NuSTAR data, it would show that Ulysses should have detected X-rays from Jupiter,” said Shifra Mandel, a Columbia University graduate student and co-author of the paper.

“But we built a model that includes bremsstrahlung, and this model not only matches the NuSTAR observations, but also shows us that X-rays would be too weak for Ulysses.”

The discovery of high-frequency X-ray emissions on Jupiter raises many new mysteries.

“Finding these outliers doesn’t turn the page; this opens a new chapter,” co-author William Dunn, a researcher at University College London, commented on the discovery.

“We still have a lot of questions about these emissions and their sources.”

There is a bubble around the solar system: NASA captures it

There is a bubble around the solar system: NASA captures it