(ORDO NEWS) — A group of researchers from the Moscow Institute of Physics and Technology and Stockholm University have developed a miniature device capable of controlling the phase of a superconducting wave function.

Since superconducting electronics deals with just such a function, this device can become one of its basic elements – like a transistor for semiconductor technology.

Scientists controlled the phase switching by moving the Abrikosov vortices between specially created “traps” near the Josephson junction. These switches can be used to implement memory that operates at very low temperatures.

The bottleneck of ultrafast logic devices based on superconducting materials is the implementation of low-temperature memory. Since the usual semiconductor storage devices cannot work at ultra-low temperatures, there is an acute question about their equivalent that can also work effectively at liquid helium temperatures (4.2 K = -268.8 C) and below.

The design, developed by scientists from the Moscow Institute of Physics and Technology and Stockholm University, allows you to set, change and save for a long time the value of the phase difference in Josephson junctions – the basic elements of superconducting and quantum electronics.

“Superconductivity itself is an interesting quantum-mechanical effect in the sense that the electrons in a superconductor behave as a whole — they lie on the same energy level and are described by a single wave function.

At the same time, unlike atoms and photons, while exhibiting quantum properties, a superconductor has macroscopic (tens of microns) dimensions,” explains Vladimir Krasnov, a leading researcher at the MIPT Terahertz Spectroscopy Laboratory, co-author of the article. “When atoms behave quantum mechanically, this is not surprising, but for such huge objects it is extremely unexpected.”

In 1962, Brian David Josephson, later a Nobel laureate, showed that if you create a kind of “capacitor” of two superconductors separated by a thin insulator, a superconducting current will flow between its plates. Such structures are called Josephson junctions.

Between the wave functions of electrons on both sides of the barrier, as a result of tunneling exchange, a phase difference is established, which determines the magnitude of the current. The ability to controllably change the phase difference makes it possible to “tune” the state of superconducting devices.

In order to control the phase difference, scientists “settled” Abrikosov vortices in the superconductor. A superconductor does not allow a magnetic field into itself, but under certain conditions it can penetrate there in individual quanta without violating superconductivity as a whole.

A superconducting current begins to circulate around the “hole” – the point of penetration – in a similar way, a hurricane funnel twists around an area with low atmospheric pressure. The researchers showed that by moving the vortex, it is possible to change the phase difference at a nearby Josephson junction.

“In 2015, based on Abrikosov vortices, we created a memory prototype for a quantum computer,” recalls Vladimir Krasnov. – It was much easier: we proved that we can turn the vortex on or off by getting 1 or 0, this is enough for memory.

Our new device can, with the help of small manipulations of the current pulse, change the phase difference. The shear accuracy is controlled using a system of specially created defects – trap holes drilled on the surface of the crystal.

A “kick” with a current pulse causes the vortex to “fly out” from one trap and fall into the next. Approximately the same way, on an uneven surface, the ball rolls into a hole, since this is energetically beneficial. By shifting the vortex by a distance of the order of its size, we cause a significant phase change.

A system of four traps was enough for us to switch between them and change the phase difference almost continuously in the range from zero to 3π, which is more than enough for practical application.”

However, pulsed experiments did not give confidence that the vortex falls precisely into an artificially made trap, since, being in the system, it can linger on other defects, and at the same time still affect the phase of the wave function. The proof of the capture of a vortex by a trap became possible thanks to local probe methods of research.

Vasily Stolyarov, director of the Center for Advanced Methods of Mesophysics and Nanotechnology at the Moscow Institute of Physics and Technology, co-author of the article, adds: “Using low-temperature magnetic force scanning microscopy, we were able to visualize the very fact that the Abrikosov vortex fell into a special “trap” and at the same time demonstrate its effect on the properties of the contact.

Subsequently, this made it possible to interpret the results of pulsed electron transport experiments at a new qualitative level. Thus, local research methods have once again demonstrated their effectiveness for unambiguously determining the properties and functional features of nanoscale systems.”

Important advantages of the developed device are miniaturization (on the order of hundreds of nanometers) and autonomy. Superconducting quantum devices are extremely susceptible to interference, and the fact that you can change the phase without connecting wires – potential sources of spurious signals – is very valuable. The new device has every chance of becoming a basic element for creating more complex devices in superconducting electronics.

The Center for Advanced Methods of Mesophysics and Nanotechnology at MIPT was established in 2021 and operates under the scientific supervision of Nobel laureate Sir Andrey Geim. The Center’s research is based on modern probe and spectroscopic methods.

Research is aimed at obtaining new fundamental knowledge, as well as at developing new principles of operation of quantum, electronic, spin, ionic, molecular and other devices. The problem of miniaturization limits of functional devices is solved. 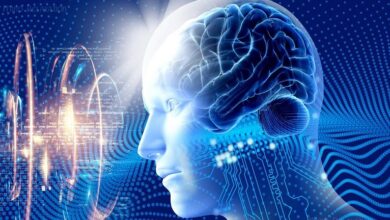 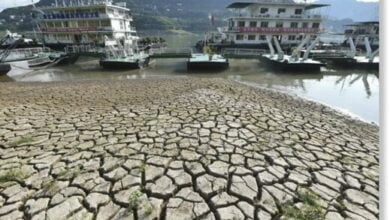 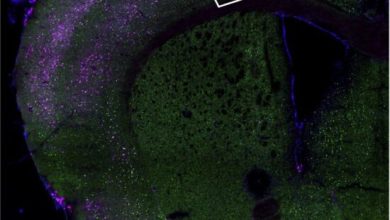 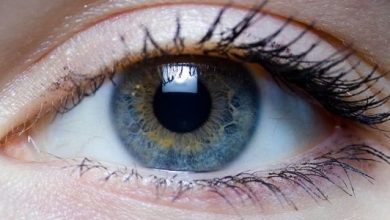