(ORDO NEWS) — The genetic origins of modern Europe can often be a difficult topic to talk about. In history, migrations of distant peoples are often found, so the Indo-Europeans merged with the proto-population of Old Europe.

As a result, many of us today speak a derivative of the ancient Proto-Indo-European language. But what if we tell you that there are still peoples in Europe who have retained those seemingly lost ties with ancient times and Europe as it was originally?

One such people are the Basques, a European ethnic group of about three million people who inhabit their traditional homeland called the Basque Country. The region is located in the western part of the Pyrenees and covers part of Northern Spain and Southern France.

Considered largely the remnants of the pre-Indo-European population of Europe, the Basques are unique in many ways. And today we will get acquainted with one of their popular myths by asking one question: Is it really a myth? 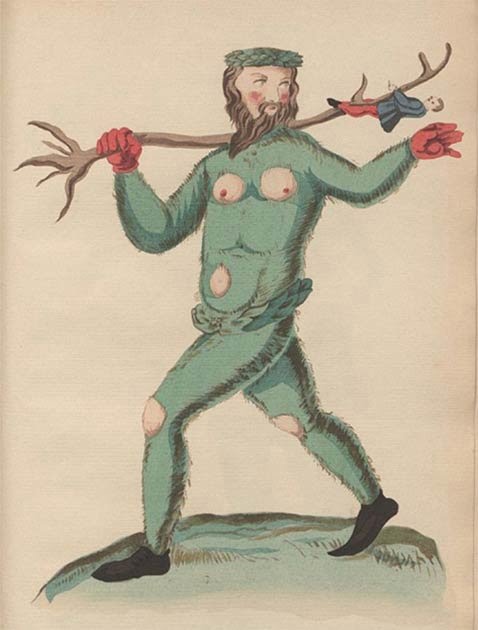 The Basque people and their connection with pre-Indo-European peoples

Before delving into the nature of this unusual myth, we need to get to know the Basque people. In their own language they call themselves Euskaldunak and their homeland Euskal Erria.

Several unique theories have been presented that attempt to prove that the Basque language is indeed a remnant of Old Europe. Old Europe is the term used to refer to Europe before the widespread migration of Indo-European peoples.

One such evidence is contained in several Basque words: aizto (knife), aizkora (axe), aitzur (hoe), aiztur (tongs). These words come from the word haitz, meaning stone, indicating the existence of a language during the period when stone tools were used.

But how much genetically the Basques have in common with the pre-Indo-European peoples is a moot point. Undoubtedly, at some point there was a mixture, as is the case with the entire population of Europe. There is still a lot of proto-European DNA in the blood of all Europeans.

In a careful analysis of some of the oldest European myths and traditions, we should find the remains of an oral tradition that has been passed down from generation to generation and preserved in the form of a myth.

Such oral traditions can tell us more about that era, many thousands of years ago, when the peoples of Europe were strikingly different from each other in their customs. Can the Basque myth of Basayoun provide a key to understanding the peoples of Old Europe? 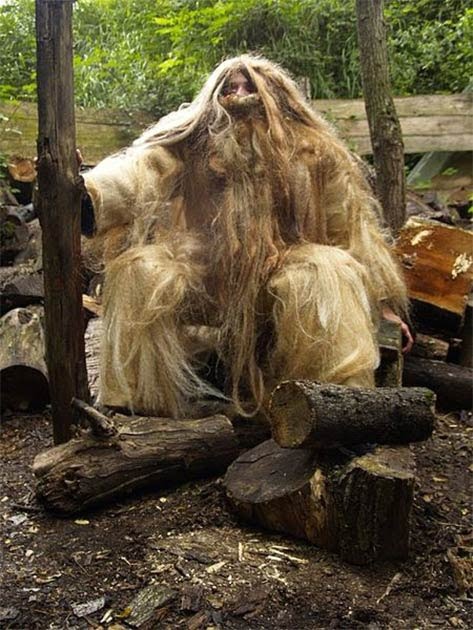 Benevolent Lord of the Forests: Is the myth of the Basayoun based on fact or fiction?

In Basque mythology, there is a creature known as the Basajaun. In translation, it means “Lord of the forests.” The Basajaun is described as a robust, large and hairy hominid that lives in forests. He also has a female counterpart and companion known as Basandere. This is where the Basque myth becomes very interesting.

It is believed that Basajaun built megaliths, guarded herds of cattle, and also introduced people to agriculture and iron processing. It is believed that he also lived in caves, often deep in the forests, of which there are a lot in the Pyrenees.

In general, Basajaun is portrayed as a benevolent creature, a kind of protector of the forest, patron of flocks and shepherds.

In other rural legends, he is given more of the attributes of a folk guard: the basajaun is said to scream and shout from the mountains when a storm approaches, and warn peasants and shepherds to take cover.

But there are also much more mysterious aspects of this myth that quickly tickle our imagination and make us wonder if this myth really has roots in fact or fiction.

Old stories from the Basque Country describe Basajaun as a teacher. The legends say that Basajaun knew how to make tools, taught people to create weapons, mills, axes, saws and melt metals.

He also taught them the skills necessary for growing crops, forging and milling. And to top it all off, Basajaun was in charge of building the megaliths.

Described as a robust man with a lot of body hair, he is depicted as an ancient man on the first steps towards civilization. In other words, Basajaun’s description bears a striking resemblance to Neanderthals, or even European Early Modern Humans (EEMH), also known as Cro-Magnons. 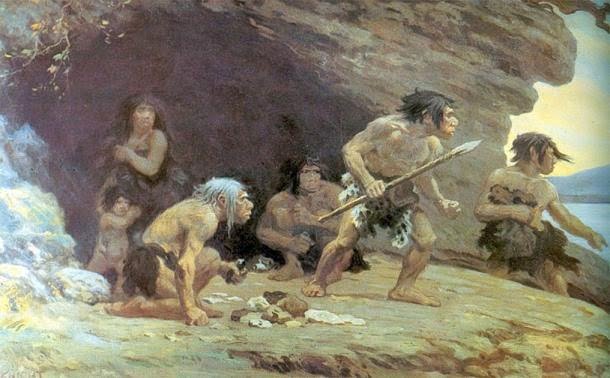 This territory almost completely coincides with the modern Basque Country. It is widely believed that the technology of the Neanderthals was quite sophisticated, and they boasted sophisticated stone tool making, weaving, the use of fire, primitive art, primitive seafaring, primitive music, and so on.

However, this is the official version, built to please the theory of Evolution, but what if in fact the civilization of the Neanderthals was not primitive?

Extensive archaeological discoveries associated with Neanderthals are destroying the usual stereotype of these early hominids as “cavemen” with large clubs. But could the Basajaun myth provide even more information?

History of the ancient people

Science says that Neanderthals did not build megaliths, although they could boast of exceptional strength, and certainly did not engage in metal smelting, which appeared much, much later. But we have already mentioned how objective this view is.

Could it be that the Basque people, being ancient, preserved the earliest contact between the Neanderthals of the Pyrenees and the early modern European people (Western hunter-gatherers) who migrated to the region? It is known that around 16,000 BC. the climate became even warmer and allowed the peoples of the Magdalenian culture to spread to all corners of Europe.

An interesting theory was put forward in 2008 by the Finnish linguist Kalevi Wilk. Wilk suggested that the Basque language is actually a remnant of a wider language family that was spoken throughout Old Europe and then, with the arrival of the Indo-Europeans and their languages, gradually retreated to the west.

Even the famous and eminent scholar, the late Marija Gimbutas, firmly stated that “Basque is a pre-Indo-European relic of the ancient Western European languages. It is the only indigenous language that has survived the Indo-European invasions and cultural influences of the last three thousand years.”

In her well-known work entitled “The Living Goddess”, she spoke in detail about the Basque people and, among other things, confidently stated that “there is no doubt that the Basques are ancient Europeans, whose traditions date back directly to Neolithic times.” 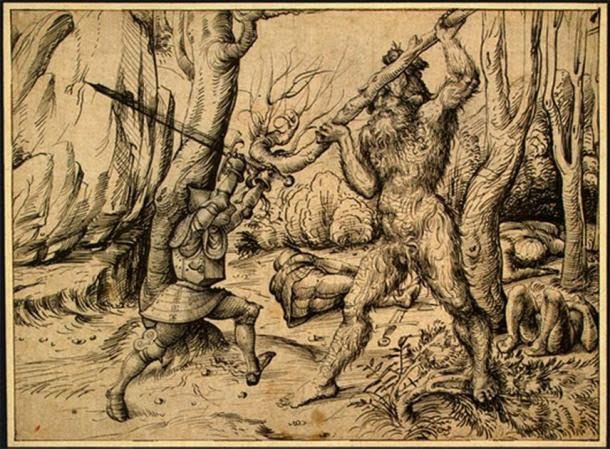 In 2012, the well-known Genographic Project of the National Geographic Society published an important study that carried out a detailed analysis of the DNA of the Basque peoples.

He confirmed their unique genetic patterns, which completely distinguish them from the surrounding populations, supporting the theory of partial or complete genetic continuity of modern Basques with the Paleolithic and Mesolithic natives of the region.

The idea that the Basque myth was born out of actual contact with some of the last remaining Neanderthals of the ancient world may, of course, seem far-fetched. Indeed, some aspects of the Basajaun myth simply do not fit with what we know about Neanderthals.

For example, as far as we know, they were not the ones who introduced the Cro-Magnons to sophisticated technology.

But, despite this, many scientists are firmly convinced that the myth of the Basajauns is actually a preserved memory of the ancient history of Europe, which, of course, should have been preserved in one of the oldest ethnic groups in Europe – the Basques. 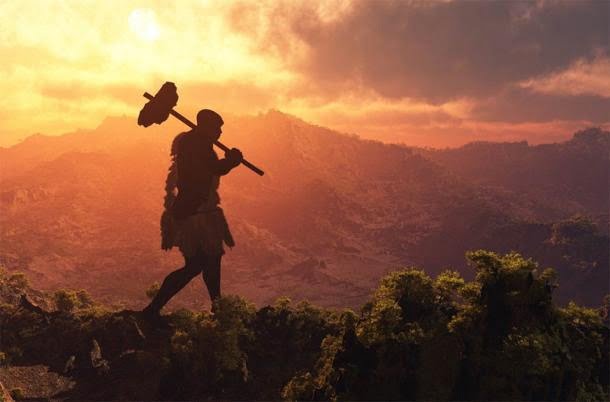 Neolithic Settler Contact: The Birth of the Basajaun Myth

It can be assumed that the myth of Basajaun tells about the time when the Basque peoples, isolated proto-Europeans of the Paleolithic and Mesolithic eras, who still relied on primitive industries and stone tools, came into contact with the more advanced settlers of the emerging Neolithic cultures.

The emerging cultures were megalith builders who brought with them a range of advanced technologies such as agriculture, animal domestication, improved stone tools, and eventually the advent of metallurgy in the late Neolithic and early Chalcolithic.

As soon as the dots connect, the mythical figures of the basajaun and basandera take on the appearance of migrating Neolithic settlers: hairy and dressed in furs and skins, they are accompanied by herds of domesticated animals, settle in the forests and gradually come into contact with the more primitive Basque peoples, bringing with them new beliefs, construction of megaliths, new tools and new technologies.

A wary, primitive, and Mesolithic population might perceive these new arrivals as beings from the underworld, or mythical protective “Lords of the Forest.”

And even much later, when these two groups merged into something new, isolated Basques retained their language and identity, and the Neolithic settlers simply remained mythical – this is how the myth of Basajaun arose. 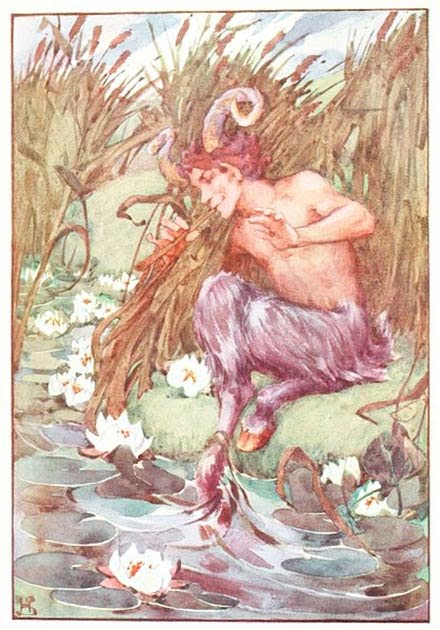 The simple birth of a lasting myth

A unique theory related to the contact of Indo-Europeans and ancient Europeans can show us how easily a myth or legend can be born from a simple meeting of two completely different groups of people.

This theory is associated with Pan, the ancient Greek god of the wild, protector of shepherds, flocks and nature. He was depicted as a bearded and hairy man, with a shepherd’s crook and goat’s legs.

The cult of Pan originated in Arcadia, an area of ​​a mountain people culturally separated from other Greeks.

And the most interesting thing happens when we study the oldest depictions of rural mountain shepherds in the Balkans: bearded and hairy, with staffs, they had a unique tradition of wearing trousers made of shaggy goat hair, the so-called fleece trousers.

It can be easy for a new settler coming into contact with the proto-population of the mountainous Balkans to notice from a distance a unique, shaggy man who seems to have legs like a goat, unlike anything previously seen.

And before you have time to look back, a myth is born: the mysterious goat-legged shepherds of the high mountains, protecting the flocks.

In the history of Europe and the cultures of the Paleolithic, Mesolithic, Neolithic and Eneolithic, many mysteries still lurk.

Many secrets are still hidden in the depths of centuries, and much is simply unknown. Intriguing remnants remain that beg for extensive research: complex megalithic structures, remnants of matriarchal and ancestral cults, and unique burial practices.

But thanks to their geographical isolation, the Basque people and their ancient European language have provided a glimpse into the ancient history of Europe, which tells us one very important thing: a theory does not have to be clear as daylight to be credible.

Even when something sounds stupidly simple and far-fetched, sometimes a fact can only make it closer to the truth. We sometimes underestimate the combined simplicity and complexity of humans over time, and their ability to create colorful myths out of things that are a little hard to understand.

And as soon as such a myth settles in the memory of one or two generations, it can be preserved for many centuries. Could the myth of Basajaun be a fantastic example of this trend?

The myth of Basajaun is quite simple in its description, and not much is known about it other than the aspects you read about above. But even these few fragments of ancient Basque history can open the door to a whirlwind of information that tickles the imagination of all lovers of ancient history.

This is a great opportunity to revisit the migrations of the early Cro-Magnons and Western hunter-gatherers (WGAs), as well as reflect on the migrations of technologically advanced cultures within the Early Neolithic in Europe that slowly created the world as we know it today.