(ORDO NEWS) — This unusual tribe was considered extraterrestrial because they had strange almond-shaped blue eyes with double eyelids; they spoke an unknown language and their DNA did not match any other known tribe.

At the beginning of the 20th century, a strange story came from the isolated peaks of the Himalayas.

It consisted in the fact that in 1938 a group of amateur archaeologists discovered the remains of an ancient culture that had knowledge in the field of astronomy and chronometry, which far exceeded all human cultures known at that time.

But even more strange was that in one of the caves they found a whole secret chamber, in which there was a cylinder made of an unknown metal, as well as 7 corpses with unusual physical characteristics.

Archaeologists say they also found hieroglyphs carved into the walls, which turned out to be a hybrid language mixing ancient Chinese and something more primitive. 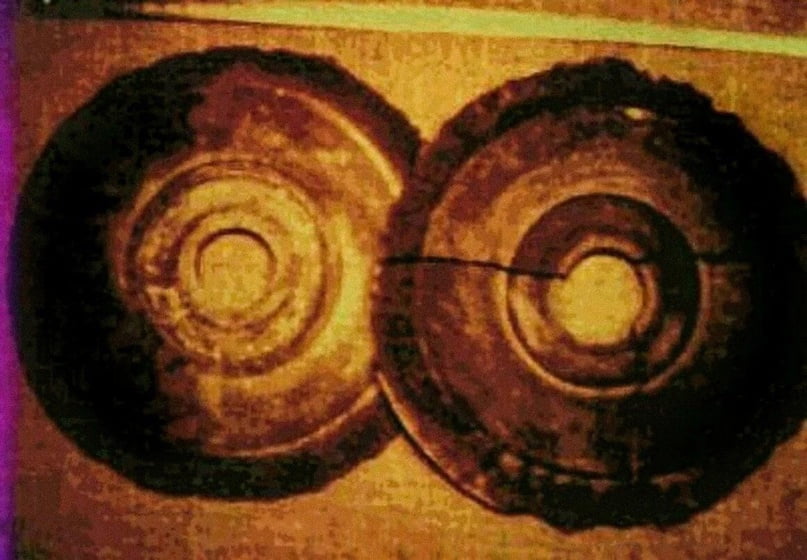 Moreover, they found sculptures carved on the walls that resembled these strange people: short, long-legged figures with large heads and relatively small bodies.

The researchers decided that these people were called “Dropah” because an inscription was carved on one of the sculptures, and they could read it.

The researchers suggested that the members of this tribe must have fallen through a gap in the ceiling above and died from lack of oxygen, since there was no other way out.

They concluded that they were refugees fleeing from another tribe or group of people who for some reason destroyed their homes or land (perhaps a war?). So they buried them respectfully before leaving and never spoke of it again.

The mysterious people of Dropa

In the Bayan-Kara-Ula mountain range on the border of China and Tibet, the Kham and Dropa peoples live, which differ from the surrounding tribes in their unique human genotype.

Representatives of the Dropa and Kham peoples are distinguished by a miniature physique, their average height is 125 cm, and their average weight is 27 kg. Their small stature is compensated by large eyes with blue pupils, as well as a large head.

Since no human could live at such a high altitude and survive without special equipment, the researchers determined that these humans must belong to a different type of humanoid alien life form.

According to an old Chinese folk tale, strange-looking creatures fell from the sky and began to live high in the mountains.

In the last century, Western explorers discovered that the Dropa people, who live in the harsh, icy climate and high altitudes of the Himalayas near Tibet, have inhabited these regions for thousands of years.

According to the Associated Press (AP) (November 1995), about 120 “dwarfs” were found in Sichuan province in a village known as “Dwarf Village”. 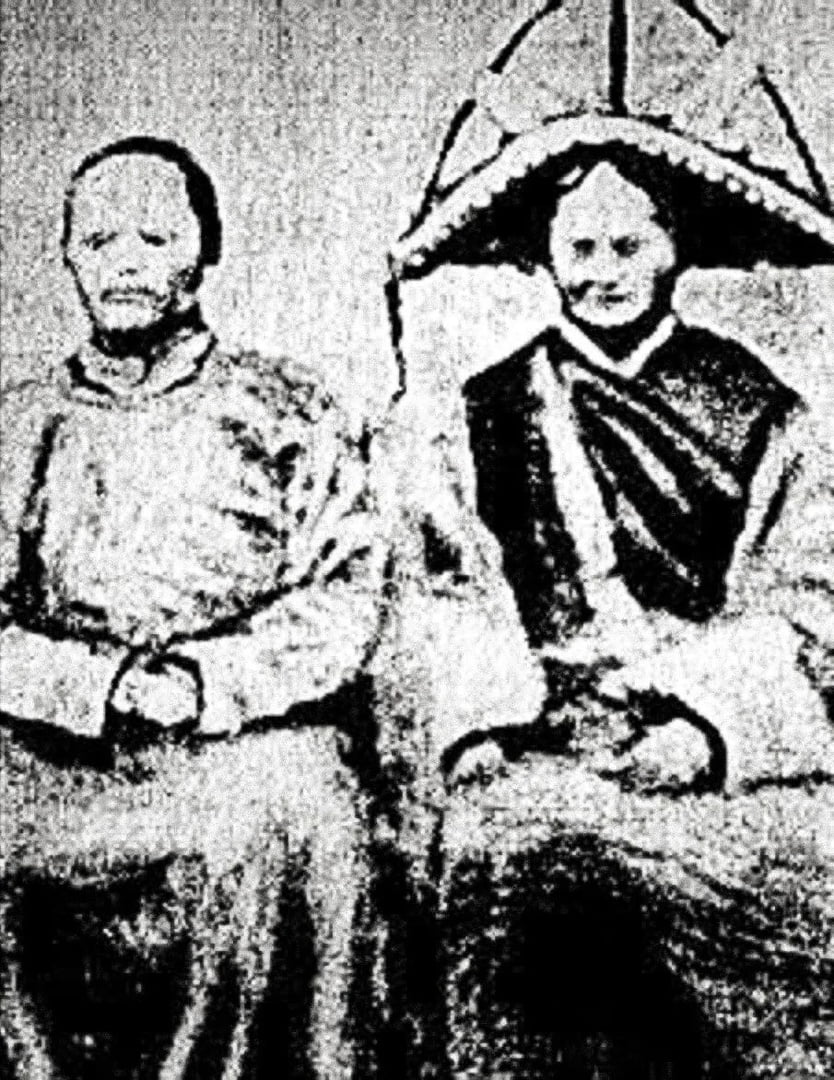 Does this indicate evolutionary adaptation to the climate of the highlands? Or are these discoveries evidence of another theory related to the Dropa stone discs?

The story goes that in 1962, Professor Tsum Um Nui and his team of five archaeologists from the Beijing Academy of Prehistoric Research deciphered the Dropa disc inscriptions. Despite the strange claims contained in the translation, scientists published their research.

As a result, Professor Um Nui was forced to leave China, and he died soon after. After the Cultural Revolution, much was lost forever, although little is known about what happened next. 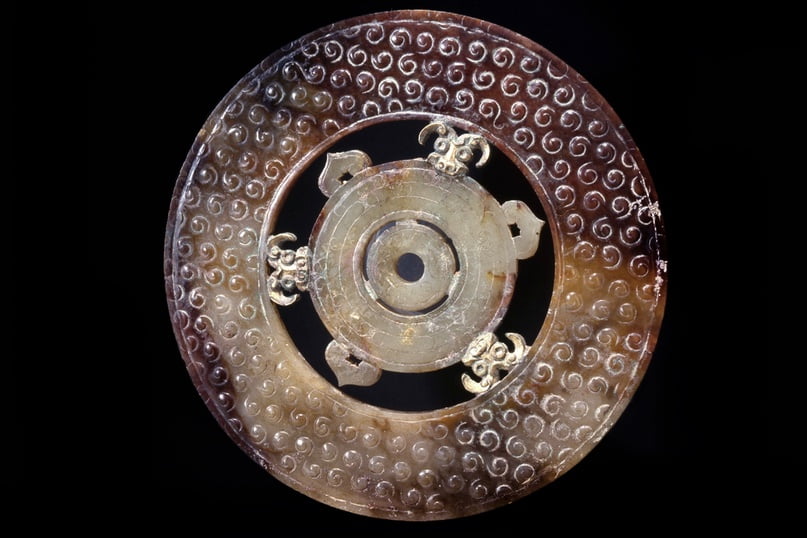 Today, many enthusiasts say that there is no evidence to refute the 1962 story or its translation. It would be foolish to think that the story was made up or that the translation was a hoax. The story may be incredible, but it’s not impossible.

The disks were discovered between 1937 and 1938, and at that time their inscriptions could not be deciphered by modern researchers.

It is possible that in 1962, when a group of specialists tried to decipher them, the language in which they were written was not yet correctly understood. Although we also do not know if this language was already deciphered in 1937 or later.

Scientists in China were able to recover some of the values ​​with the help of technological dating and modern instruments in 1962. Weathering and erosion may be the reason for the inability to decipher any language, and the Dropa stone is no exception.

What is the meaning of the inscriptions?

The inscriptions on the “Drop stone disks” say that the inhabitants of the region called Ham, watched the emergency landing of the spacecraft.

After examining the accident site, people discovered that otherworldly creatures descended from the sky.

The indigenous population began to kill them. Although they were friendly towards the natives, they were considered invaders and many were killed. 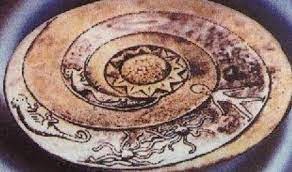 “Drop” descended from the clouds on their aircraft. Our men, women and children hid in the caves ten times before sunrise.

When they finally understood the sign language of the drop, they realized that the newcomers had peaceful intentions.”

The aliens were unable to fix their broken spaceship and therefore stayed with the Ham people. According to many translators, this text suggests crossbreeding between species.

If interbreeding has occurred, then what physical features distinguish modern dropas from their Tibetan and Chinese counterparts? There are a lot of them.

The Dropa people differ from neighboring peoples due to their genetic anomalies.

So, can the inscriptions on the stone disks of the drop still be correct?

Is it possible that the Dropa people really have an extraterrestrial origin?

The famous black hole paradox resolved – But everything is very complicated

The famous black hole paradox resolved – But everything is very complicated