(ORDO NEWS) — In the history of mankind, many legends associated with the moon have spread. In the ancient Chinese book of the Tang Dynasty, Yuyang Zazzu, the following is written:

“During the reign of Wen Zong (809-840), Wang Xiucai and younger brother Zheng Renben went to Songshan Mountain and got lost.

The travelers asked a commoner who was resting on the roadside for directions. At the same time, the man was asked where he came from. He said with a laugh, “Dear sirs, do you know that the moon is made up of seven pantries?

The moon is like a ball, it is empty. The radiance of the Sun is reflected from its surface. 82 thousand families are building it, I am one of them.”

“He showed the way and then disappeared from sight.”

The legend says that the moon does not emit light, but only reflects the sun. How did the people of the Tang Dynasty know about this 1100 years ago? But that’s not all. 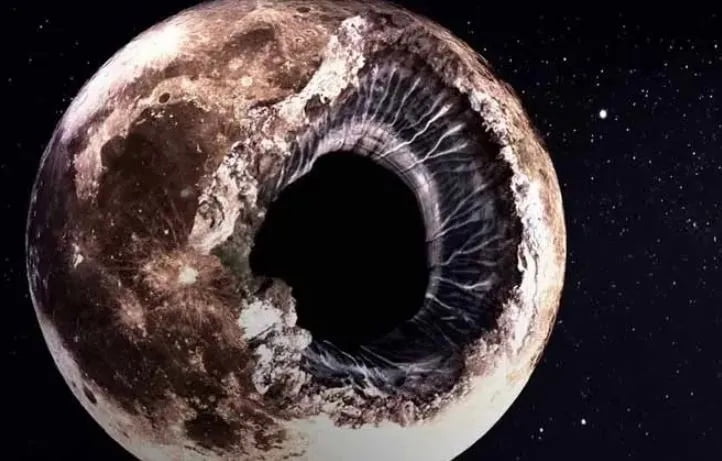 In a past life, the monk was engaged in the construction of the moon

One old Chinese hermit monk told about his past life hundreds of millions of years ago. Human civilization was then very advanced.

At that time, large cities with very tall buildings were located in all corners of the world, giant ships drifted through the air with thousands of passengers.

Thanks to the development of science and technology, people began to think about creating a celestial body that could illuminate the Earth at night. But the moon should shine brightly, not so that people can sleep, but so that it is not completely dark.

After this seemingly unthinkable idea was put forward, it was supported by all sections of society.

Therefore, all of humanity mobilized for the implementation of a grandiose project. The old monk then worked as an engineer and participated in the construction of the moon.

He said that inside the core of the moon there are many complex mechanisms, gears, energy equipment and other devices.

There is nothing in the gap between the core and the shell of the Moon. The outer layer is a protective shell of a thick metal plate several kilometers thick.

After several years of continuous work, mankind has finally completed the construction. The visible surface of the satellite has been polished to reflect sunlight back to Earth at night.

In order for the Moon to be constantly illuminated, the speed of its rotation was calculated in such a way that the polished side was always turned towards the Earth.

The whole world fervently and solemnly celebrated the day of completion of construction. The lunar builders became the most respected group of people of that time, and they were glorified for a long time.

The old monk noted with a sigh that, unfortunately, with the development of mankind, more and more indulge their desires and whims. This led to moral decline.

The high degree of civilization development has led to a lack of material resources and environmental problems.

In the end, humanity suffered a devastating catastrophe, and the Earth was also severely damaged. Everything returned to primitive times, and development began anew, and the history of the moon turned into a fairy tale. 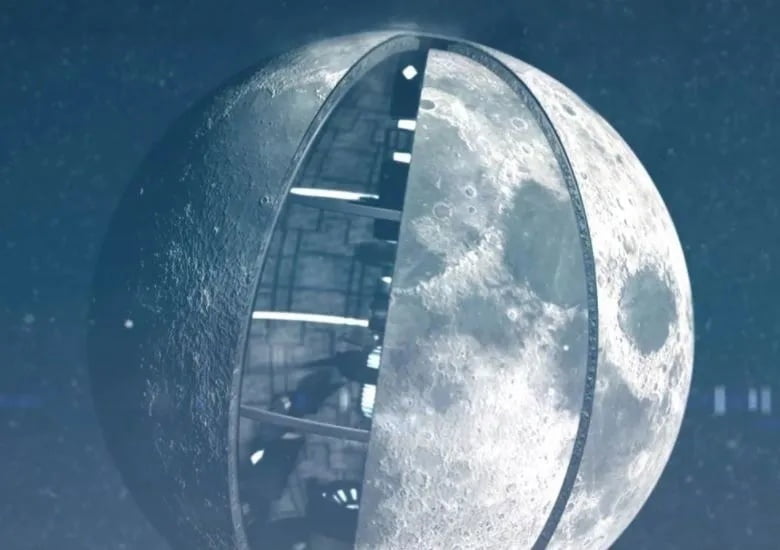 Modern scientists find some evidence that the moon was created artificially

Such a phenomenon is uncharacteristic of astronomy, and at present no second such phenomenon has been discovered.

2- The moon always faces the Earth with the same side. In addition, the reverse side of the satellite is very different from the visible one in its unevenness. If the Moon is the natural celestial body of the solar system, then this should not be the case.

3- The orbits of natural satellites are elliptical, while the Moon’s orbit is more circular (with a radius of 380,000 km).

4- The moon is hollow. Since 1969, the United States has been sending spacecraft to the satellite for scientific expeditions. Seismographs were installed on the surface.

One of the recorded moonquakes lasted more than 55 minutes. Weak fluctuations gradually developed into strong ones.

The maximum intensity was about 8 minutes, then the amplitude gradually weakened until everything calmed down.

All the time of the moonquake there was some kind of continuous sonorous rumble.

“The moon rang like a bell,” Clive R. Neal, professor of geology at the University of Notre Dame (USA), said in a 2006 NASA report.

Therefore, it is assumed that inside the Moon there is a hollow metal crust, and its body is covered with a loose layer with a thickness of 16 to 32 km.

These facts suggest that the Moon could have been created by humans in the past, but this has not yet been confirmed by the scientific community.

Giant pyramid of an ancient civilization at Gunung Padang, created 28,000 years ago by an unknown civilization

Giant pyramid of an ancient civilization at Gunung Padang, created 28,000 years ago by an unknown civilization