(ORDO NEWS) — Whenever we talk about supernatural prophecies, some names are on everyone’s lips, such as Nostradamus, Edgar Cayce and Baba Vanga, whose predictions made them world famous.

But did you know that there was also a prophetess from 16th century England whose predictions were so terrifying that families across England fled their homes and slept in the open, fearing the apocalypse she predicted,

Her name was Mother Shipton, also known as Ursula Shipton. And in addition to being a soothsayer and prophetess, she was also considered a witch, which added to her awesome reputation.

Mother Shipton made some incredibly accurate predictions such as the Great Plague in London, the American Civil War, the Great Fire of London, the advent of airplanes, television, smartphones, the Internet, submarines, combine harvesters, and even the COVID-19 epidemic.

Her enigmatic poems were first published in 1569, eight years after her death, and the most famous work of Richard Head, an Irish writer and bookseller, appeared in 1684. Her prophecies were published over 20 times between 1641 and 1700. 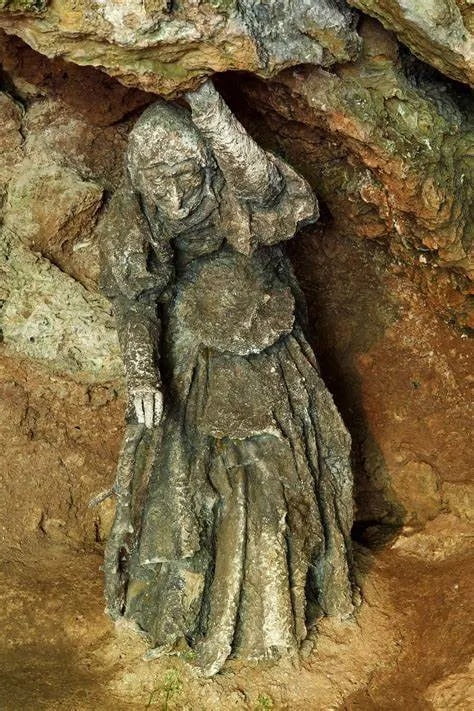 Mother Shipton was born in Knaresborough as Ursula Sontheil in 1488, during the reign of Henry VII. According to local stories, she was born extremely ugly, with a large head and teeth sticking out of her mouth like a boar’s.

Her mother, Agatha, was only fifteen years old when she gave birth, and she did not reveal her father’s name despite pressure from the local population. The locals whispered that she was the child of the Devil himself.

With no family or friends to support her, Agatha raised Ursula alone in a cave near the city. Unfortunately, Agatha died two years later, and Ursula was later taken in by a local family. Much later, she took the name Shipton from the captain, whom she briefly married in 1512. 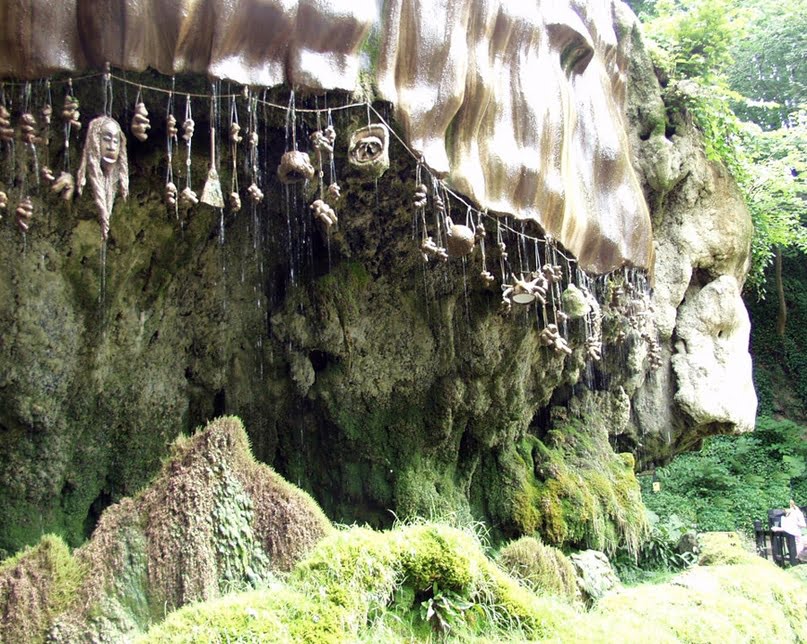 However, Ursula’s reputation as a witch did not fade. Strange stories began to appear about her “ability” to move furniture with her fingers, toss plates with a glance and make food disappear in front of astonished guests. She was also constantly ridiculed for her ugly appearance.

However, despite these taunts, Ursula ignored them and began to spend most of her time in the cave where she spent her early years.

Wandering through the city’s forests, she learned to use various herbs and brew healing potions for a variety of ailments. Soon Ursula’s abilities as an herbalist expanded and she began to offer cures for various ailments. But the real glory came to her thanks to the ability of clairvoyance and supernatural predictions. People began to travel long distances to consult with her about property disputes, military actions, and even predict the future of their children.

Soon her prophecies became even more terrifying. She began to predict wars, uprisings, and natural disasters in cryptic verse.

Ursula became famous and she soon became known as the Prophetess of Naresborough. The King sent messengers from London to hear her prophecies while she earned her living by telling the future and warning people of coming calamities. 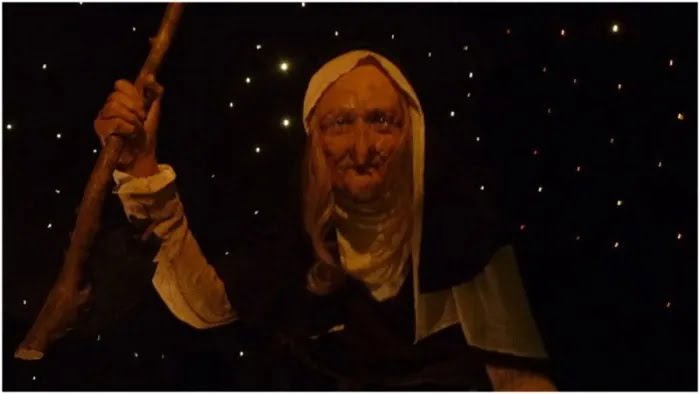 Mother Shipton, feared and revered in equal measure, soon became firmly established in the annals of English folklore and legend.

It is said that Mother Shipton prophesied about many things, and all of them were subject to various interpretations. Let’s take a look at some of these amazing predictions.

Men’s thoughts are flying around the world, Quickly, like the blink of an eye. And the water will work great miracles, Strangely enough, and yet it will come true.

“In the year 1926 Build houses of straw and logs. Then great wars will be planned, And fire and sword will engulf the earth.”

“Thrice beautiful sunny France Will lead a bloody dance. Before the people are free, she will see three tyrannical rulers.”

“When the pictures seem alive with free movements, When boats, like fish, swim under the sea. When people, like birds, will prowl the sky. Then half the world, covered in blood, will die.”

“And England will accept the Jew. Do you find it strange? But it’s true! A Jew who was once despised, Will then be born a Christian.

“And science does not find the means; For it is worse than leprosy. Oh, many signs for all; The truth of this true prophecy.”

Mother Shipton lived during the time of Henry VIII of England and predicted his victory over France in 1513 at the Battle of Spurs.

In the diaries of Samuel Pepys, it is recorded that during an inspection of the damage caused to London by the Great Fire, in the company of the royal family, they were heard discussing Mother Shipton’s prophecy about this event.

Of course, it is better to read her prophecy verses in the original:

Prophecy verses about the future and the end of the world 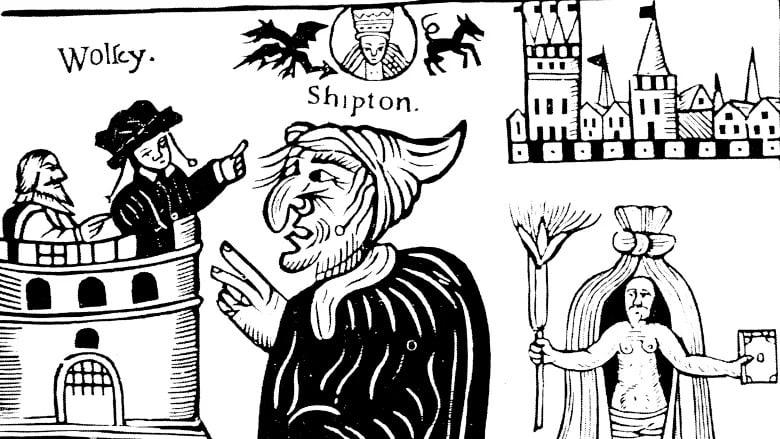 And now a few words in a tasteless rhyme

About what will happen in the future

Then the world will be turned upside down

And gold will be found in the roots of trees.

All the sons of England who plow the land.

Will often meet with a book in hand.

The poor will learn great wisdom.

All are covered with snow and hail.

A carriage without a horse will go

Calamity fills the world with grief.

London will have Primrose Hill

In the center will be the episcopal throne.

All over the world, people’s thoughts will scatter

Fast as the blink of an eye.

And the water will work great wonders.

How strange. And yet it will come true.

Over the lofty hills proud men will gallop

Neither the horse nor the donkey will move beside him.

Under water people will walk

will ride, sleep, even talk.

And in the air people will be seen

In white, black and even green.

The great man will come and go.

And the prophecy declares it.

Iron will float in water

as easy as a wooden boat.

Gold will be seen in the stream and stone

In a land that is still unknown.

And England recognizes the Jew.

A Jew who was once despised.

Must be born of a Christian.

The glass house will appear

In England. But, alas, alas.

Where the pagans and the Turks live.

These states will come together in a fierce battle

And they will seek to deprive each other of life.

When the North Divides the South

And the eagle will build in the lion’s mouth

Then taxes, blood and brutal war

They will come to every humble door.

They will lead to play a bloody dance

Before the people are free.

She will see three tyrant rulers.

Three rulers replace each other

Each of them belongs to different dynasties.

Then, when the cruelest strife is over.

England and France will be united.

Married to a German vine.

People walk under and over streams

Their wonderful dreams will come true.

For in those wonderful distant days

Women will embrace the craze

And cut off your hair.

They will ride with bold eyebrows.

And roaring monsters with a man on top

And they will give a horse and a plow.

There will be a sign that everyone will see.

Rest assured that it will.

Then love will die and marriage will end

And the nations will be weakened, as babies are weakened.

And wives will caress cats and dogs.

At nineteen one hundred and twenty six

Build houses from straw and sticks.

For then mighty wars will be waged

And fire and sword will sweep the earth. 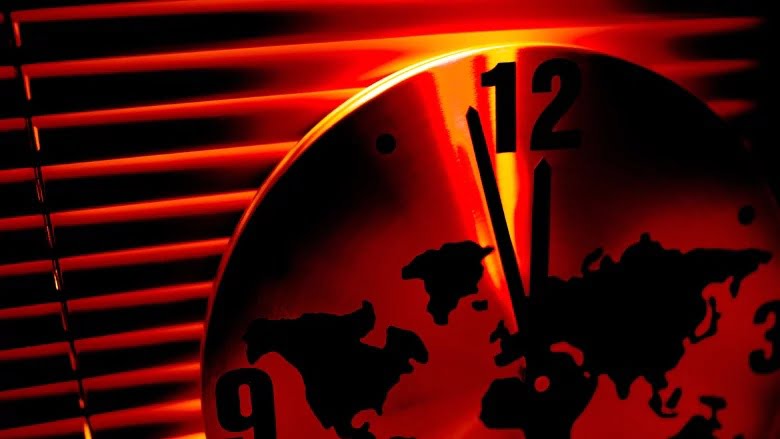 Then half the world, deeply immersed in blood, will die.

For those who live century after century

In fear and trembling it will happen.

Run to mountains and burrows

In swamps, forests and wild swamps.

For storms will rage and oceans will roar.

When Gabriel stands on the sea and on the shore

And when he blows his wonderful horn.

Old worlds will die and new ones will be born.

The fire dragon will cross the sky.

Six times before this earth dies.

Humanity will tremble and fear.

before the sixth harbinger in this prophecy.

For seven days and seven nights

one will watch this amazing spectacle.

The ebb and flow will rise above their comprehension

bite off the shore, and then

The mountains will start to rumble

And earthquakes will split the plain to the shore.

And the waters flood, rushing in

flood the lands with such a roar.

That humanity will cowardly in a dirty swamp

And growls at his brethren.

He bares his teeth, fights and kills.

And hides food in secret hills.

And ugly in his fear, he lies.

To kill marauders, thieves and spies.

A man in horror runs from the floods

And kills, and rapes, and lies in the blood.

And spilled blood from human hands

will stain and harden many lands.

And when the dragon’s tail is gone

The person forgets and smiles and moves on.

To apply myself – too late, too late

For mankind has deserved a well-deserved fate.

His masked smile is his false grandeur

Serve the gods that they will excite their wrath.

And they’ll send the Dragon back

To light up the sky – his tail will crack

To the ground and tear it apart.

And the people will run, king, lord and serf.

But they are gradually being replaced

In search of a diminishing jet of water

And people will die of thirst before

The oceans will rise and lift the shores.

And the lands will crack and tear anew.

It seems strange to you. It will come true.

And in some far, far away land

Some people – oh such a small group

have to leave their solid mountains

and cross the earth, those few who can be counted,

who will survive this and then

But not on land, which is already there.

And at the bottom of the ocean, harsh, dry and bare.

Not every soul on earth will die

when the dragon’s tail passes by.

Not all lands on earth will sink.

But these will be drowning in stench and stink

from the rotting bodies of animals and people

But the land that will rise from the sea

be dry and clean, soft and free

from human dirt and therefore will

source of a new dynasty of people.

And those who live will forever be afraid

dragon tail for many years.

But time erases the memory.

It seems strange to you. But so be it.

And before the race is rebuilt

To mingle with the earth that has become

cooled down from the heat, and these people can

Enlighten the minds of future people.

To mingle and show them how

live and love, and thus bestow

It’s a natural thing so they can

grow graceful, humble, and when they do.

The golden age will begin anew.

The tail of the dragon is just a sign

for the fall of mankind and its decline.

You are wrong. These things came to me

This prophecy will come true. 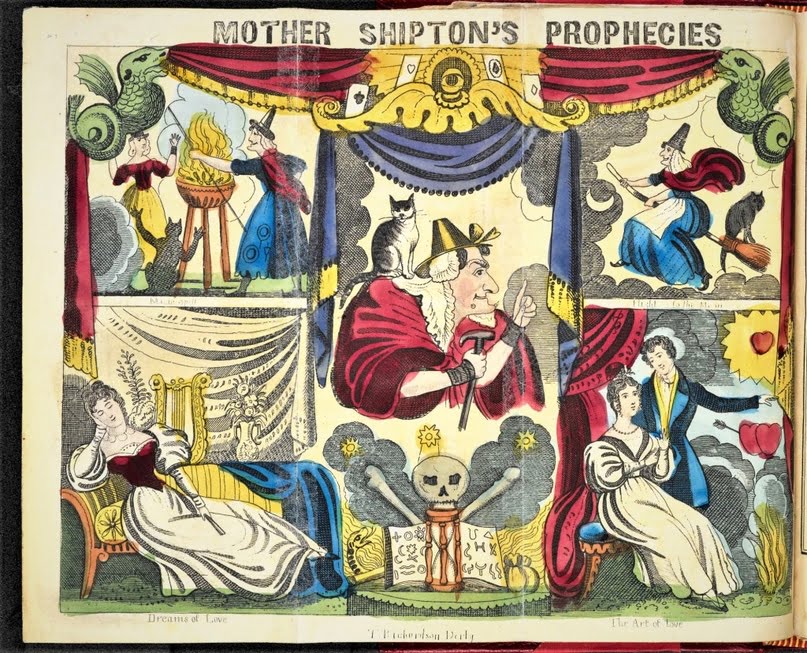 She predicted her own death, which occurred in 1561 at the age of seventy-three.

Why haven’t we picked up the alien signal yet

Why haven’t we picked up the alien signal yet