(ORDO NEWS) —  A spiral galaxy with a double disk located in the constellation Ophiuchus. Before that, only the Milky Way had such a unique structure. It is inferior to UGC 10738 only in size, it is like one hundredth of our Milky Way. 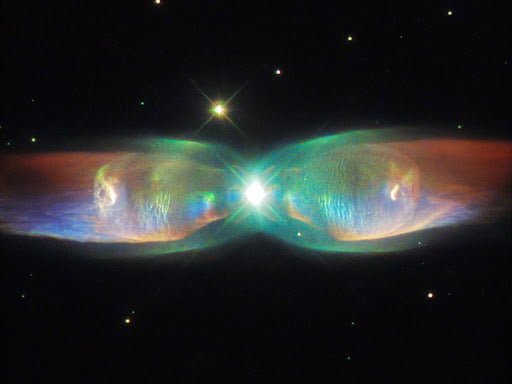 Previously, astronomers believed that the chances of finding something like the Milky Way are extremely small, almost zero. Nicholas Scott, a researcher at the Astrophysical Center of the Australian Research Council, says the find is unique. In so many years of space exploration, to discover such a galaxy for the first time is truly grandiose.

Astrophysicists believe that the discs of the Milky Way were formed 8.6 billion years ago when they collided with another galaxy. The merger of a huge number of stars formed a thin layer 1000 light-years thick. And this is really interesting, because they had to destroy each other. But the galaxies managed to synchronize and merge together.

Our galaxy’s twin, UGC 10738, lies 320 million light years away. Astronomers are studying its structure, trying to explain such a unique and rare structure. The fact is that the circles at the twin did not form due to a merger with another galaxy. Most likely, this system of stars itself evolved and developed to this state.