(ORDO NEWS) — People who can recall their dreams frequently tend to be more creative and show increased functional connectivity in a key brain network, according to a new study published in the journal Nature and Science of Sleep. The results of the study provide new insight into the neurophysiological correlates of dreams.

“I think that dreams are one of the last frontiers of human cognition – the terra incognita of the mind, if you will,” said study author Rafael Wallat, a postdoctoral fellow at the Center for Human Sleep Studies at the University of California at Berkeley.

“Despite the fact that we all spend a significant part of our lives in sleep, there are still so many basic questions related to dreams that have no answers, which certainly makes this topic so fascinating to study!

“In this and previous studies, we address one of these fundamental questions: why do some people remember their dreams every day, while others seem to almost never remember dreams?”

In their new study, Wallat and colleagues used brain imaging techniques to find out if there are neurophysiological differences between people who often recall their dreams and those who don’t.

Participants arrived at the sleep lab at Le Vinatier Hospital the night before their scans and completed self-reports assessing personality, anxiety, and sleep quality.

After the participants stayed in the lab overnight, they underwent three functional magnetic resonance imaging scans to measure brain activity at rest.

This brain network is known to be “active during daydreaming, wandering in thought (for example, getting lost in one’s thoughts), and is hypothesized to promote creativity and dreaming,” Vallat explained. Increased connectivity has been found between the medial prefrontal cortex and the temporoparietal junction, consistent with clinical reports that have shown that lesions in these brain regions result in cessation of dream recall.

“Put simply, people with high dream recall have higher levels of creativity and a different functional organization of the brain, as shown by this study and previous studies in our lab,” Wallat told PsyPost. It remains an open question whether there is a causal relationship between dream recall, creative thinking, and brain wiring, and if so, what is the direction of this relationship (the chicken or egg problem).

Does an increase in dreams promote creative thinking and ultimately lead to changes in brain function? Or does the innate higher functional connectivity of the default mode network in these individuals promote dream recall and creativity?”

An experimental methodology could help unravel the cause-and-effect relationships. “The next step in this research could be to study a group of people who don’t dream about dreams, increasing their ability to recall dreams over time through some proven methods (the most famous of which is simply writing down their dreams every morning when they wake up, a conscious effort remembering their dreams ultimately leads to better dream recall) and assessing their creativity and brain function before and after manipulation,” Vallat explained.

But the study, like all research, comes with some limitations. “As with most functional magnetic resonance imaging (fMRI) studies, we used a fairly small sample size, which limits the generalizability of our findings (i.e., would these findings apply to a larger and more diverse population?),” Vallat said. .

The study also considered only one type of creativity. In the Guildford Uses task, participants are given two minutes to list as many alternative uses for an everyday item as possible. The total number of responses and the number of rare use cases are used to measure a type of creativity known as divergent thinking.

“Creativity is an umbrella term that includes several concepts (eg convergent and divergent thinking, problem solving, extracting the essence, etc.). In this study, we measured one subdomain of creativity,” Vallat noted.

“Understanding the differences in how people remember dreams is just one of the ways we’re trying to decipher this fascinating and mysterious phenomenon, dreams,” Vallat said.

“The study of dreams is a nightmare (pardon the pun!) because they are not directly observable: we do not know exactly when a dream occurs during sleep, and so we must rely on waking the sleeper to ask if he has seen he is asleep or not before waking up, but even then this method is not perfect, because if a person does not report his dreams, we cannot know for sure whether they were not dreams, or they really were, but immediately forgot his dream (dreams ) after waking up. 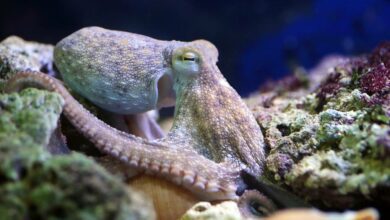