(ORDO NEWS) — In 200-300 million years, the Pacific Ocean will close, and the continents of the world will unite.

Scientists have come to the conclusion that in 280 million years there will be a union of continents, including some areas that are currently under water. The results of the study are published in the National Science Review. 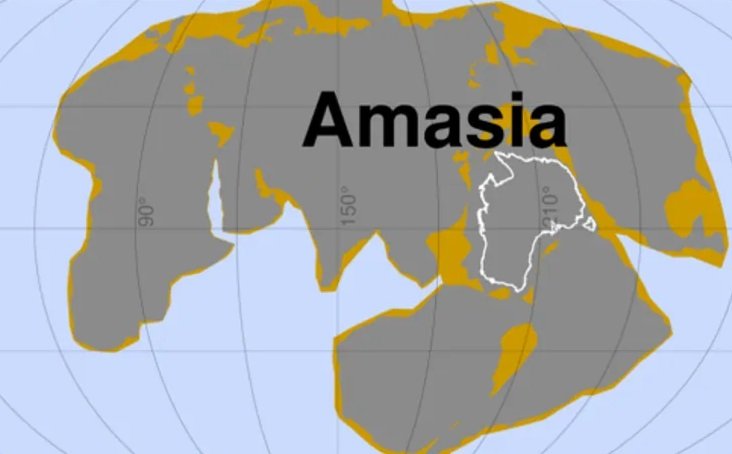 Over the past 2 billion years, the continents on Earth have joined together and then broken apart every 600 million years.

A new study suggests that fundamental changes have taken place deep inside the Earth, so only the first scenario is now possible.

The connection of the continents leaves most of the world in one vast ocean, not counting the rare islands. During the time of the last supercontinent Pangea, this place was known as Panthalassa.

As soon as the continents begin to disintegrate, there are two or more large bodies of water left in the world – an internal one, surrounded by land masses, and an external one, into which the continents move.

The Atlantic and Indian Oceans are the remnants of former inland seas, while the Pacific Ocean is what remains of Panthalassa.

New supercontinents may form as a result of the closure of either the inner or outer oceans. Professor Zheng-Xiang Li of Curtin University claims that this was possible in the past.

However, the Earth has now reached a point where only the outer oceans can close, Lee and the study’s co-authors conclude.

The Atlantic Ocean is currently growing at a rate of several centimeters per year, and the Pacific Ocean is shrinking at the same rate, so the disappearance of the world’s largest ocean basin is inevitable.

Geologists have made similar predictions before, naming the future continent Amasia, which will take 280 million years to form from chunks of Pangea.

However, in the past, such trends have sometimes reversed, and the continents have again moved closer together like an accordion.

The model of the authors of the study suggests that the movement of the continents largely depends on the strength of the oceanic crust between them.

Only when the crust is strong can the continents change direction and reunite across the young inland oceans.

Paradoxically, as the mantle cooled, the oceanic crust that formed on its surface became thinner and therefore weaker.

The researchers found that about 540 million years ago, the Earth’s temperature dropped so much that the crust weakened and such changes were unlikely.

Therefore, Amasia, like all future supercontinents, will be formed by passing through the outer ocean.

With the Americas moving west and Asia moving east, Australia will move north until it collides with Indonesia and ends up in the South Pacific.

Earlier, a group of geologists from Australia and France analyzed the rocks of several islands located in the southern Indian Ocean, and came to the conclusion that a new continent is emerging in these places .