(ORDO NEWS) — While on Mars, the NASA Ingenuity helicopter has become a full-fledged aerial reconnaissance aircraft, helping to realize the Perseverance mission.

NASA’s Ingenuity helicopter was expected to make about five flights. But on September 24, he took off for the 33rd time, thereby proving that the device is capable of flying many times in the rarefied atmosphere of Mars.

According to NASA, the navigation camera of the Ingenuity helicopter captured some debris seen during the flight.

The camera, located on the bottom of the rotorcraft, usually shows one of the four legs of Ingenuity during flight.

The official term for debris is “foreign debris”. It looks like it either fell off during the flight, or simply disappeared from the camera’s field of view.

Although NASA has not yet determined what the object is, the Perseverance rover has previously taken pictures of the debris left behind by the helicopter’s forced landing. 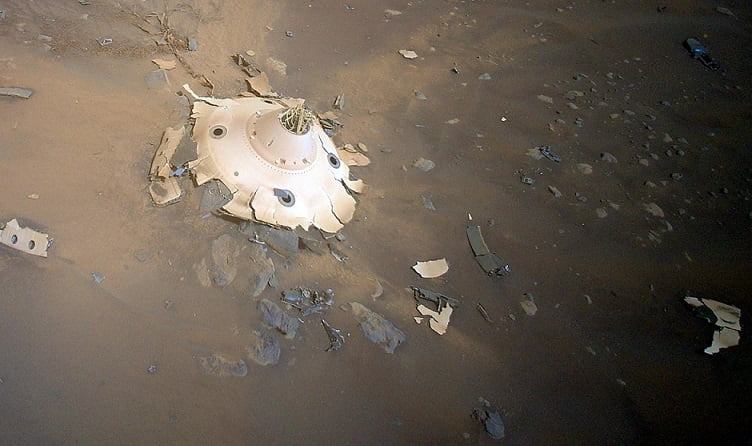 NASA said they are “investigating a small piece of debris that ended up on Ingenuity’s leg during its last flight. In the end, he broke away and did not affect the successful 33rd flight.

The space agency is likely to provide new information about what the object caught on the device is later.

Ingenuity is currently flying reconnaissance missions around Lake Jezero Crater. He helps guide the Perseverance rover, which is busy looking for signs of life on Mars.

The Lake Crater is, according to scientists, an ancient dried-up lakebed on Mars. Perseverance has been exploring the dried-up river delta adjacent to the lake in recent months.

NASA announced last month that it had collected a sample that was found to contain organic molecules .