(ORDO NEWS) — The lake, in which there was a huge amount of water, unexpectedly disappeared for everyone two years ago. It happened in Antarctica. Instead of a lake, a gigantic crack appeared in the ice. Experts fear that this may not be an isolated case and will be repeated in the future.

This is reported by Space.com.

The lake was located on an ice shelf in the eastern part of the mainland. The reason for its disappearance, according to most experts, was a process called “hydraulic fracturing”. Roland Warner talked about how water could open a crack in a glacier and then gradually begin to drain into the ocean through it. All the water from the lake disappeared in just three days.

The number of lakes in Antarctica, formed from melt water, is increasing all the time. Experts fear that this could lead to new cases of hydrofracturing of glaciers. This will lead to catastrophic consequences, because due to the impact of water and the appearance of many cracks, ice shelves will begin to rapidly collapse. The sea level will start to rise very quickly. Warner noted that by 2050 the rate of ice melting in Antarctica could double.

After the disappearance of the lake, experts conducted a study and found that the area rose by 36 meters compared to the original indicators. The area of ​​the crack, which appeared instead of the lake, is 11 square kilometers. It is worth noting that water reappeared in the lake last summer. Scientists today cannot guarantee that the water will escape through the ice valley, and will not provoke the formation of new cracks. 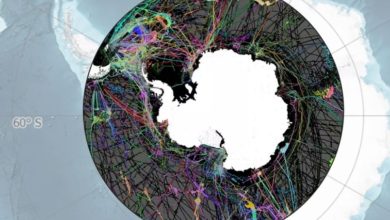