(ORDO NEWS) — Christianity and many other religions claim that God gave all people a soul, the “breath of life”, which is the essence of consciousness (the ability to be aware of the past, present and future) and the essence of their awareness of being.

Christians believe that we are made in the image and likeness of God and are part of God, the Creator of our universe and possibly many other universes. I was thinking that God is an infinite (or at least a higher dimensional) entity that can simultaneously exist inside our Universe and outside of it through the Holy Trinity.

Hence, I was trying to understand how we limited humans living in a limited four-dimensional space (x,y,z and t) could be part of a God that is probably infinite. Jesus Christ, the Son of God, also resided in our four-dimensional universe. 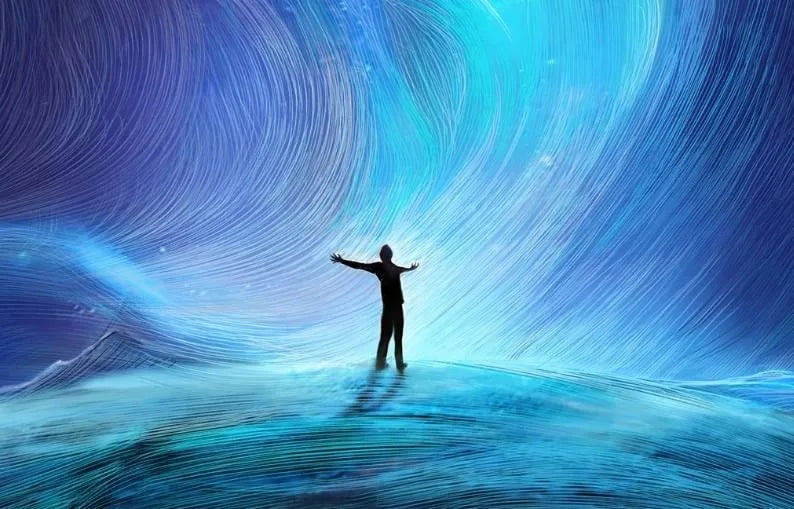 There are details connected with His glorious resurrection which I think can give great insights and clues about what our soul might be, which, in deep thought, gave me a kind of insight, which I will now talk about.

One of the most exciting aspects of being human is the ability to create. Creativity, in a sense, requires the ability to “think outside the box” and to distance or separate the mind from the problem being solved or research as an outside, unbiased observer.

In fact, mathematics can be seen as an attempt to establish a logical template for our seemingly infinite ability to create (at least in our minds, which I call the playground of infinity).

However, our mathematics goes far beyond the usual four-dimensional space – beyond our known and physical intuition – and predicts higher dimensions (as required for string theory, for example) and even predicts non-Euclidean (Lobachevsky and Riemannian space), which was later integrated into Einstein’s relativity (through the curvature of space).

So there seems to be something fundamental to our ability to create that transcends spacetime and biology, which I claim is an integral part of our soul.

It reminds me of the famous novel Flatland, where a 3D sphere visits a 2D square imprisoned in 2D, and the sphere appears to the square as a 2D circle that first increases in diameter, then decreases, and then disappears.

Thus, if the resurrected Jesus has higher-dimensional properties, then His ability to literally appear and disappear from rooms and walk through walls may be a logical possibility.

Also, given all the miracles attributed to Jesus, where and what was the source of His energy? How could God appear to Moses in the form of cold fire? Could they come from other dimensions that we simply cannot see?

Also, I’ve always wondered how souls could travel throughout the entire space/spaces of our universe – assuming it’s limited, and if they were inclined to do so – without the journey taking thousands of years, assuming that they travel at the speed of light.

Now, for pure energy traveling at this speed, time really stops, but for those of us who exist as physical matter (i.e., have physical bodies), we can never witness their full journey to the edges of space during our life.

So it occurred to me that we, like God, must have a component of our being that transcends 4D space/time, as is easy to imagine in our imagination. In this spirit (literally) our soul must be infinite- or at least higher-dimensional in order to make our creativity possible.

Traveling vast distances (eg, parsecs) would then become trivial for an unattached soul – moving from one four-dimensional space-time point to another – by going to a higher dimension and back to four dimensions.

For example, traveling from the North Pole to the South along the curved surface of the Earth is much longer than going through a tunnel through the center of the Earth.

Wormholes have been postulated as a means of traversing the astonishingly vast distances associated with space and/or time travel.

These distances may be practically impossible for us as four-dimensional beings made of matter (except for Jesus, of course, the Son of God – the Creator of everything), but our soul can probably easily overcome them if it has a higher-dimensional component.

Looking at it this way, we can better understand how someone resurrected can appear out of nowhere and easily walk through walls. Of course, there are other ways (for example, quantum tunneling) to overcome seemingly impossible barriers, but this will take us too far. 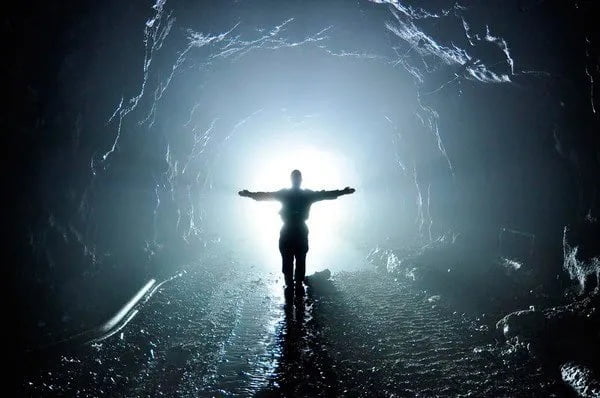 We can also better understand the efforts of those who seek to deny or lead us away from God, to “prove” that our entire existence is completely limited by the “reality” of 4D space, which, in my opinion, is not entirely true.

We do indeed live in a kind of space-time “bubble” that works perfectly on its own principles of physics.

However, the very fact that our universe is expanding into nothingness, just as the surface of a two-dimensional balloon expands into three-dimensional space, demonstrates, in my opinion, the existence of higher dimensions beyond our universe. Even string theory predicts this.

Materialism can be seen as an attempt to confine our free, transcendental spirit to our universe and forget that there is much more within each of us and hide us far and away and make us forget about a possible infinite-dimensional Creator of space-time. and many other universes of potentially different dimensions – God.

When our material/physical bodies perish, our infinite-dimensional or more arrogant soul returns to its Creator and leaves the limits of our universe. In my opinion, our souls are tiny particles of an infinite but ever-growing whole.

This is how we were created in the image and likeness of God – we are infinite or at least higher dimensional parts of God. I do not claim that my simple theory explains everything, or that it is necessarily “correct”.

Of course, this is just a theory. But she certainly inspires me to continue my search for a better understanding of my Creator, which I suspect will never end.

It also demonstrates that science and theology do not contradict each other, but, in my opinion, mutually inspire and complement each other. You can be a scientist and believe in God despite those who ignorantly claim otherwise.

I will end my essay with a vision that never gets out of my head. This is a large number of fireflies (souls) generating their own creative energy/light within different universes of different dimensions, flying into the endless expanses of darkness/nothingness, illuminating them, all in the presence of an infinitely bright light (God) that created them all.