(ORDO NEWS) — Judging by DNA analysis, four populations of people lived in Africa, which previously had significant differences in DNA. That is, initially humanity was not genetically single.

DNA analysis of children in western and central Africa shows that in ancient times there were at least three main human populations whose genes are present in the peoples inhabiting today Central Africa, its southern part, as well as all other modern people: they were genetically dissimilar, especially between about 250,000 and 200,000 years ago.

It turns out that there was a fourth “branch” – an unknown human population that appeared in the same period of time and left a weak genetic trace in modern people inhabiting the western and eastern parts of Africa, scientists led by evolutionary geneticists Mark Lipson and David Reich found out from Harvard Medical School.

This fourth population contained traces of DNA from hominin populations that existed before the appearance of the human species on Earth. Possibly Neanderthals. The genetic data in the new study is “the only ancient DNA record found in western sub-Saharan Africa.”

This genetic evidence of long-dead children is consistent with a scenario in which different populations of Homo sapiens emerged in different parts of Africa about 300,000 years ago, followed by continent-wide intermingling.

A previous genetic study by evolutionary geneticist Pont Skoglund of the Francis Crick Institute in London identified a human population dating back over 200,000 years that was the ancestor of late sub-Saharan rainforest hunter-gatherer groups in western and central Africa.

A new study provides additional evidence for a fourth lineage: The ancient children whose DNA is described in the study have several genes from those ancient rainforest ancestors.

Lipson’s team took the DNA of four children buried in Shum Lak, a rock shelter in northwest Cameroon. In the same place, during the excavations of the 1980s and 1990s, stone tools and other artifacts were found.

In total, 18 human skeletons were found in Shum Lak, most of which were children’s. Some burials are already about 8,000 years old, others – about 3,000.

A 1994 excavation at a rock shelter in Cameroon unearthed the skeletons of two boys buried about 8,000 years ago. Their DNA suggests that human populations in several parts of Africa were genetically distinct from each other over 200,000 years ago. Another discovery concerns one of Shum Lucky’s teenagers, a teenager buried about 8,000 years ago. This boy had a rare set of Y chromosomes that are passed down from father to son.

Today, this paternal “pedigree” is virtually non-existent outside of a couple of ethnic groups living in western Cameroon. Previous research suggests that this male genetic line is between 200,000 and 300,000 years old, making it the oldest known.

It is not clear why only one of the three ancient African boys described in the study descended from that ancient family. 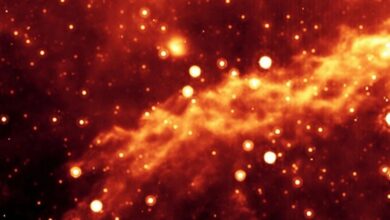