(ORDO NEWS) — Fred Hoyle (June 24, 1915 – August 20, 2001) was a famous British astronomer and cosmologist who not only made a huge contribution to understanding the evolution of stars, the synthesis of chemical elements and cosmology, but also found an unconventional way to force scientists to work more efficiently.

When Hoyle became a sufficiently authoritative scientist, he came up with useful entertainment for himself.

Researchers united and made a lot of efforts to prove Fred wrong, to poke a respected scientist with his nose into his own absurd mistakes!

For example, Hoyle once stated that the influenza and AIDS viruses were brought to Earth by comets, and stardust is bacteria. Scientists could not believe that Hoyle could give out such nonsense!

But their indignation had no weight, so they needed to provide convincing evidence that would not only amuse their pride (after all, they proved that the great Hoyle was wrong!)

But also explain how the real world actually works.

In an interview, as part of his own entertainment, Hoyle stated that there was no birth of the universe, since it existed forever.

He cynically laughed at those who believe that at some point something happened that gave rise to the rapid expansion of space-time ; this “something” Hoyle disparagingly called the “Big Bang”. 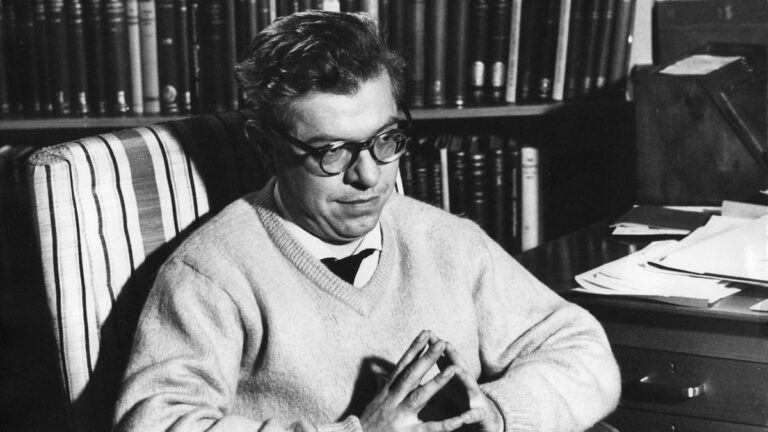 ournalists liked the phrase so much that they immediately popularized it, and scientists who sought to prove Hoyle wrong began to use it as a working term (we still use it today).

Hoyle’s short interview forced international teams of scientists to work proactively to prove to the world that the British cosmologist is wrong!

“Young and fervent, for the sake of argument, climb into those areas of knowledge, wherever they poke themselves on their own initiative.”

Fred Hoyle deliberately jeopardized his own name to force scientists to seek the truth. He was well aware that healthy competition is a quality engine of progress.