(ORDO NEWS) — In front of you is the south pole of Enceladus, the satellite of Saturn, on the icy surface of which four long dark blue faults are visible, called “tiger stripes”.

The length of each tiger stripe is approximately 130 kilometers, and the average distance between them is 35 kilometers. These are very large formations for a satellite with a diameter of 504.2 kilometers.

The image was conscious based on data received by NASA‘s Cassini spacecraft on July 14, 2005, from a distance of about 58,000 kilometers.

As it rotates around Saturn, Enceladus, which hides a liquid ocean under an icy “shell”, is affected by tidal forces that compress and heat it.

At the moment of compression, the stress builds up and the water seeks its way outward towards the thin, crack-prone poles. 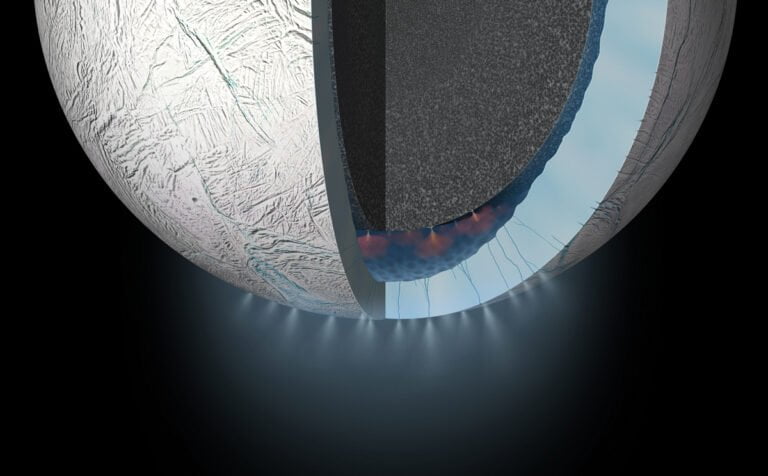 In other words, the tiger stripes are long and deep fissures through which water seeps periodically and freezes, forming dark blue “scars”.

It is worth noting that in some places water does not just seep, but “spit out” into outer space.

Cassini, flying through one of these water plumes, detected the presence of complex organics. This suggested that the subglacial ocean of Enceladus could be habitable.

How square waves appear and what is their danger

How square waves appear and what is their danger