The device is located at an altitude of 814.5 km above the Earth’s surface to study the oceans, land, ice and atmosphere of our planet.

It is reported that in Spain, Portugal and southern France, hundreds of people have already died due to abnormal heat.

Photos taken in the southern region of France on July 12 and 17 show smoke and patches of scorched earth, highlighting the extent of the damage caused by the wildfires due to the intense heat. 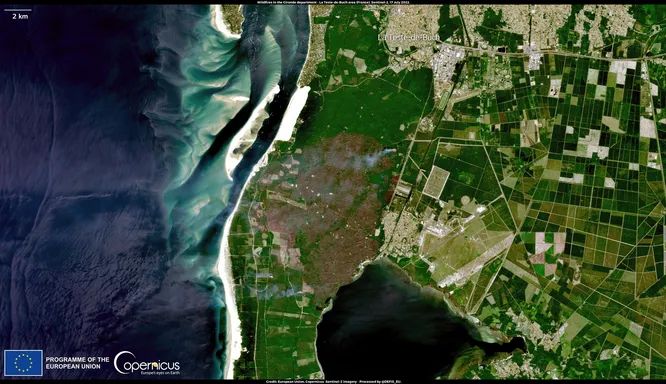 In some places, the surface temperature of the Earth has reached a whopping 60°C! Given that the Copernicus Sentinel-3 received this data in the morning, the temperature should only have risen during the day. 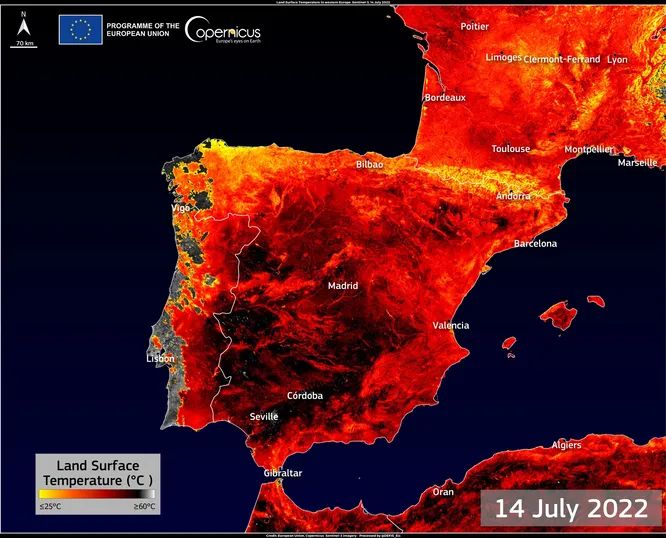 Why is it important to watch the temperature of the land, not the air 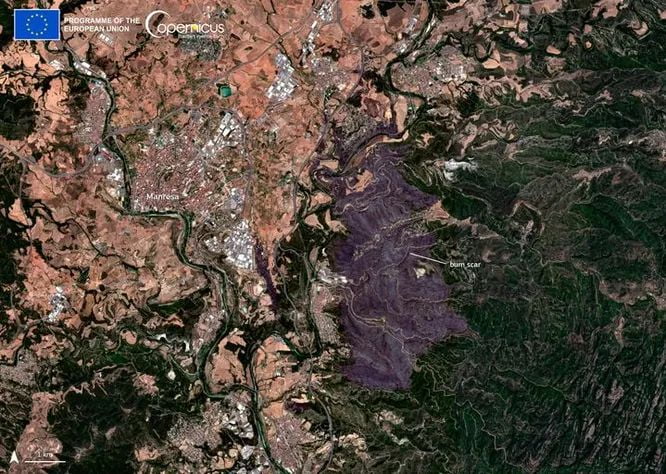 “These measurements are also especially important for farmers assessing how much water their crops need and for urban planners looking to improve heat mitigation strategies, for example.” 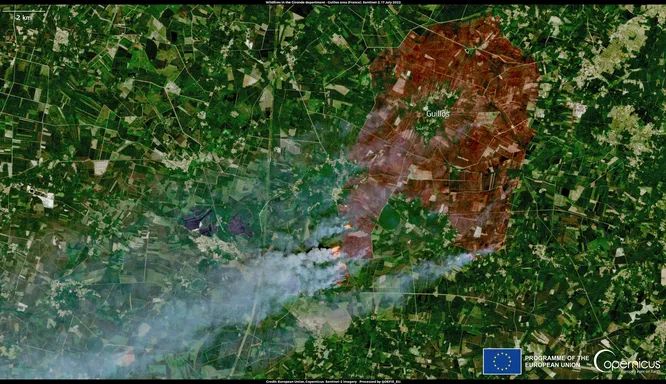 Many of these shots show wildfires that have evacuated more than 16,000 people in total.