US, WASHINGTON (ORDO NEWS) — Cryptocurrencies are not an innocent store of value, but an ideal option for anyone seeking to circumvent strict capital controls or launder illegal income, the author is convinced. And it’s time for governments to seriously strengthen the regulation of cryptocurrency transactions, he argues.

Ransomware (a type of hacker program that restricts access to computer systems until a ransom is paid) is not the best advertisement for cryptocurrencies. Digital currency advocates would rather talk about how celebrity investors are interested in them, such as Tesla founder Elon Musk, Dallas Mavericks owner Mark Cuban, American football star Tom Brady, actress Maisie Williams (she played Arya in Game of Thrones). But the latest hacker attacks and the important role that cryptocurrencies have played in their implementation have become a real PR disaster.

In May, one of these attacks resulted in the closure of the Colonial pipeline; As a result, gasoline prices in the US’s east coast states rose until the company paid hackers $ 5 million in bitcoin. And just the other day, hackers attacked JBS, the world’s largest meat producer. Cases like these draw attention to a problem that has long worried some of us: anonymous cryptocurrencies, which are difficult to trace, provide an opportunity to evade taxes, commit crimes and terrorist attacks.

Against this background, banknotes of large denomination begin to look quite harmless. While well-known crypto advocates are politically connected and have managed to democratize their supporters’ base, regulators cannot sit idly by.

The notion that cryptocurrencies are just an innocent store of value is overwhelmingly naive. Yes, their transaction costs can be large enough to deter most retailers from cryptocurrencies. But for anyone seeking to circumvent strict capital controls (such as China or Argentina), launder illegal proceeds (such as drug trafficking), or evade US financial sanctions (against countries, companies, individuals, or terrorist groups), cryptocurrency remains probably the ideal option.

For decades, the U.S. government has turned a blind eye to the role that $ 100 bills play in the arms and human trafficking, not to mention that high denomination cash undermines the ability of governments in poor countries to collect tax revenues and maintain peace. While Bitcoin and its variations have certainly not yet supplanted the dollar in the global underground economy, they are clearly on the rise.

Even the leading financial firms in the United States already offer their clients options with cryptocurrencies, so it is quite reasonable to wonder what investors are actually investing in. Contrary to frequent claims that cryptocurrencies are underutilized and that there is no business they rely on, there is one such business that is thriving. And it’s not about betting on the chaos of dystopia: cryptocurrencies open up opportunities for investments in the global shadow economy.

Sooner or later, governments will be forced to seriously tighten the regulation of cryptocurrency transactions. Why is their value (first of all, the price of bitcoin) growing rapidly, even with sharp fluctuations that constantly generate news? Part of the answer comes from economic theory, which teaches us that under zero interest rates, giant, persistent asset bubbles can occur that are virtually worthless. Moreover, crypto investors sometimes argue that the sector has grown so large and attracted so many institutional investors that politicians would never dare to start regulating it.

They may be right. The longer regulators drag out decisive action, the more difficult it will be for them to get private digital currencies under control. The authorities in China and South Korea have recently launched an aggressive onslaught on cryptocurrencies, but it is not yet clear how determined they are. In America, financial industry lobbyists have been comparatively successful in holding back attempts to introduce any meaningful regulation of digital assets. Just look at the recent relocation of the Facebook digital currency project to the United States amid a global onslaught of regulators organized by the Swiss authorities.

Yes, the administration of US President Joe Biden is finally going to introduce mandatory reporting on transfers in cryptocurrency in the amount of more than $ 10 thousand. This is done as part of a campaign to improve tax collection. However, in the future, to reduce the potential liquidity of hard-to-track cryptocurrencies, a high level of international coordination will be required – at least in developed countries.

Moreover, this is one of the reasons why cryptocurrencies like bitcoin may well justify their generous valuation of $ 37K (as of the end of May), although their price changes like the weather. If we assume that bitcoin is an investment in transaction technology for the global underground economy, and that even developed countries will take decades to gain control over this currency, then it can generate quite serious rental income from transactions for a while. We shouldn’t expect companies to run their business forever (think fossil fuels, for example), even though they may have a high cost today.

Of course, there will always be a market for cryptocurrencies in war-torn countries or pariah states, although their value would be much lower if they could not be laundered in rich countries. And, probably, there are technologies for disclosing anonymity and, thereby, removing the main objection to cryptocurrencies, although this, most likely, will immediately deprive them of their main appeal.

No one here is opposed to blockchain technology, which underlies cryptocurrencies and has tremendous potential to improve our lives, for example, by creating a trusted and hack-proof network to monitor carbon emissions. In addition, a huge amount of electricity is required for the functioning of the bitcoin system today, but new, more environmentally friendly technologies are already emerging, including those working on the principle of proof of stake.

Unfortunately for those who have invested in lifelong savings in cryptocurrencies, ransomware attacks, which are becoming victims of more and more companies and individuals, could be the turning point when regulators finally get their courage to take action. Many of us are familiar with people whose small companies that were experiencing difficulties were simply destroyed by such extortion. And while governments may have better tools for tracking cryptocurrency transactions than they are willing to admit, in reality they have entered an arms race with forces that have found the perfect vehicle to profit from crime. The regulator needs to wake up before it’s too late. 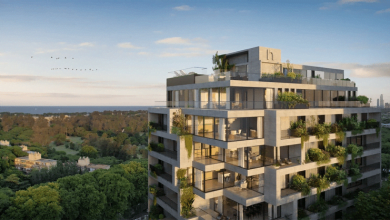 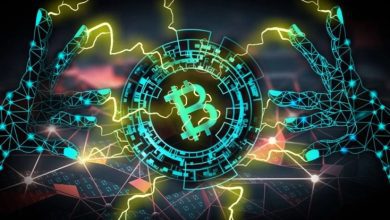 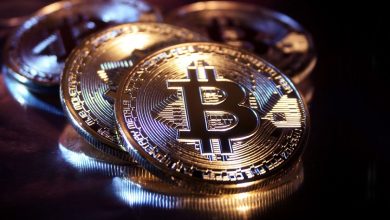