The program of the new Chinese orbital station (OS) has passed another important stage: its manipulator arm was used for the first time to transfer a large-sized spacecraft.

The tests took place today, January 6th. After undocking the Tianzhou-2 cargo ship from the base module, the manipulator moved it to the side and then returned it to its original place.

There are now three crew members at the station. The ship “Shenzhou-13” with taikonauts on board was launched in October, and they will stay in space for six months.

At this time, the taikonauts will build a space station. In November, the crew went into outer space for the first time.

Tiangong is the first multi-module space station in the history of the PRC. Such operating systems consist of a number of modules – sections, which are delivered to orbit separately and assembled there into a single whole.

Thanks to this approach, it is possible to create a station with a mass that is many times greater than the maximum payload of a single launch vehicle. 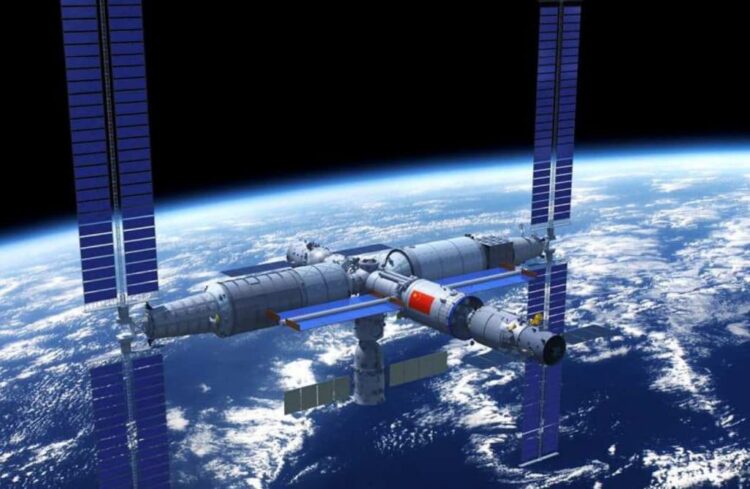 The Chinese space station is located at an altitude of about 400 kilometers. According to the plans, it will function for at least ten years. The OS is designed for three taikonauts: six can be located during crew changes or when visiting missions arrive.

The first (base) module of the station – its control center – was launched on April 29. In May, the Tianzhou-2 ship delivered cargo to the station, and the next month, Shenzhou-12 brought the first three people to it.

When assembled, the space station, consisting of three modules, will have a mass of more than 60 tons. The orbital object is planned to start operating in full this year. In Beijing, they say that the station can be used for international programs.

Recall that now Russia and China are actively negotiating a project for a lunar station, which they want to build together. The parties also invited other countries to participate.

So far, there is no clear understanding of what the new object will be – as well as the tools for the implementation of the plan. At the same time, the parties are determined to start building a base already in this decade. They want to commission the facility in the 2030s.