(ORDO NEWS) — Off the coast of Dahab in Egypt, there is a cave-like hole that extends more than 100 meters into the depths of the Red Sea.

Surrounded by corals and reef fish, with an impressive cathedral-style archway, the natural beauty of the Blue Hole continues to lure countless divers to certain death. People have nicknamed this place the “Diving Graveyard”.

About 40 divers have died in the area around the pit, according to official statistics, but the actual death toll could be as high as 200.

Plaques have been erected near the entrance, paying tribute to the many divers who attempted to cross the underwater cave system.

It is still unclear what makes the Blue Hole the most dangerous diving site. It is believed that the whole thing is in the geological structure of the hole. 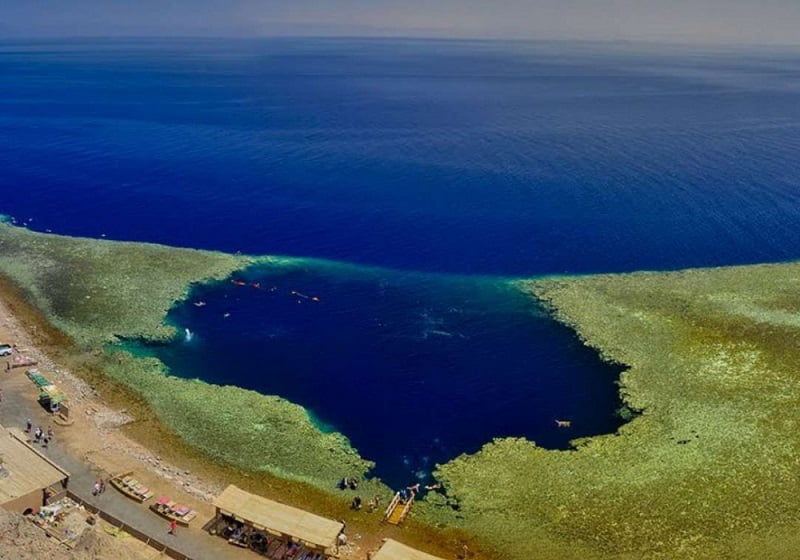 A shallow 6-meter entrance, called the “saddle”, is located near the shore of Dahab and goes straight down 120 meters.

The tunnel, called “Arch”, is 55 meters down the sea wall, moving away from the hole. The tunnel, 65 meters high and 26 meters long, is described as something similar to an underwater cathedral.

Despite (or perhaps because of) its sinister reputation, the Blue Hole is an incredibly popular diving site, and explorers dive into its depths almost daily.

Some thrill-seekers are still determined to go through the entire tunnel that has led to many deaths.

Tarek Omar, a resident of Dahab, began exploring the hole in 1992. Shortly thereafter, in 1997, he began removing the bodies.

Over time, the number of bodies recovered by Omar from the depths increased and his locals nicknamed him “the bone collector”. 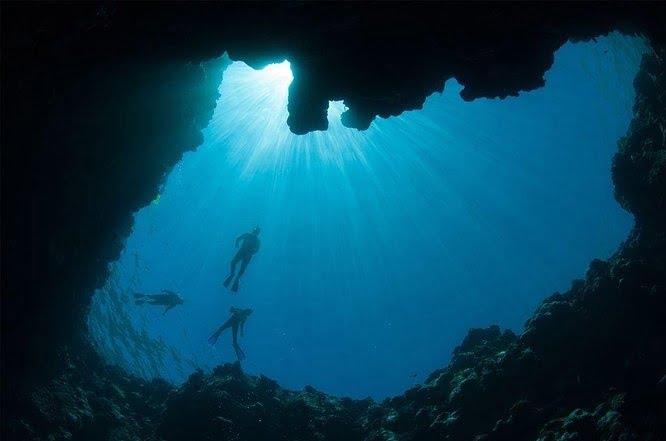 Some of the local divers and instructors working in the area suggest that the huge number of deaths is due to the lack of knowledge and experience of some people who want to descend into the Blue Hole.

The complexity of this geological structure creates its own problems for divers. The depth of the entrance to the arch is difficult to determine.

If divers miss the entrance and continue to descend to 120 meters, they may succumb to nitrogen narcosis, which causes physical and mental impairment.

The underestimation of the huge length of the tunnel, combined with the extra energy required to swim against currents from the open ocean, results in divers sometimes running out of oxygen when attempting to escape through the arch.

The blue hole claimed the lives of very experienced and trained divers. But as the number of visitors does not seem to be decreasing, the Blue Hole will remain the most dangerous diving site on Earth.

Earlier, we talked about a creepy lake at the bottom of the Red Sea , in which animals are marinated alive. Scientists say that everything that gets into it “is instantly killed.”