(ORDO NEWS) — Astronomers discovered the first exoplanets in 1992. They found a pair of them orbiting the pulsar PSR B1257+12 about 2,300 light-years from the Sun. Two years later they discovered the third planet in the system.

Now a team of astronomers are trying to duplicate that feat by searching 800 known pulsars for exoplanets.

The team of astronomers is from the Jodrell Bank Center for Astrophysics at the University of Manchester. Jodrell Bank has a group that works on Pulsars and time-domain astrophysics. Pulsars are objects of interest for a number of different reasons, and Jodrell Bank monitors 800 pulsars as part of their work.

The team is presenting their results in a paper titled “A search for planetary companions around 800 pulsars from the Jodrell Bank pulsar timing programme.” The paper’s first author is Iuliana Niţu and the paper will be published in the Monthly Notices of the Royal Astronomical Society.

Jocelyn Bell Burnell, an astrophysicist from Northern Ireland, discovered the first pulsar in 1967. It took a while for her and another astrophysicist to figure out what they were. There was the usual speculation about alien sources, but once other pulsars were discovered and studied, it became clear they were naturally occurring objects.

Pulsars are rapidly rotating neutron stars that are highly magnetized and emit beams of electromagnetic radiation from their poles. When one of the poles is pointed at Earth, we can see it, kind of like a lighthouse.

Pulsars are known to emit in radio, visible light, X-rays, and even gamma rays. As a pulsar rotates the beam is visible then invisible in intervals as small as several milliseconds. The intervals are very precise more accurate than an atomic clock and that makes pulsars useful tools for astronomers.

Their precise intervals make them ideal for searching for planets around them. Even a slight variation in their timing means the pulsar is moving back and forth. That means one or more planets could be tugging on it. Looking for exoplanets around pulsars is called the pulsar timing method.

The transit method is the more common method of looking for exoplanets. That involves watching the light from a star and looking for regular dips in its light.

A dip in the starlight could signal the presence of a planet transiting in front of the star, and if the dip is repeated regularly, it’s evidence of an orbit. Scientists find most exoplanets with this method, although follow-up measurements with other methods are often used to help confirm a planet’s presence.

One problem with the transit method is its inherent selection bias. It’s much easier to detect large planets because they block more starlight. It’s also easier to find planets orbiting close to their stars because they orbit more quickly and cause dips in starlight more frequently.

This new effort to find exoplanets around 800 pulsars is different than other planet-hunting efforts. This effort isn’t a new survey or monitoring program. Instead, it’s based on searching the existing data on pulsars at the Jodrell Bank Center.

“The dataset used in this work is composed of observations of approximately 800 pulsars from the Jodrell Bank pulsar timing database,” the authors explain.

But what is the likelihood of finding more exoplanets around pulsars? Pulsars are extreme objects with long histories punctuated by episodic catastrophes. “The apparent rarity of systems like that of PSR B1257+12 may well be a consequence of the extreme conditions in which pulsars form,” the authors write.

Pulsars are neutron stars, and neutron stars have calamitous origins. They start out as massive stars between about 10 to 25 solar masses. At the end of their lives of regular fusion, these stars explode as supernovae and then collapse into ultra-dense neutron stars made of neutron degenerate matter. It’s highly unlikely that any planet could survive all of that.

Could planets form after the supernova? Maybe. The authors explain one feasible scenario where a planet forms around a binary pair of stars and then is captured by the neutron star after a collision between the two stars. The planet could have also “… survived the subsequent evolution of the initial system towards a neutron star system.”

“The resulting system would consist of a normal pulsar with planetary companions in eccentric orbits,” they write, although these types of planets would be very rare. It would require a very fine-tuned environment for planets to survive.

A second scenario might be more likely. In this case, the supernova expels an enormous amount of material when it explodes, blasting it out into space at high velocity.

But some of the matter might not escape the remaining neutron star’s gravity. Instead, it forms a protoplanetary disk and planets form via accretion. In this case, “… a normal pulsar, surrounded by relatively small mass planets in circular orbits, is expected,” the authors say.

A third scenario is possible, too. In this case, a planet is actually a remnant of a neutron star in a binary pair of neutron stars. One of the neutron stars disrupts the other or causes the other to partially evaporate. The remnant core is now a planet, made almost entirely of diamonds.

Those are just three of the planet-forming possibilities around pulsars. One of the motivations behind finding more pulsar planets is to narrow down these possibilities into a better-understood framework.

“Overall, there are a large number of proposed formation paths of planets around pulsars, and therefore large-scale searches of planetary-mass companions and their orbital parameters are crucial to constraining and determining the feasibility of various models,” the authors explain. 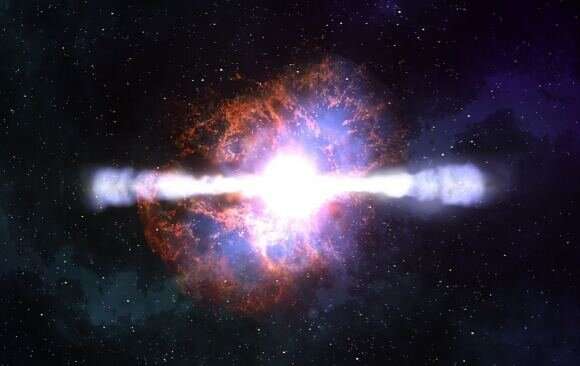 Despite the precision of pulsar timing, there are still some problems. A type of noise can creep into the measurements. “… the detectability of planets around pulsars is also limited by the presence of so-called “timing noise” that manifests as a long-term red noise process in the rotation of the pulsar.

This presents a further challenge in searching for planetary companions, as it can not only mask binary signatures but also mimic them,” the authors write.

Before the team could get their results they had to model the effect a planet has on a pulsar. A pulsar/planet combination is best modeled as a binary pair.

“When a pulsar is part of a binary system (either with a star or a planet), it revolves around the center of mass of the system, moving with respect to the observer on Earth,” they explain. That movement creates a slight delay in the signal reaching Earth. That delay is called a Rømer delay.

The team of researchers used these factors and many others to develop their analytic method. There are necessary limits in work like this, and the most important one involves exoplanet masses.

“We put limits on the projected masses of any planetary companions, which reach as low as 1/100th of the mass of the moon (about 10-4 Earth masses).” Even though that’s a limit, it’s an extraordinarily small planet to be able to detect.

The researchers summarized their overall approach by saying that “This approach is well-suited for a systematic search of planets around pulsars, for placing limits on the mass of any orbiting celestial bodies, and therefore for inferring statistically significant properties of the population of these planets.”

So what did they find?

“We find that two-thirds of our pulsars are highly unlikely to host any companions above 2 ~ 8 Earth masses,” the team says.

“Our results imply that fewer than 0.5% of pulsars could host terrestrial planets as large as those known to orbit PSR B1257+12 (about 4 Earth masses).” PSR B1257+12 is the first pulsar around which planets were found in 1992. It serves as a sort of benchmark for pulsar planet systems.

There’s at least one caveat to these results though, and it pertains to low-mass planets. “… however, the smaller planet in this system (about 0.02 Earth masses) would be undetectable in 95% of our sample, hidden by both instrumental and intrinsic noise processes…” The team also points out that it’s not clear if tiny planets like that could exist in isolation.

15 of the pulsars in the sample did display some irregularities, but they weren’t necessarily planets. The team explains that the severe magnetosphere around pulsars can cause irregular periodicities.

“We detect significant periodicities in 15 pulsars, however, we find that intrinsic quasi-periodic magnetospheric effects can mimic the influence of a planet, and for the majority of these cases, we believe this to be the origin of the detected periodicity.”

In their final analysis, it appears that pulsar planets are very rare. Only a single pulsar in the 800 is a likely candidate to host planets. “We believe the most plausible candidate for planetary companions in our sample is PSR J2007+3120.” 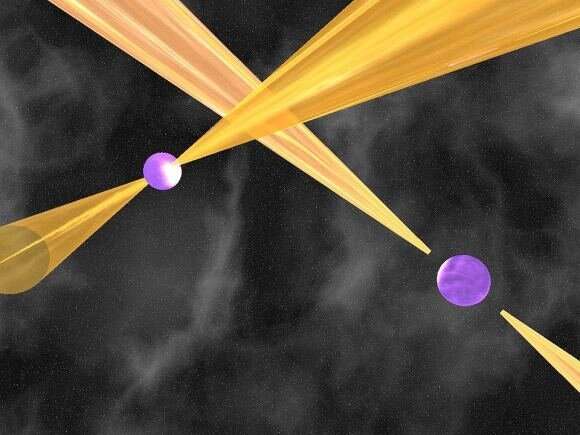 PSR J2007+3120 might host a pair of planets. “Our initial analysis of PSR J2007+3120 revealed an oscillation consistent with a planetary companion of orbital period 723(8) days,” the authors write. The evidence for the second planet isn’t as strong and could be just noise. “… there is not a strong preference between a red noise component and the second planet,” they explain.

In the end, the team didn’t find many planets. Only one of the 800 pulsars shows strong evidence of planets, and the evidence for the second planet around PSR J2007+3120 isn’t very robust. What does this tell us about pulsars and planets? For one thing, it shows how unusual the PSR B1257+12 system is, with three planets.

But they aren’t able to rule out a population of much smaller planets. Some of those planets could be hidden in the noise.

“The timing noise present in most pulsars means that we cannot rule out a substantial population of tiny (< 0.1 Earth mass) planets, though it is not clear if such planets would exist in isolation.” If these planets formed from a disk of material around pulsars, then the same mechanism should also produce more massive planets.

“We, therefore, confirm the hypothesis that the formation of planets around pulsars is rare, and PSR B1257+12 is a special case,” they conclude. For now, it remains the only pulsar to host Earth-size planets.

As technology improves astronomers might have more effective ways of finding smaller planets around pulsars, and of removing the noise in the signal. This effort won’t be the final word on pulsar planets.

As for habitability, that’s extremely unlikely. The region around pulsars is extremely harsh. Powerful magnetic fields could wreak havoc on any planets in the vicinity. And pulsars are neutron stars so there’s no fusion taking place.

They’re little more than cinders, though they can still be extremely hot. Some of the planets that are around pulsars are no more than the blasted remnants of a pulsar’s stellar companion and may be made of pure diamond. Others are captured objects.

But this study was never about habitability. It’s meant to probe some of the most unusual objects in the Universe. Could these extremely dense end-state stars made of degenerate neutron matter, stars that spin rapidly and generate extreme magnetic fields, host planets? 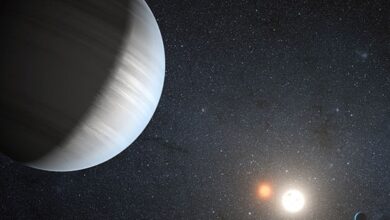 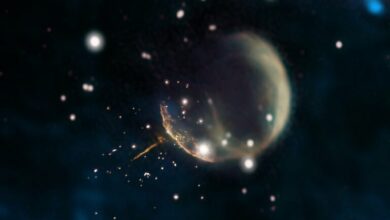 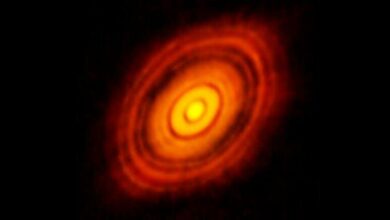 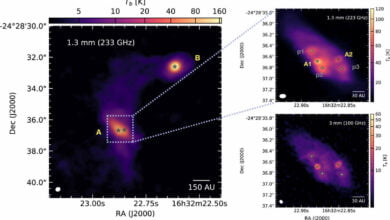