(ORDO NEWS) — The dusty faces of the moon and Mars conceal unseen hazards for future explorers. Areas of highly oxidizing material could be sufficiently reactive that they would produce chemical burns on astronauts’ unprotected skin or lungs.

Taking inspiration from a pioneering search for Martian life, a Greek team is developing a device to detect these ‘reactive oxygen species’ as well as harvest sufficient oxygen from them to keep astronauts breathing indefinitely.

The US Viking landers that touched down on Mars in 1976 carried experiments looking for Martian life whose results are still debated more than four decades later.

Some authorities interpreted this result as evidence of microbial life on Mars except that even after the sample was sterilized with 160°C heat this oxygen production continued. Meanwhile other Viking experiments found no traces of organic chemicals.

“The leading interpretation today is that the results were due to an abiotic chemical reaction,” notes Prof. Elias Chatzitheodoridis of the Geological Sciences Department of the National Technical University of Athens.

“The oxygen production was caused by a reactive oxygen species reacting with water in the nutrient liquid,” notes Prof. Christos Georgiou of the Biology Department at the University of Patras.

“Such reactive species may originate from metal salts of superoxides, peroxides or perchlorates the latter of which was indeed detected by NASA’s Mars Phoenix lander in the Martian Arctic in 2008. 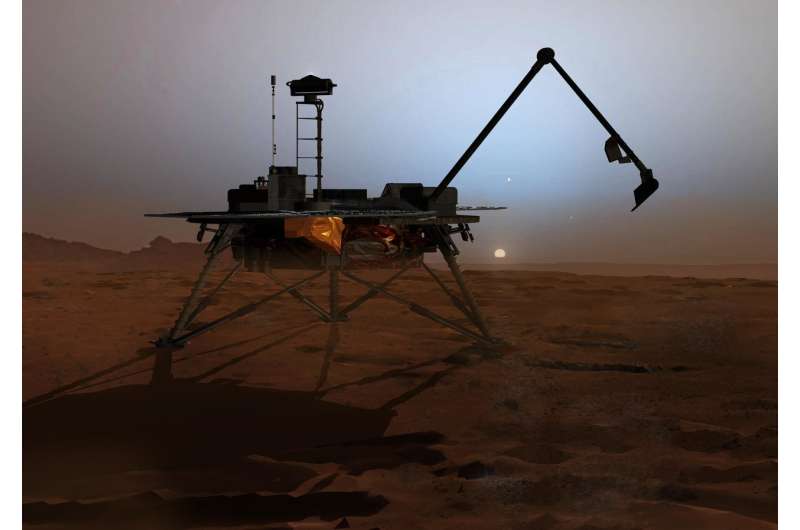 “Charting such highly reactive species will be important for Martian and lunar settlers, not only because their presence will be inimical to human settlement and crop growth but also because they will erase any trace of possible Martian bio-fossils, so these areas can be ruled out of the search for life on Mars.”

The Biology Department of the University of Patras has already performed soil experiments on the generation of reactive oxygen species in soil samples from the arid, Mars-like Mojave and Atacama Deserts, as well as from perchlorate salts exposed to radiation.

“These reactive oxygen species are created by intense ultraviolet irradiation of the surface, especially of fractured minerals broken up by temperature extremes and micrometeorites, resulting in a surface with a lot of free chemical bonds,” explains Prof. Georgiou.

The combined university teams realized that the Viking liquid micro-nutrient experiment would be a workable model for a detector of these reactive oxygen species.

Soil samples would be placed in a microfluidic device, producing detectable oxygen through wetting with water plus the action of catalysts. They proposed the idea to ESA through the Open Space Innovation Platform, seeking out promising ideas for research and development. 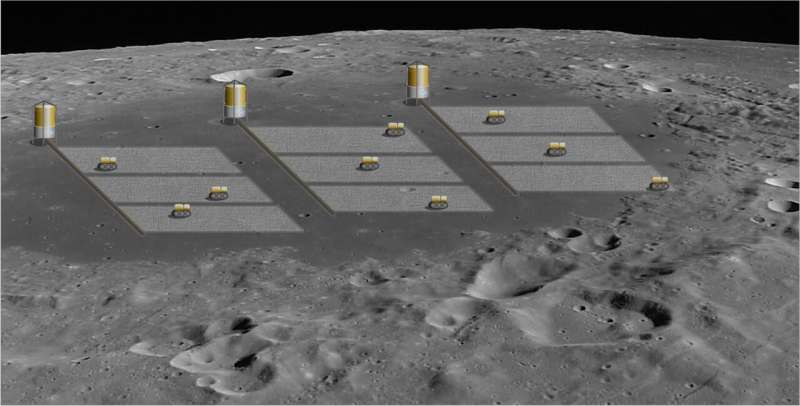 “The exciting aspect is that this technique can be used for more than just superoxide detection,” explains ESA materials and processes engineer Malgorzata Holynska.

“The project, supported through ESA’s Technology Development Element, will include the initial design of a large scale reactor device to periodically extract oxygen from soil, what we term ‘oxygen farming.

Solar UV irradiation will then replenish their oxygen supply within a matter of hours. The estimate is that a 1.2 hectare (3 acre) area would yield enough oxygen to keep a single astronaut alive.”

“Accordingly the project team is looking into creating their own simulants in controlled environments. We will additionally use lunar and Martian meteorites to test the instrument, but also plan to apply to NASA for actual lunar samples for testing.”

“The aim is that the prospecting detector should be smaller than a paperback book,” says Dr. Ioannis Markopoulos, heading the 01 Mechatronics company, planning to produce a prototype detector. “It is likely that astronauts would find it useful across the entire span of any mission to the moon and Mars.” 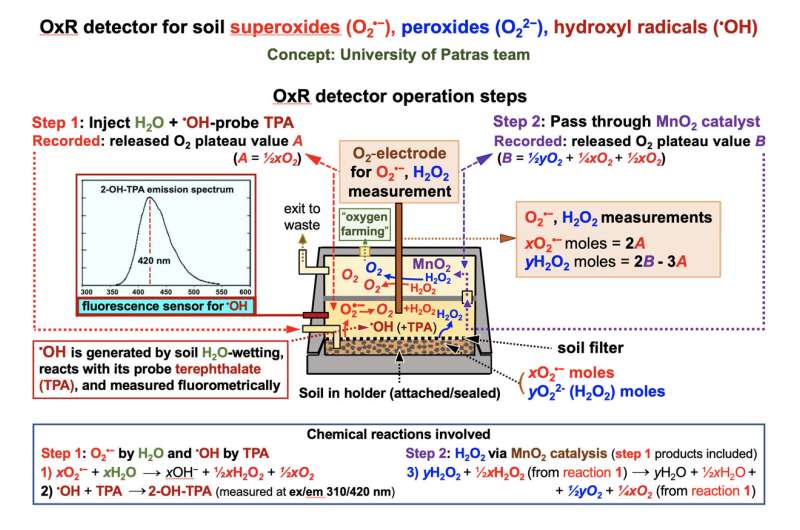 “Reactive oxygen species are produced in our own bodies, hence our bodies produce antioxidants in response,” adds Prof. Georgiou. “They can also be produced through radiation-exposed arid terrestrial soils and during mining activities.

In space they will be produced by cosmic radiation interacting with metal surfaces, such as on water and food tanks, and the cabin oxygen, so such a detector will certainly be useful to monitor the spacecraft environment.”

Dr. Markopoulos adds: “We certainly see the potential for a terrestrial spin-off as well; with these harmful reactive oxygen species widespread on Earth, the potential is there for a very good tool for commercialization.”

Ingenuity still good as new after almost a year on Mars

Ingenuity still good as new after almost a year on Mars