(ORDO NEWS) — The Lunar Reconnaissance Orbiter (LRO), a NASA vehicle in orbit around the Moon, has located the crash site of the Mystery launch vehicle that crashed into the far side of the Moon on March 4, 2022.

LRO images taken on May 25 showed a double crater formed by the impact of the rocket, presenting a new mystery for astronomers to solve.

Although this is somewhat unusual – none of the Apollo S-IVBs that crashed into the Moon formed double craters. It is quite possible to create them if the object hits at a slight angle. But it seems to be different here.

Astronomer Bill Gray, who first discovered the object and predicted its disappearance on the Moon back in January, explains that the booster “came in about 15 degrees from vertical. So that’s not an explanation.” 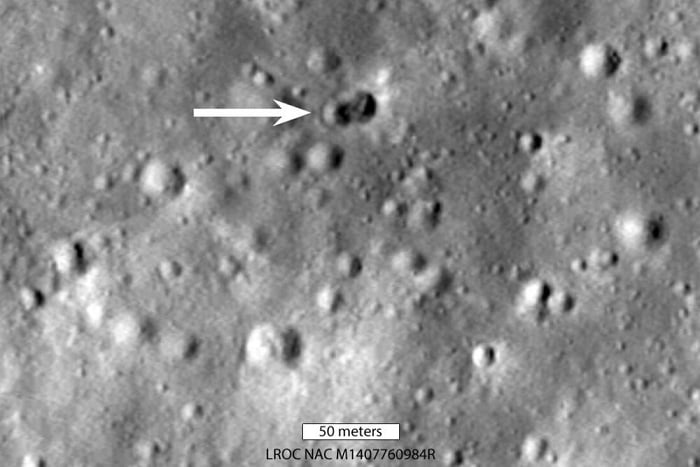 It’s a long story. The unidentified rocket first caught astronomers’ attention earlier this year when it was identified as the SpaceX upper stage that launched NASA’s Deep Space Climate Observatory (DSCOVR) to the L1 Sun-Earth Lagrange point in 2015.

Gray, who develops space debris tracking software, was alerted to the object when his software reported an error.

Gray spread the word and in late January the story went around the world, but a few weeks later he received an email from John Georgini at the Jet Propulsion Laboratory (JPL).

Georgini noted that DSCOVR’s trajectory should not have taken the launch vehicle to the moon. In an attempt to reconcile conflicting trajectories, Gray began digging through his data, where he discovered that he had misidentified the DSCOVR launch vehicle back in 2015.

In the end, SpaceX wasn’t the culprit. But there was definitely an object still flying towards the moon. So what was it?

A little detective work led Gray to the conclusion that it was actually the upper stage of China’s Chang’e 5-T1 mission, the 2014 demonstration mission that laid the groundwork for Chang’e 5, which successfully returned a lunar sample to Earth in 2020.

Jonathan McDowell offered some supporting evidence that seemed to support this new theory about the entity’s identity.

The mystery has been solved.

Except a few days later, China’s foreign minister said it wasn’t their launch vehicle: it deorbited and crashed into the ocean shortly after launch.

As it stands, Gray remains convinced that a Change 5-T1 booster hit the moon, suggesting that the Foreign Secretary made an honest mistake in confusing Chang’e 5-T1 with the similarly named Chang’e 5 (whose booster really fell into the ocean).

As for the new double crater on the Moon, the fact that the LRO team was able to find the impact site so quickly is an impressive achievement in itself. It was discovered only a few months after the impact, with a little help from Gray and JPL, each of whom independently narrowed down the search area to a few tens of kilometers.

Startup was going to send human DNA to the moon

Startup was going to send human DNA to the moon