(ORDO NEWS) — An international group of astronomers has reported the observation of a new type of stellar flares in binary systems – microns. They are millions and billions of times weaker than those observed before, they last only a few hours, but during this time they release energies no less than the Sun radiates in just a year. 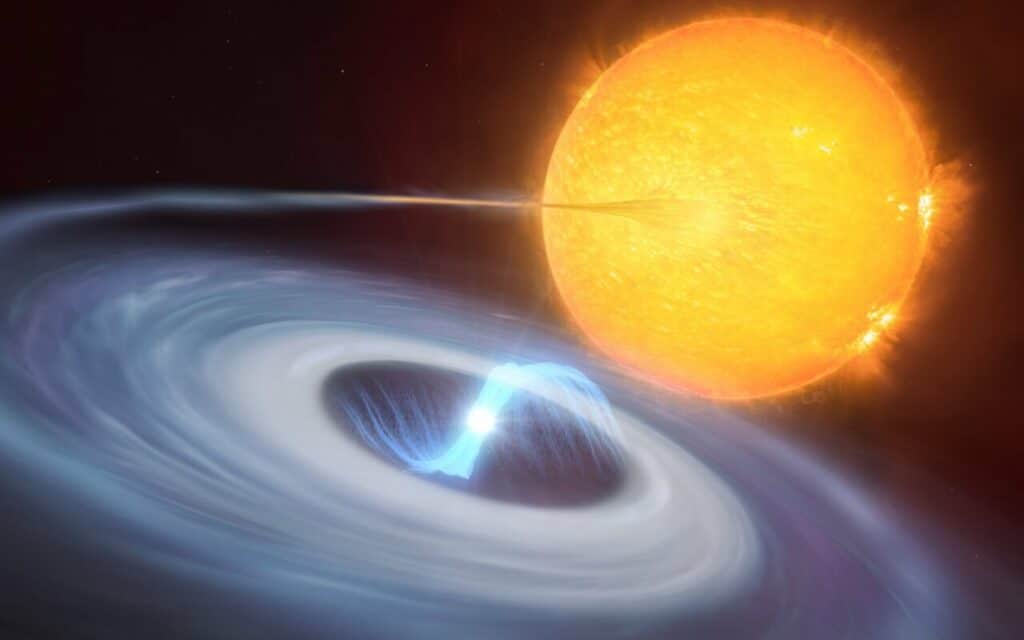 A binary system with a white dwarf in which microns can form, as imagined by an artist. The blue disk orbiting the bright white dwarf at the center of the image is made up of material (mostly hydrogen) pulled from a companion star. Closer to the center of the disk, the white dwarf uses its strong magnetic fields to push hydrogen toward its poles, where fusion occurs and then a micron burst occurs

Star flares are large-scale phenomena accompanied by the release of a huge amount of energy, which terrestrial telescopes can observe by a sharp increase in the brightness of a star by several orders of magnitude. Before the invention of modern telescopes, it was believed that new stars were formed in this way.

Now it is known that such events occur, for example, in binary systems, where one of the stars pulls the matter of a companion star onto itself, accumulates it on its surface, and then flares up as a so-called new star (or simply new), dumping the accumulated in the outer shell substance, and starts the process all over again.

Subsequently, astronomers discovered stars that, in the process of evolution, by means of an explosion, dump their outer shell into interstellar space, giving rise to even more powerful events – supernova explosions.

Among large-scale stellar flares, there are both kilonovae (the merger of two neutron stars), and hypernovae (the explosion of a star after the collapse of the core), and now micron ones have appeared.

While still extremely powerful, they are “micro” by astronomical standards: a micron releases a million times less energy than a nova.

An international team of astronomers first noticed these microflares while analyzing data from the TESS ( Transiting Exoplanet Survey Satellite ) space telescope, which is actually designed to search for exoplanets.

“While reviewing astronomical data collected by the NASA TESS telescope, we discovered something unusual: a bright flash of light in the optical range that lasted for several hours. With further search, we identified several similar signals,” says Nathalie Degenaar , an associate at the University of Amsterdam and co-author of the study. 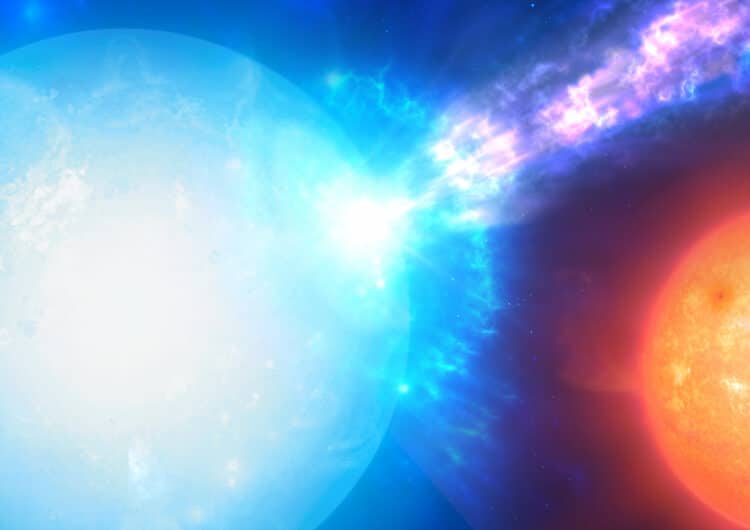 An artist’s close look at a micron flash

In all three cases, microns were observed in binary systems with a white dwarf – a star the size of the Earth, but close in mass to the Sun. Observation of three similar systems at once made it possible to determine the most probable cause of the appearance of microns.

In the case of outbursts of new ones, the white dwarf, pulling matter from the upper layers of the companion star and distributing it over its entire surface, continues to maintain thermonuclear reactions in it for several weeks, until the next outburst.

It is assumed that microns develop according to a similar scenario – except that the fusion and outburst are localized near the magnetic poles of a white dwarf in the presence of a strong magnetic field.

“This phenomenon challenges our understanding of how thermonuclear explosions occur in stars. We thought we had learned the process, but this discovery offers a whole new way to achieve them. It just shows how dynamic the Universe is.

Such events can actually be quite frequent, but because they happen so quickly, they are very difficult to observe,” summed up Simone Scaringi , an astronomer at the University of Durham (UK) and lead author of the study.