(ORDO NEWS) — The crest of a South American pterosaur that lived in the Cretaceous period was decorated with bright feathers, very similar to dinosaur feathers. Apparently, their ancient common ancestor still had such – and since that time, the animals of these groups have been distinguished by complex behavior. 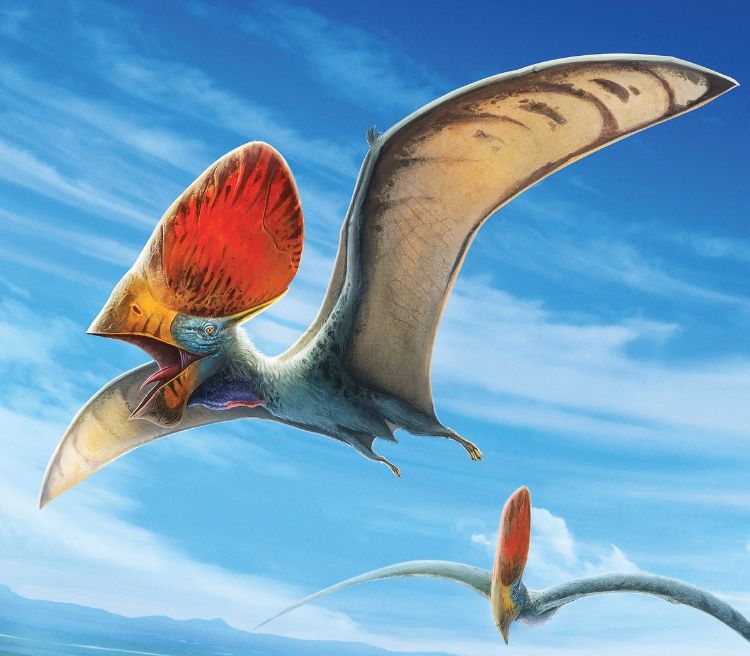 Tupandactyl emperor in flight. Modern large birds of similar wingspan have a smaller body length. How pterosaurs managed to fly at such proportions is still not entirely clear

Until half a century ago, dinosaurs and pterosaurs were presented as huge cold-blooded lizards (including popular films like Jurassic Park).

About 30 years ago it became clear that they were warm-blooded. Then they began to find the remains of external heat-insulating covers, without which it is not easy for a land warm-blooded animal to survive.

For some of the dinosaurs that survived in the best conditions, they found something like the remnants of the base of feathers. Subsequently, such finds were also made for a related group of pterosaurs. They were the main flyers of the Cretaceous period.

However, there was debate among scientists about what functions these feathers had. Modern birds, belonging to a group of dinosaurs called maniraptors, use feathers not only for thermoregulation, but also with a “signal” function.

For example, they allow you to increase attractiveness in the eyes of the opposite sex – while the brighter the colors, the better.

A number of researchers noted that the size of the vesicles with pigments in the remains of pterosaur feathers is the same. This indicates a uniform color – no signal function. If so, then the behavior of pterosars could be simpler than that of birds. 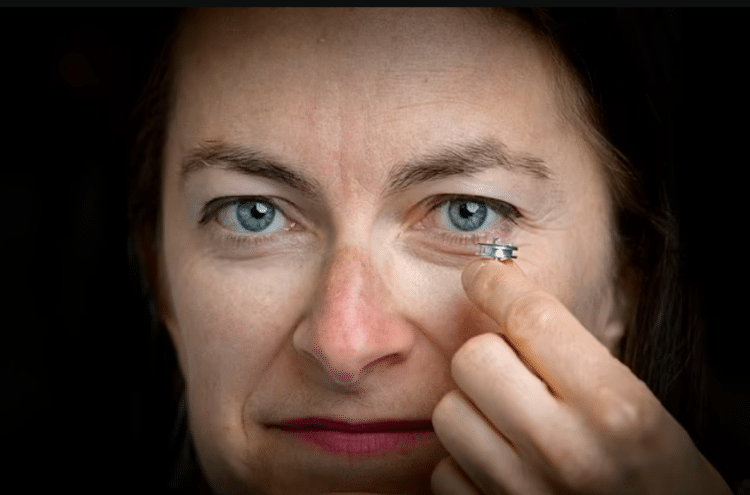 Maria McNamara, one of the authors of the work. holding a tiny remnant of a pterosaur tupandactyl emperor feather

An international team of scientists has examined finds of 113-125 million year old Tupandactylus imperator pterosaur feathers preserved in Brazil. It turned out that the sizes of vesicles with pigments (melanos) in different types of feathers and in the skin of pterosaurs differed both in size and shape.

Elongated melanosomes corresponding to the coloration were found in their feathers, the remains of which are preserved in the back of the crest on the head of the pterosaur.

Tupandactylus imperator is not the largest pterosaur: its wingspan is only about four meters. There is still debate about why he needed a very large crest on his head (shown in the picture). Some researchers see it as just a weapon in the fight for chances in sexual selection.

Others point out that it may have served for aerodynamic taxiing in flight. It is difficult to find out for sure, since attempts to create models of flying pterosaurs have so far had limited success, although specifically in the case of tupandactyls, scientists have even tried to develop a special Pterodrone drone. Tupandactyl emperor as imagined by the artist

The main problem is that the wings of this creature look relatively small. Modern birds with similar proportions of wings and body length have limited flight.

The authors of the work note that the melanosomes responsible for the coloring of feathers, as well as the structure of feather coloration, in the “emperor” pterosaur are similar to those in terrestrial dinosaurs.

Since the lineage of pterosaurs and dinosaurs split about 200 million years ago, in the Triassic, their common ancestor also probably had brightly colored feathers. Consequently, it had complex behavioral traits that included sexual selection for appearance.