(ORDO NEWS) — Astronomers have shown pictures of a strange, bone-shaped asteroid called Cleopatra. It turned out that the stone is larger than previously thought. This was reported by Daily Mail.

The asteroid, which is mostly metal, orbits the sun between Mars and Jupiter. The object is 270 kilometers long and 93 kilometers wide. Previously, astronomers believed that its length was 215 kilometers.

The strange space lump, reminiscent of a giant bone, was first discovered in 1880 by the Austrian astronomer Johann Palisa.

The images of the asteroid were taken between 2017 and 2019 by an international team of astronomers led by the SETI Institute in Mountain View. 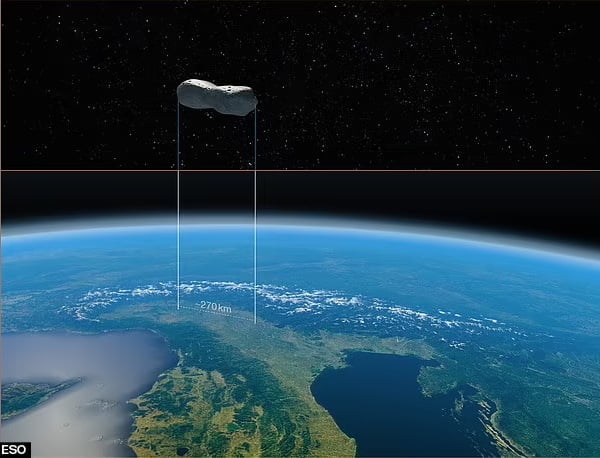 Asteroid Cleopatra is located at a distance of 201 million kilometers from Earth at the moment of the smallest distance between them. Its apparent size is equal to the size of a golf ball about 40 kilometers away from the observer. That is, you will not be able to see it with the naked eye.

Scientists believe Cleopatra is the result of a powerful collision of two asteroids that have not completely collapsed. The asteroid rotates at a tremendous speed. If it moved even faster, then it would begin to fall apart due to the low density of matter, which researchers compare to “a heap of rubble.”

A new geomagnetic storm has begun on Earth

A new geomagnetic storm has begun on Earth