(ORDO NEWS) — Astronomers have discovered the mysterious neutron star HESS J1731-347, which is much lighter than thought possible, undermining our understanding of the physics and mechanism of stellar evolution. And surprisingly, the anomalous object may consist mainly of quarks.

A study published in the journal Nature Astronomy says that a neutron star has a radius of 6.2 miles (nearly 10 kilometers) and its mass is 77% that of the Sun.

This makes finding much easier than other previously studied neutron stars, whose mass – at the same radius – is usually 1.4 times the mass of our star.

A team of astronomers led by Viktor Doroshenko of the Eberhard Karls University of Tübingen in Germany suggest that an entirely new class of stars has probably been discovered.

“Our mass estimate makes the central compact object HESS J1731-347 the lightest neutron star known to date, and potentially more exotic – that is, a candidate for a” strange star “, – the study says.

Neutron stars, which are among the densest objects in the known universe, usually form after supergiant stars go supernovae.

The stellar core can then explode inwards (implosion), which compresses the residual mass into an extremely dense, small object.

According to scientists, one teaspoon of neutron star matter delivered to Earth will have a mass of a billion tons!

Doroshenko and his team have established that the star is actually much closer to us than previously thought.

This refinement, made thanks to data from the ESA Gaia spacecraft , made it possible to recalculate the mass and radius of the object.

In the end, it was found that HESS J1731-347 does not fit into our current definition of a neutron star, which makes the object a possible candidate for the role of a “strange star”. 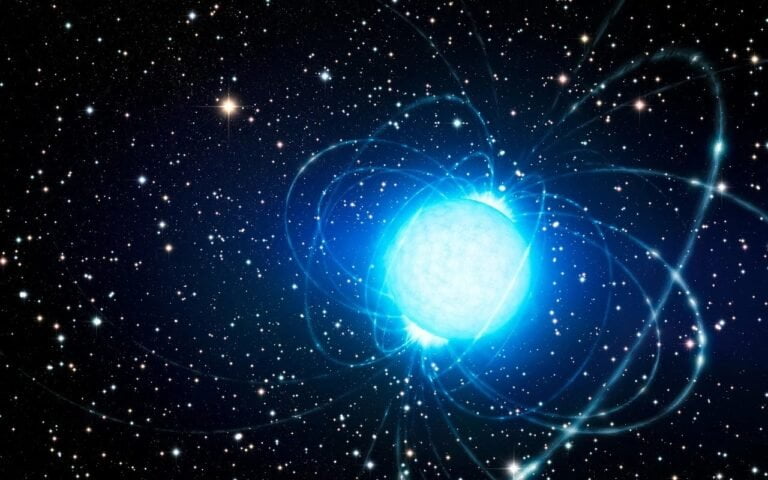 Strange stars are hypothetical celestial bodies thought to be composed mostly of “strange quarks”, allowing them to have lower temperatures and masses than other neutron stars.

Astronomers also speculate that strange stars could be the cause of fast radio bursts—single millisecond-long radio bursts recorded by radio telescopes, the nature of which we have yet to explain.

“Such a light neutron star, regardless of the expected internal composition, seems to be an extremely interesting object from an astrophysical point of view,” Doroshenko’s team concluded.