(ORDO NEWS) — “Abuna Yemata Guh” in Ethiopia is perhaps the most inaccessible place of worship on earth. The church is carved into the side of the rock and is surrounded on all sides by sheer cliffs.

Abuna Yemata Guh is a monolithic church located in the Hozen Province (Hawzen woreda) of the Tigray region, Ethiopia.

It is located at an altitude of 2,580 meters and you need to climb up to it on foot. It is notable for its dome and beautiful wall paintings dating back to the 5th century, as well as for its architecture. 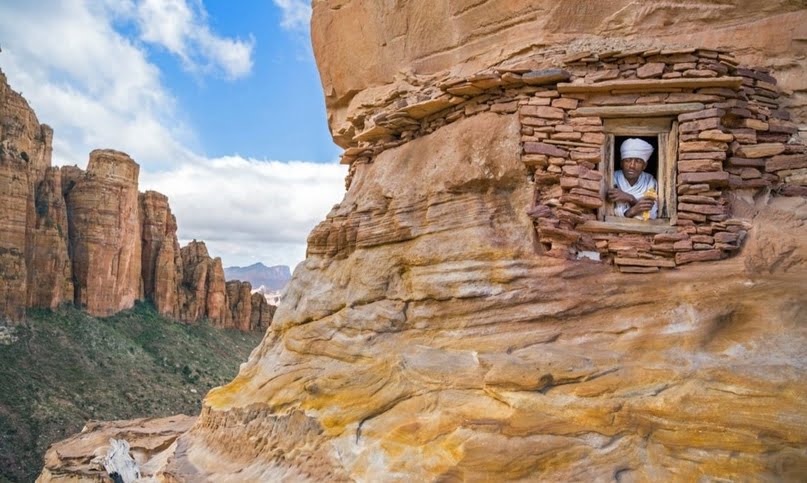 The church is carved into the side of a rock and to reach it, visitors and worshipers must cross a natural stone bridge with a drop of about 250m on each side, then the last narrow wooden footbridge, followed by a climb up a vertical rock wall entirely dependent on hand strength. and feet (barefoot, as this place is considered holy), which ends with a passage along a cornice 50 cm wide, along the edge of a 300-meter precipice. 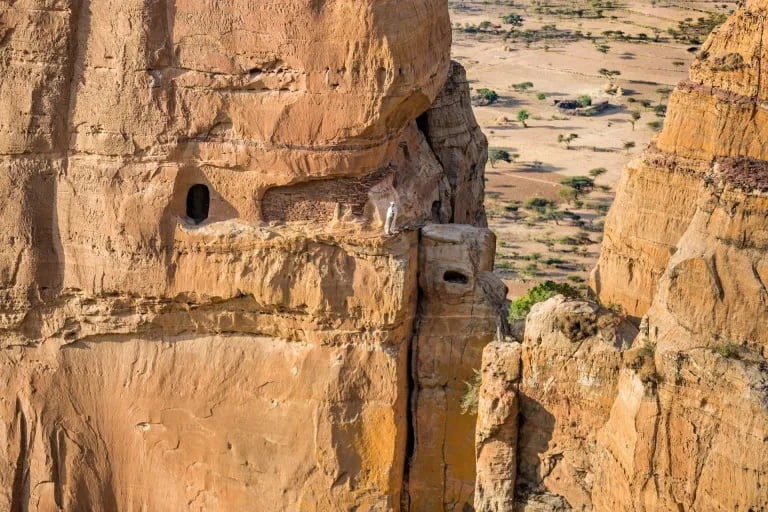 “These places are blessed,” Assef’s father says. “Our patron saint saves those who fall with his wind. They are returned to the ledge halfway down.” 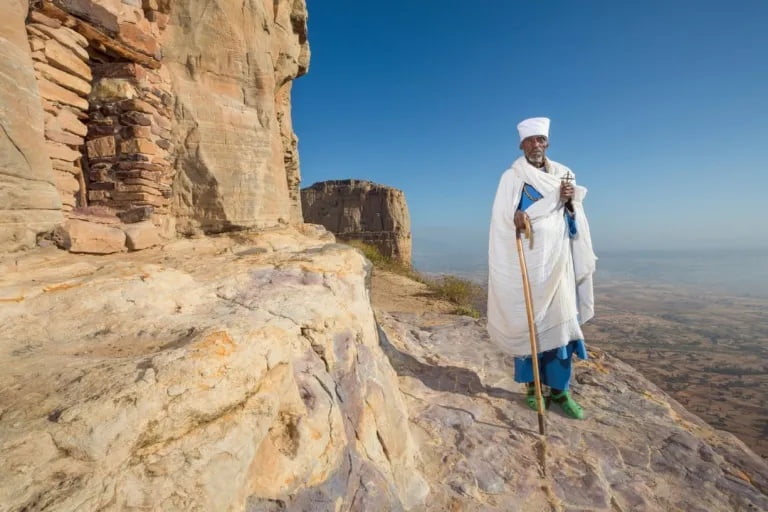 Assefa’s father’s grandfather was also a priest at Abuna Yemata Guh, and many generations of priests were buried among the rocks. 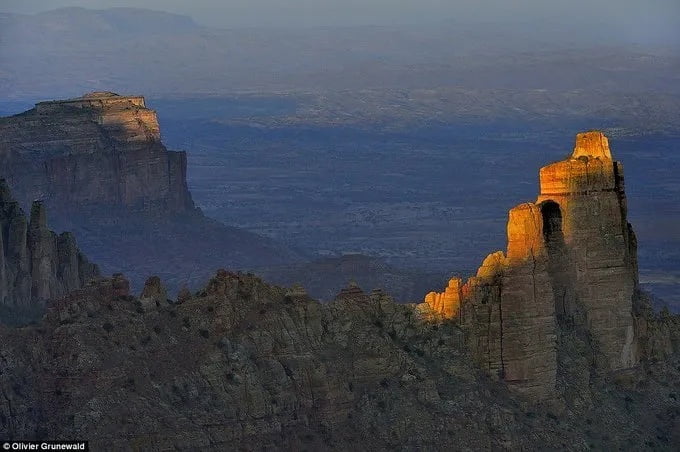 The church was built by Saint Abuna Yemata, one of the nine saints who came out of Syria, Constantinople or Rome to bring Christianity to Ethiopia at the end of the fifth century. 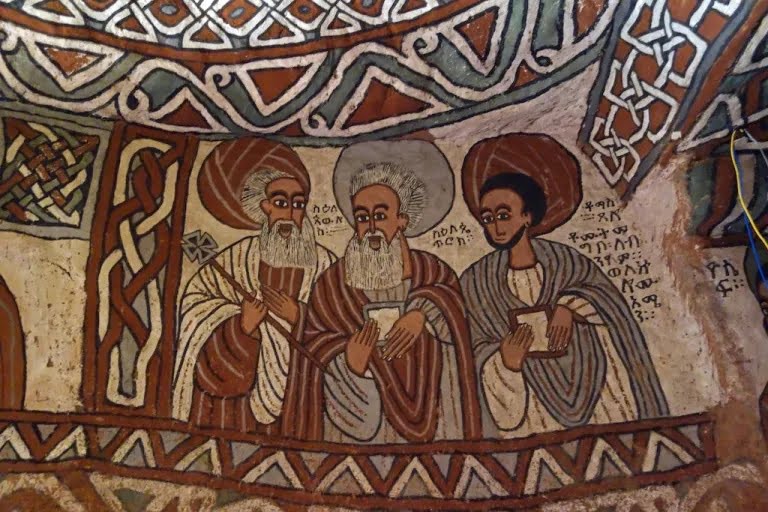 The first 45 minutes of the ascent is not particularly difficult, with a couple of difficult steep sections that require keeping on your feet; the guides carry the ropes for the final push.

The last two minutes require nerves of steel in order to overcome the last climb and dangerous ledge over a 200-meter precipice. 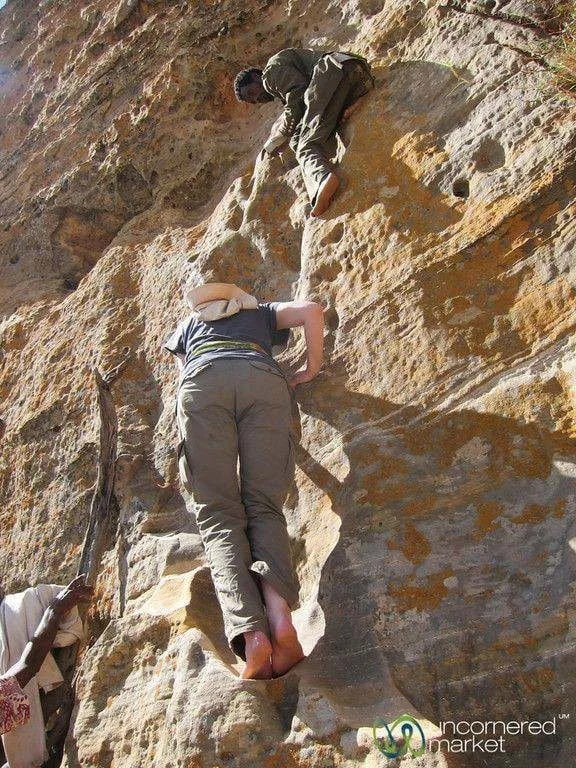 The church houses some of the world’s oldest works of Christian art. 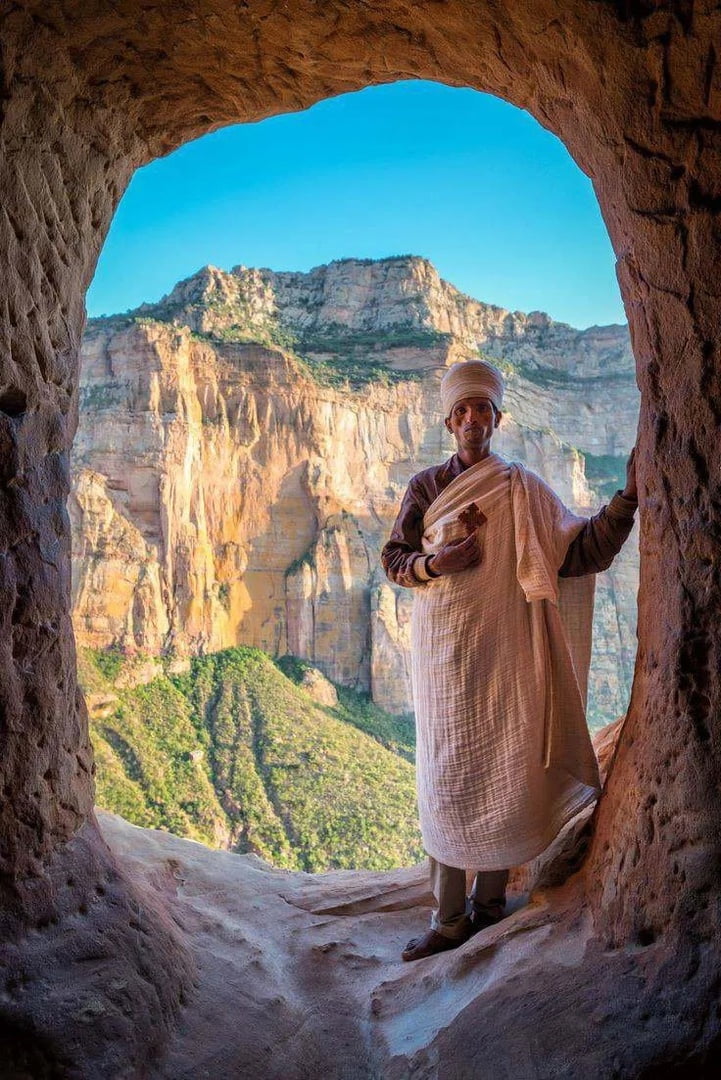 Inside, the sandstone walls are decorated with portraits of the main characters of the Bible, as well as images of parables. 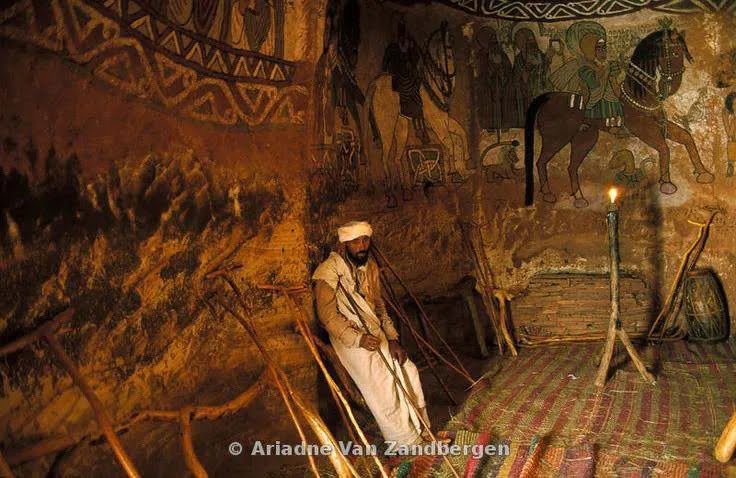 There are more paintings depicting figures from the Old Testament than from the New Testament. Dry air and lack of humidity have preserved these works of art in their original perfection. 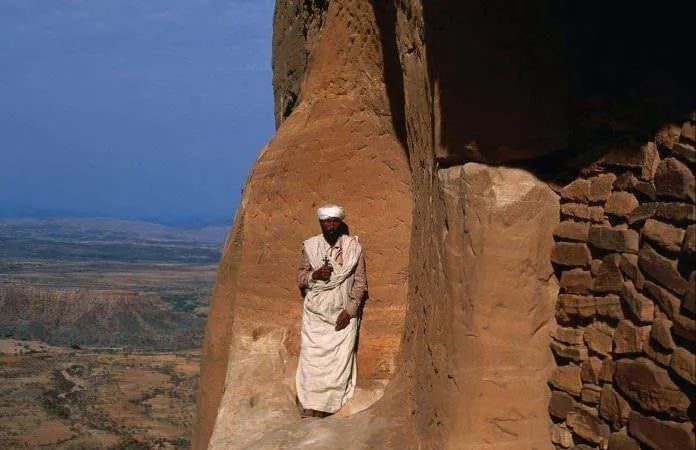 The frescoes go back to the first traces of Christianity in Ethiopia and are dedicated to nine saints and twelve apostles. The oldest icons are made in the form of diptychs and triptychs dating back to the fifteenth century. 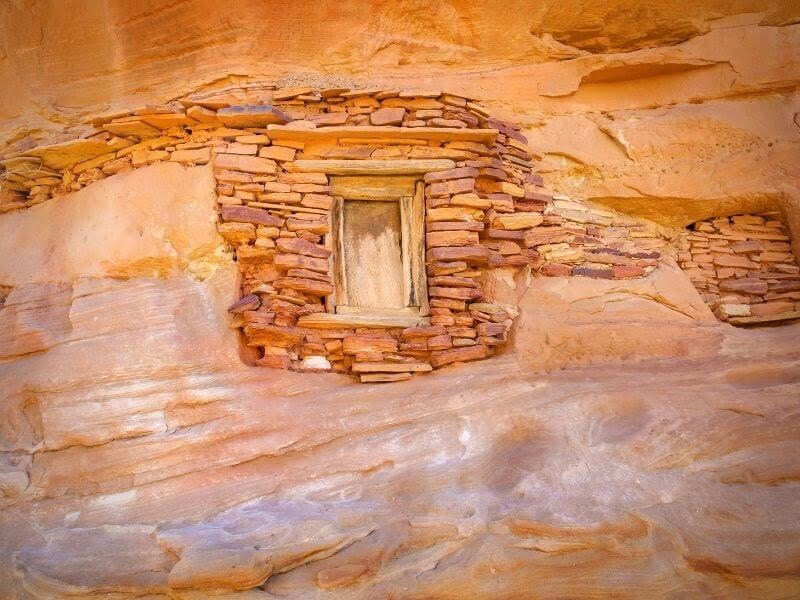 Despite the intimidating climb, the church is very crowded: several times a week, parishioners climb the rock, including mothers with children on their backs, pregnant women, babies and the elderly, to attend the services taking place in it.

Ancient Greek science and technology: From Antikythera to Pharos

Ancient Greek science and technology: From Antikythera to Pharos