(ORDO NEWS) — Archaeologists during the excavation of sacrificial pit No. 8 at the Sanxingdui Bronze Age site in southwestern China discovered a statue of an unusual beast made of bronze.

It is not only the largest zoomorphic sculpture found here, but also the most complete. The beast itself has only one ear broken off, and the figure is missing another small element, according to The History Blog.

The found sculpture depicts a mythical beast, it has a wide open mouth, high standing ears, a rounded body on short legs and a thick tail twisting upwards.

On his broad chest is engraved the sacred tree of life, bronze copies of which have also been found inside the pits.

“The tree is engraved right on it, and it can be considered an idol worshiped by the ancient inhabitants of this region. It could be the personification of a sacred tree,” scientists say.

The sculpture also has a unique detail that historians have never seen before when finding bronze zoomorphic figures: there is a horn on the head of the animal, on which stands a figure of a man dressed in a mantle with a clenched fist. Historians have suggested that he could be a drover or a master of the beast. 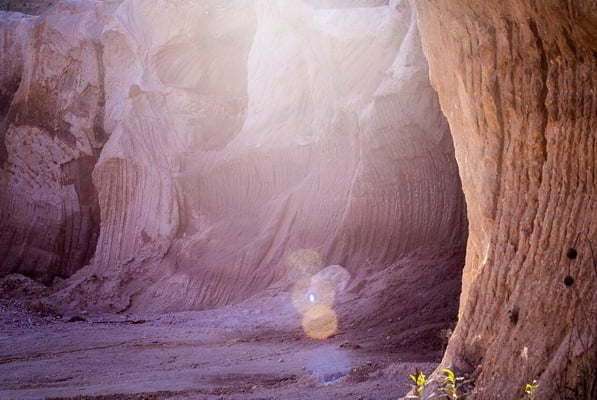 The statue is also striking in its size: about 1 meter in length and 90 centimeters in height. Prior to this, the largest of the bronze sculptures of animals found did not exceed 28 centimeters in length.

The six sacrificial pits already surveyed at the Sanxingdui site were filled to the brim with thousands of bronze, gold, jade, and ivory objects that were ritually smashed and burned before being buried by the Shu people about 3,100 years ago.

Of the approximately 13,000 items recovered from the pits since excavations began in 2020, less than 2,500 have been found intact.

The excavation of Pit No. 8 is ongoing and is expected to be completed in about a month.