(ORDO NEWS) — A newly discovered source of repetitive fast radio bursts has deepened the mystery of what exactly could be generating these powerful bursts.

The source, first discovered in 2019 and named FRB 190520B, appears to frequently emit millisecond bursts of powerful radio waves.

This has allowed astronomers to conduct analyzes that reveal information about where it comes from in the universe and the space around it.

These analyzes suggest that there is probably more than one mechanism in the vast cosmos that is capable of producing these strange bursts.

Fast radio bursts (FRBs), as the name implies, are very fast bursts of radiation (only a millisecond long) that flash brightly in the radio wave range.

Most of them come from other galaxies (only one source has been found in the Milky Way) and they are extremely bright, releasing as much energy in an instant as 500 million suns.

Most of these flashes have been detected only once: they appear out of nowhere, flash once, and we don’t see them again. This makes them nearly impossible to predict and very difficult to track and study.

But several sources (now three) have been rediscovered, and they offer a tantalizing opportunity to understand what’s going on. Maybe.

The FRB found in the Milky Way came from a type of dead star called a magnetar, suggesting that at least some of the FRBs are caused by magnetar eruptions. But there are still many unknowns.

“Do those that repeat differ from those that don’t?” says astrophysicist Kshitij Aggarwal of West Virginia University.

The signal about the discovery of FRB 190520B came to Earth in May 2019, it was discovered by the 500-meter aperture spherical radio telescope (FAST) in China, and in November of the same year it was found in the data.

Subsequent observations of the position in the sky showed that the source was repeating.

Additional observations were made with the National Science Foundation’s Carl G. Jansky Very Large Array, which revealed a surprising set of features. The signals came from the vicinity of a very old dwarf galaxy, almost 4 billion light-years away from us.

Between radio bursts, the source appears to emit weaker radio emission. This suggests that fast radio bursts come from a compact constant radio source, the nature of which is unknown.

If you’re a fan of fast radio bursts, this might sound familiar to you. This is because these characteristics are consistent with another known repetitive fast radio burst, FRB 121102.

This was the first FRB ever traced back to its source, the outskirts of a very old dwarf galaxy 3 billion light-years away. And it is also associated with a compact constant radio source.

“We now have two such sources, which raises several important questions,” says astronomer Casey Lowe of the California Institute of Technology.

We don’t know, for example, whether single FRBs repeat at energies too low for us to detect.” But scientists have thought for some time that there could be at least two different mechanisms for bursts to occur, and the discovery of FRB 190520B fits that idea.

are a kind of neutron stars – the collapsed superdense core of a massive star after its supernova and death, but they also have an extremely powerful magnetic field.Maybe that ordinary neutron stars and magnetars emit FRB differently.

Further analysis shows that another feature of fast radio bursts may not be as useful for measuring the universe as astronomers thought.

This feature is called the measure of dispersion, and it has to do with how light is scattered by dense gas in the space between us and the source. Higher frequency waves propagate more efficiently than lower frequency waves and this can be used as a reference for measuring distance.

For FRB 190520B, the dispersion index indicates that the source is between 8 and 9.5 billion light years away. However, independent distance measurements show that the galaxy is not that far away.

“This means that there is a lot of material near the FRB that could confuse any attempt to use it to measure gas between galaxies,” says Aggarwal. “If that’s the case for others, then we can’t count on FRBs being used as space yardsticks.”

On the other hand, this suggests that the permanent radio source emitting FRBs is located in a very complex plasma environment, corresponding to the characteristics of a recent superluminous supernova. This suggests that whatever the source, it was formed quite recently – a “newborn” source of FRB.

“We also propose that FRB 121102 and FRB 190520B represent the initial stage of an evolving FRB population,” said astronomer Di Li of the National Astronomical Observatories of the Chinese Academy of Sciences in China, who led the study.

“A consistent picture of the origin and evolution of FRBs is likely to emerge in just a few years.” 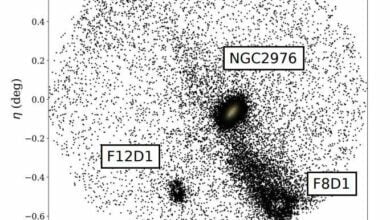 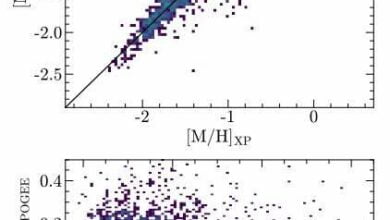